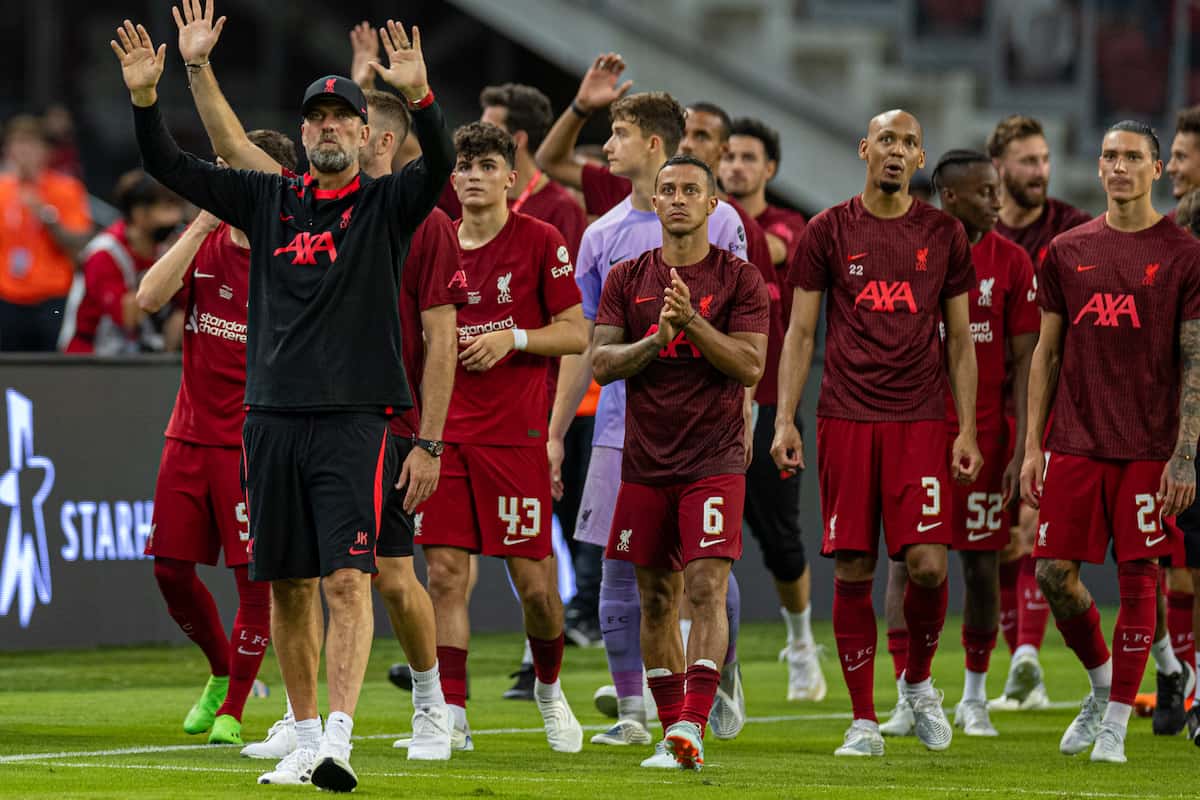 While Jurgen Klopp insists there are unlikely to be any further signings this summer, there are still two spots available in Liverpool’s Premier League squad.

The Reds did their business early with deals for Fabio Carvalho, Darwin Nunez and Calvin Ramsay, with the remainder of the summer spent finalising moves away from the club.

It is a commendable approach and one that has proved successful in recent years as new arrivals are given time to adjust to their surroundings, ideally over the course of a full pre-season.

So while there may be a clamour for another midfielder at Anfield, all signs point to Ramsay being the final addition ahead of 2022/23.

However, when Liverpool submit their squad to the Premier League following deadline day on September 1, there will still be two free spots.

Non-homegrown (Non-HG): Does not fit HG criteria, maxiumum of 17 to be registered

Premier League rules stipulate that clubs can register 25 senior players, with eight of those required to qualify as homegrown (HG).

To be eligible for HG status, a player must have been with any club within the English FA for at least three years prior to their 21st birthday.

If a club does not have the full quota of eight HG players, the number of non-HG players cannot be increased to fill the 25-man limit.

Players born on or after January 1, 2001 will qualify as under-21s for the campaign ahead and are therefore not required to be registered within the 25-man squad.

From last season’s Premier League squad, Liverpool have already parted ways with Sadio Mane, Takumi Minamino and Divock Origi, with Nunez the only new arrival that does not qualify as U21. 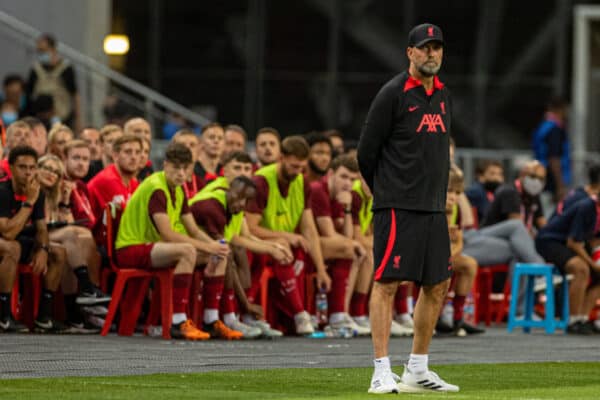 As such, the number of non-HG players has reduced to 15, while there are still seven HG players.

That means there are still two free spots from the allotted 17.

Of course, this can still change between now and the end of the transfer window, with Nat Phillips touted with a move away, which would reduce the number of HG players to six.

But in the unlikely event that Jay Spearing, who has rejoined the club as an academy player-coach, is registered for the Premier League, he will also class as HG.

But the non-HG limit is no longer a problem for Liverpool, as has been the case in previous seasons when senior players have been omitted from the Premier League squad.

While it does not indicate that Klopp is, after all, still planning to make one or two more signings this summer, it at least proves that there is space for them if plans do change.