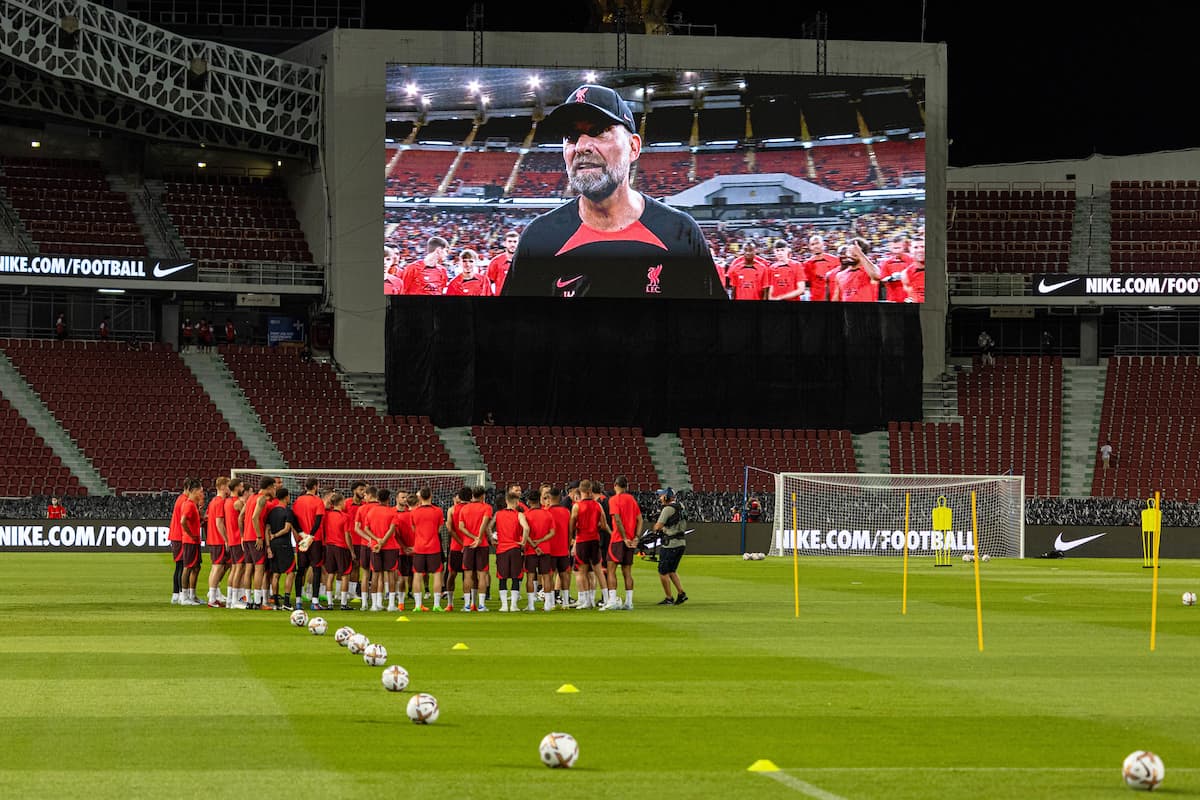 It’s time for the first game of pre-season and it sees Liverpool meet Man United in Bangkok, Thailand! Here’s how to watch on TV and online.

The Reds’ pre-season got underway for many eight days ago at the AXA Training Centre but it was only three days ago that those who were on international duty made their return.

It allowed Jurgen Klopp to name a 37-strong squad to take to Thailand, and subsequently Singapore, and expect to see plenty of the players in action today.

As pre-season games go, they don’t get much bigger than against Man United but the result is secondary with fitness the priority at this early stage.

That does not mean we don’t want to see an early win against the bitter rivals, who may fall victim to the Reds’ new hypnotic away kit!

Liverpool vs. Man United is being shown live on LFCTV in the UK, which is available to live stream here.

Fans outside of the UK can watch Liverpool vs. Man United on LFCTV GO here, with a full match replay and highlights also available after the games.

Supporters can find the Reds’ first pre-season fixture on the following channels worldwide:

You can follow all the action today and throughout pre-season with us by downloading the This is Anfield app for iPhone and Android for free.