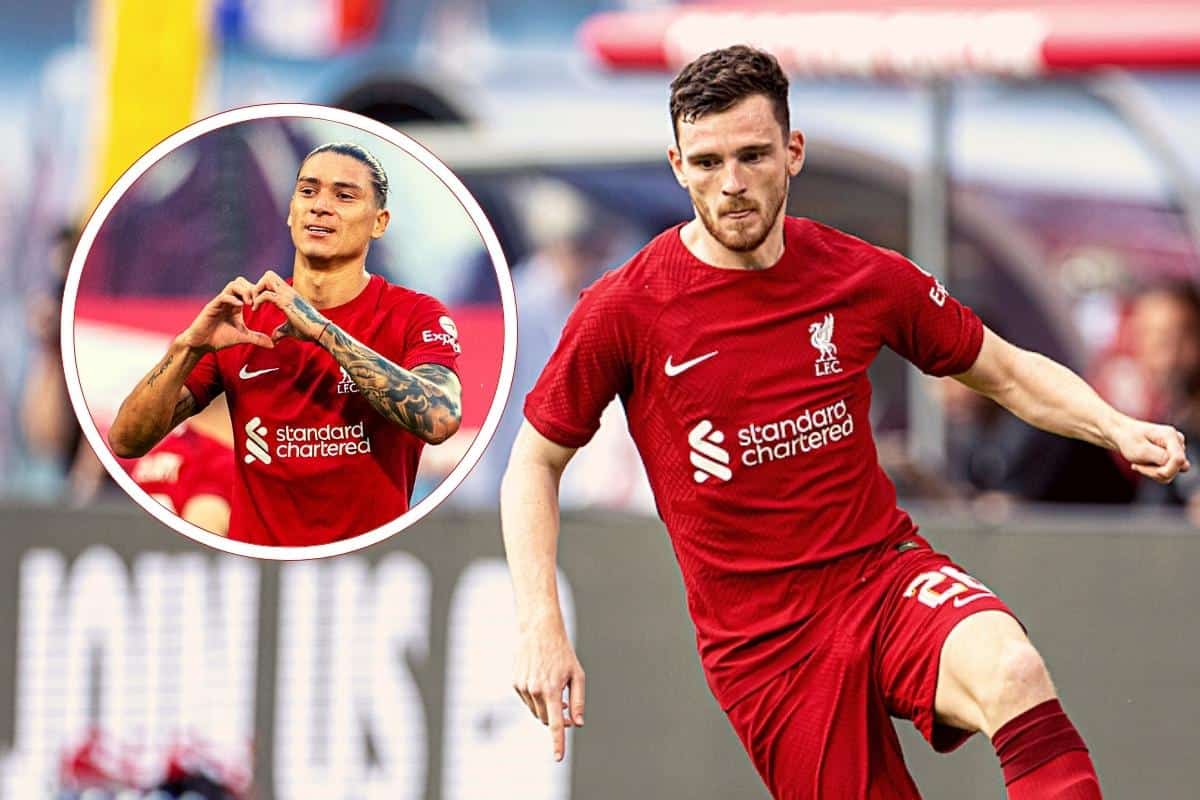 If there’s one player who knows just how long it can take to settle at Liverpool, it is Andy Robertson, who has no doubts over Darwin Nunez and his transition period.

The Reds’ new No. 27 enjoyed a productive 45-minute outing against RB Leipzig, scoring four of Liverpool’s five goals in a confidence-boosting display.

In Jurgen Klopp‘s eyes, it was the “perfect night for him” after a predictable yet ridiculous reaction to his first two games in pre-season, just a week after he joined the team.

Like many of Klopp’s signings, the adjustment period is not instantaneous and it is no different for Nunez who the manager acknowledged is “a different striker to what we have or what we had.”

Robertson has first-hand experience of finding his feet at Anfield, and after witnessing the Uruguyan score four goals against Leipzig, the left-back had plenty of words of wisdom to share.

“It always takes time to get used to new signings. We’ve all been through it ourselves, so it’s no different,” Robertson told LFCTV in Leipzig. 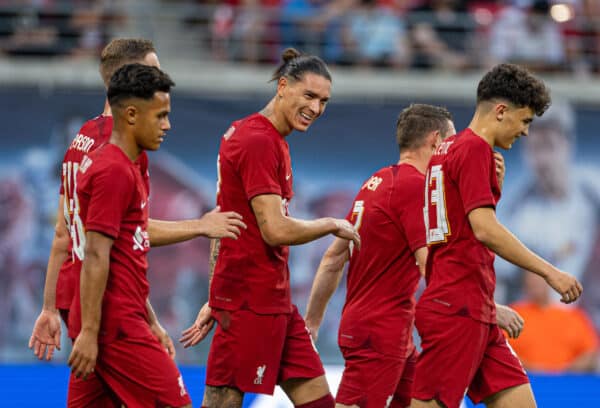 “Today will do him a world of good. Today will give him a lot of confidence in terms of [being] in front of goal and everything, which is obviously so important for a striker.

“So, delighted about that and we don’t have any worries about him. But it’s just about having a bit of time with him, having a bit of patience, and we’ve got that and hopefully, the Liverpool fans have it as well.”

The Scot hits the nail on the head regarding any reactionary takes, with it still being pre-season and while Luis Diaz was an exception, patience is needed for Nunez and his teammates as they all adjust to the tactical tweaks and demands.