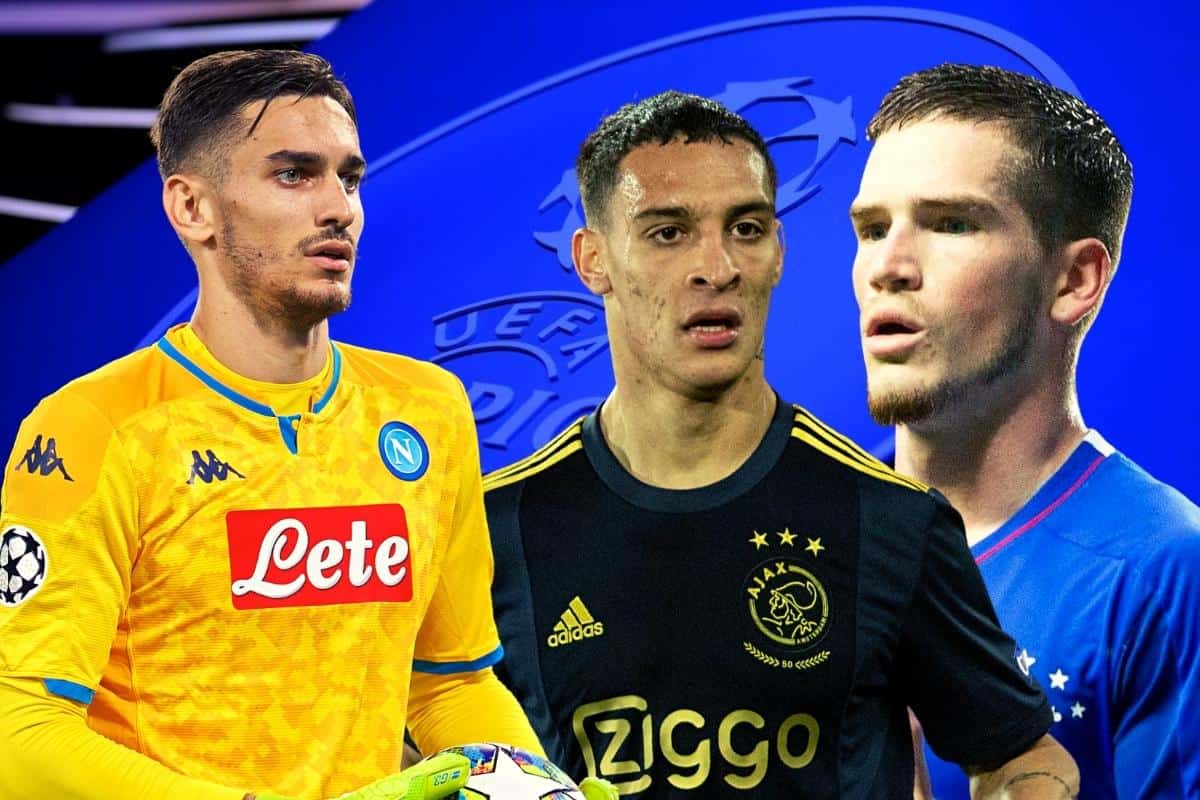 Liverpool now know their Champions League opponents for the group stage this season and there’s no totally unfamiliar name in the mix – even though we’re yet to face one club.

Depending on your perspective and what you enjoy about European nights and midweek football, there are generally three factors which come into play when deciding if a group draw is ‘good’ or not.

There’s travel – nobody wants to head to farthest Azerbaijan, which is why we don’t like the Europa competitions.

Keeping it short-haul before important league games; there’s avoiding (or facing, if you love the big clashes) the best teams in Europe early on, and there are the cities themselves and the possibility to visit new ones on midweek breaks.

By that token, Liverpool facing Dutch club Ajax, Italian side Napoli and Scottish Premiership outfit Rangers is a bit of a mix.

Fans will get to head to Amsterdam, which they missed out on last time we met, but a coach north to Glasgow might not hold entirely the same appeal for some.

On the other hand, that game is a new adventure in terms of on-pitch action, which absolutely cannot be said about Napoli, who are verging on ‘boring’ territory for fans given how many times we’ve been drawn together over the last five years. And perhaps because we don’t do well there all the time!

We’ll leave the logistics and discussions on whether these are great trips to enjoy to the fans; here’s what to expect from each club on the pitch. 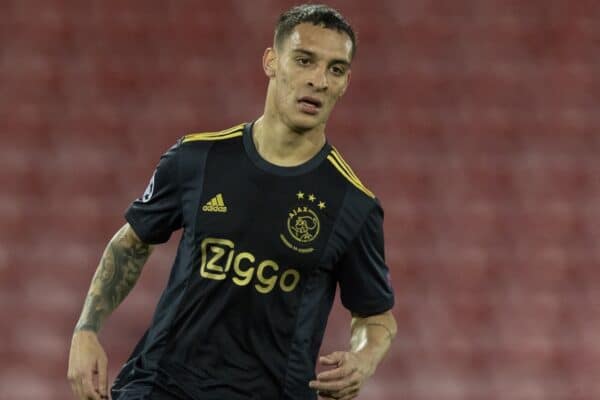 The Dutch masters, this time with supporters! We were denied a final meeting of European royalty with them a few years ago when Spurs netted a really late winner, but Liverpool did then face Ajax in the 2020/21 groups.

Liverpool won both by a single goal – the highlights being a Curtis Jones winner and a big Caoimhin Kelleher performance in one of those games.

They’ve undergone quite a transformation since then; Erik ten Hag was boss until summer but, of course, departed for Man United thereafter, with Lisandro Martinez following him.

Now coached by Alfred Schreuder, they are still a 4-3-3 side playing much the same way as usual, with a huge influence from the wide forwards and a new-look defensive partnership.

Manager: Alfred Schreuder. He was a coach or assistant with the likes of Huub Stevens, Julian Nagelsmann, Ten Hag and Ronald Koeman, in between a couple of short managerial stints of his own. He took Club Brugge to the title last season in Belgium and has a two-year deal at the Johan Cruyff Arena.

Last season: Title-winners by two points ahead of PSV. They also reached the KNVB Cup final but lost in the final. In Europe, Ajax reached the round of 16 before losing to Benfica 3-2 on aggregate, with the Portuguese side then progressing to face Liverpool.

Players to watch: Now that he doesn’t only play six minutes plus stoppage time each week, Bergwijn is back in scoring form – he has four in the last two.

Dusan Tadic is playing a little deeper now, with Brobbey a more conventional No. 9, while new signing Bassey looks likely to partner Jurrien Timber at the back. Then there’s Antony: a ridiculously talented Brazilian winger, but right now not a €100 million one. It remains to be seen if he’s at Ajax or Man United when these games roll around. 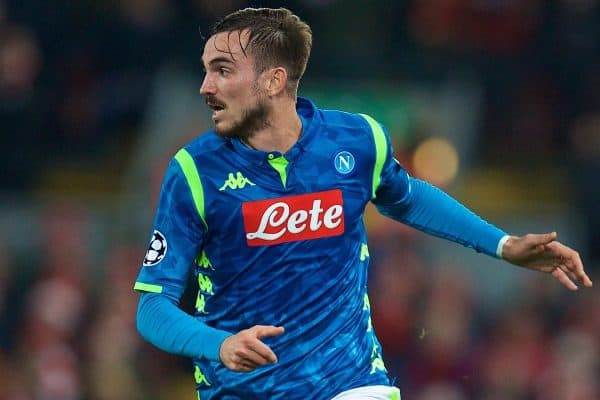 Can we just do a Panini stickers-style swap for another Serie A side? Every Reds fan by now will know what it’s like to face Napoli – very hard and a bit of a grind – after facing them in 2018 and 2019.

Three years is a bit of a long time in football though and this is a somewhat different team in style: more adventurous, more attack-minded, more prone to implosions.

Under Luciano Spalletti they are another 4-3-3 opponent, more about ball-winning and powerful runs from midfield and then devastatingly good in the final third.

There are defensive concerns though – Kalidou Koulibaly’s exit is obviously a big one this summer, while iconic forwards Dries Mertens and Lorenzo Insigne both left too. Kim Min-jae (Fenerbahce) and Andre Zambo Anguissa (Fulham) are the big-money arrivals, but there’s another who has made a much bigger, faster splash too.

Manager: Luciano Spalletti has been around the houses alright – he’s done Roma and Inter already, plus Zenit and a bunch of other smaller Italian sides. He is very fun, a tremendous coach and capable of more greatness than he has so far achieved, to be honest. This is his first job in two years.

Last season: Third in Serie A after a very strong run of form to end the season with. Never entirely looked like being in the mix for the title but only finished seven points behind Milan.

They finished second in their Europa League group, then lost to Barcelona in the knock-out playoff.

Players to watch: Piotr Zielinski, of a million Liverpool transfer rumours, is still a key man in midfield. Up front is the tenacious, technically superb and all-round powerhouse Victor Osimhen. And on the left wing is new signing Khvicha Kvaratskhelia, who has magnets in his boots and loves a shot from range.

Considering we’ve never actually played a competitive game against Rangers, there’s a few modern-day links between the clubs, the biggest of which was of course Steven Gerrard being manager there.

The boss is gone, replaced by Giovanni van Bronckhorst, but Ryan Kent remains and included in Rangers’ summer transfer work was defender Ben Davies, who we sold without ever playing a game in Red.

Rabbi Matondo, Ridvan Yilmaz and Tom Lawrence were also new additions, with Bassey’s aforementioned £20 million exit to Ajax the biggest sale by a distance. Joe Aribo moved to Southampton too.

They’ve played both 4-2-3-1 and 4-3-3 this season, with the current style still seeing plenty of similarities from Gerrard’s time: full-backs get high upfield, wide forwards have to contribute a lot in build-up play and goals and assists come from right-back with regularity. 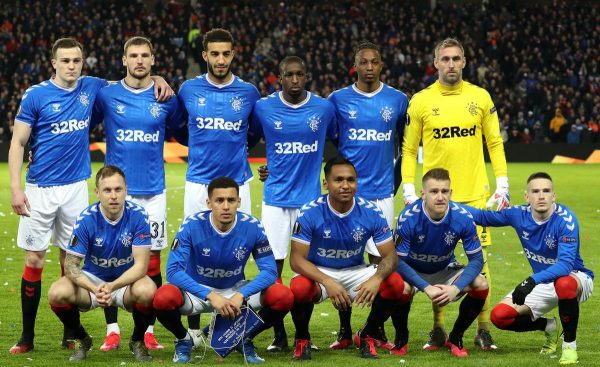 Manager: Van Bronkhorst was at Feyenoord and Guangzhou before his current job and had success at the former, winning a league and a couple of cups. He’s a Rangers icon from his playing days and the fans seem to largely appreciate his efforts in the dugout so far, too.

Last season: Second in the Premiership, four points off Celtic. In Europe they came second in their Europa group, before a magical run to the final: they knocked out Dortmund, Red Star, Braga and Leipzig along the way before losing to Eintracht on penalties.

Players to watch: Right-back James Tavernier is a set-pieces, penalties and assists demon for them. Matondo and Kent are tricky and pacey, if inconsistent, and Antonio Colak is the new No. 9. He has two goals so far, with Alfredo Morelos now relegated to sub appearances and, thus, fewer red cards – just one for him so far this term.

2022/23 so far: Three wins and a draw, two points off the top. It’s looking familiar already north of the border.