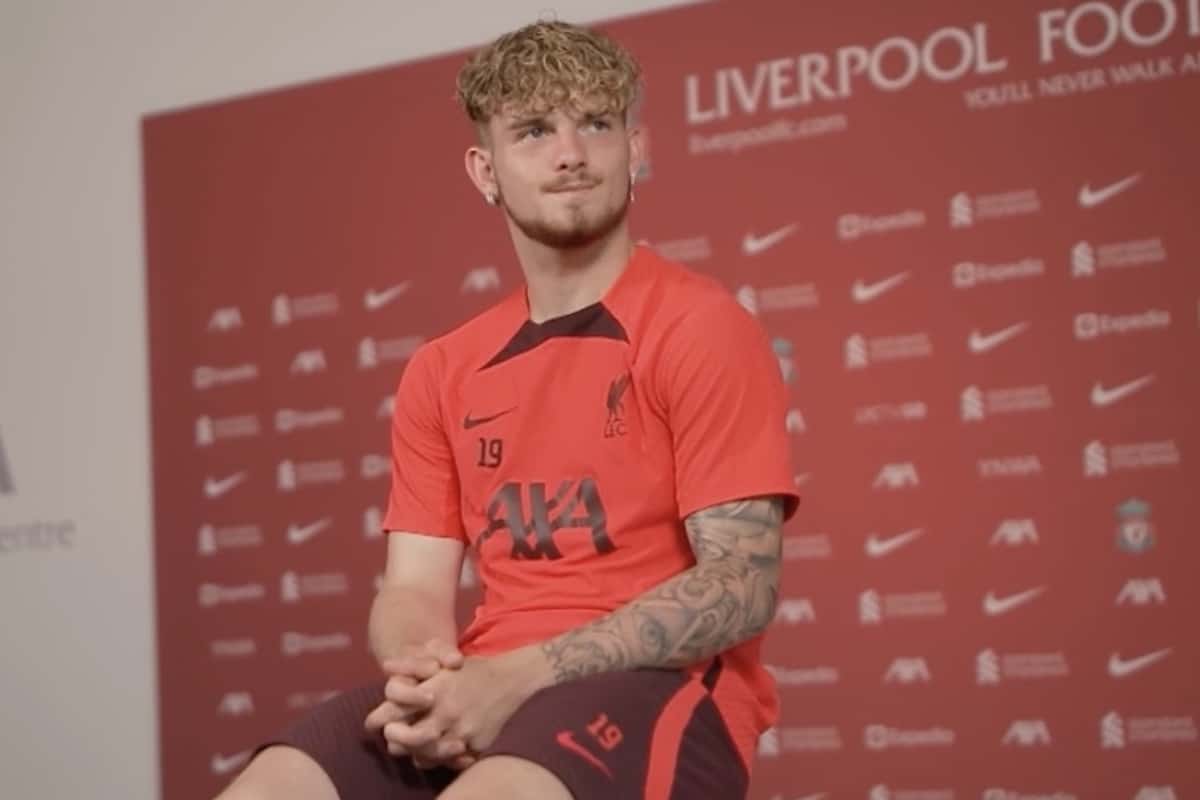 Harvey Elliott put pen to paper on a new long-term Liverpool contract on Thursday, and Jurgen Klopp believes there’s a lot more to come from “a special young player.”

Reports suggest the 19-year-old has now extended his stay at Anfield until 2027, having initially joined the club from Fulham in the summer of 2019.

The England under-21 international looks set for his biggest season yet, having recovered from the nasty ankle injury that brought an unfortunate end to his promising start to last season.

Now fully fit again, and with a full pre-season under his belt, Elliott is expected to play a prominent role in Klopp’s side for the upcoming campaign.

The Liverpool boss has expressed his delight at Elliott’s new contract and believes this is only the start of an exciting journey for the youngster.

“There is so much to like about this,” Klopp told Liverpoolfc.com.

“For us, as a club, we get to continue our journey with a special young player who has already made a big impact on Liverpool FC.

“For Harvey, he gets to carry on developing, improving and hopefully fulfilling his incredible talent at the club he has always supported. What’s not to like?”

Elliott could be set to play a pivotal role for the Reds in the coming weeks, with Thiago, Alex Oxlade-Chamberlain and Curtis Jones all currently out of action.

The new contract is a timely boost for a player who looks set to play a big role at Anfield in the years to come.

Klopp also praised the midfielder for his reaction to the ankle injury that disrupted his progress last season.

“Harvey got a big knock last season but, like all of the experiences he has had so far, he used it to grow as a person and a player,” Klopp continued.

“It was always obvious that he was a good footballer but taking the next steps was always going to be about using information and experiences to grow and this is exactly what Harvey is doing.

“Now it is all about carrying on enjoying his football as much as we enjoy watching him develop. It is an exciting time for him and for us.”