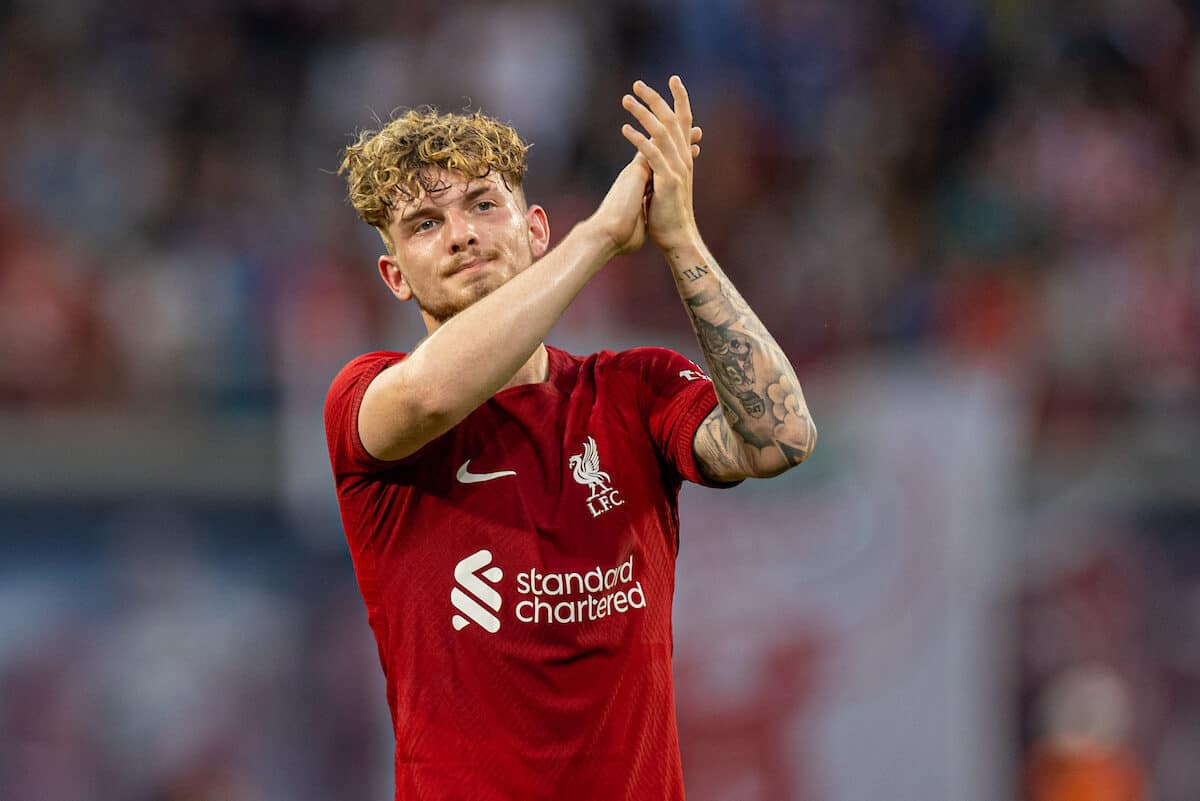 Four days on from a record-breaking win and Liverpool are back at Anfield on the hunt for another three points, with Jurgen Klopp naming an unchanged side against Newcastle.

The Reds got the much-needed victory last time out, injecting a timely feel-good factor with the season now starting its relentless schedule in the lead-up to the World Cup.

Newcastle are tonight’s visitors, a side that are unbeaten in their opening four league games, with draws against Brighton, Man City and Wolves coupled with an opening day win over Nottingham Forest.

Klopp provided a welcome update prior to the game that there is “light at the end of the tunnel” in regards to the current injury list and that is reflected in tonight’s squad with Joel Matip and Curtis Jones back on the bench.

Alisson is out for this second clean sheet and sits behind a back four of Trent Alexander-Arnold, Joe Gomez, Virgil van Dijk and Andy Robertson.

In midfield, Fabinho starts alongside Jordan Henderson and Harvey Elliott – who has been cleared of any fitness issue.

An unchanged front three sees Mohamed Salah, Luis Diaz and Roberto Firmino lead the line at Anfield and no doubt ready to back up their impressive showings from the weekend. 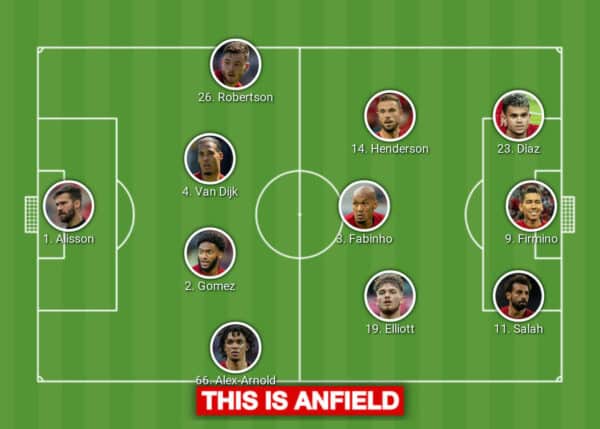