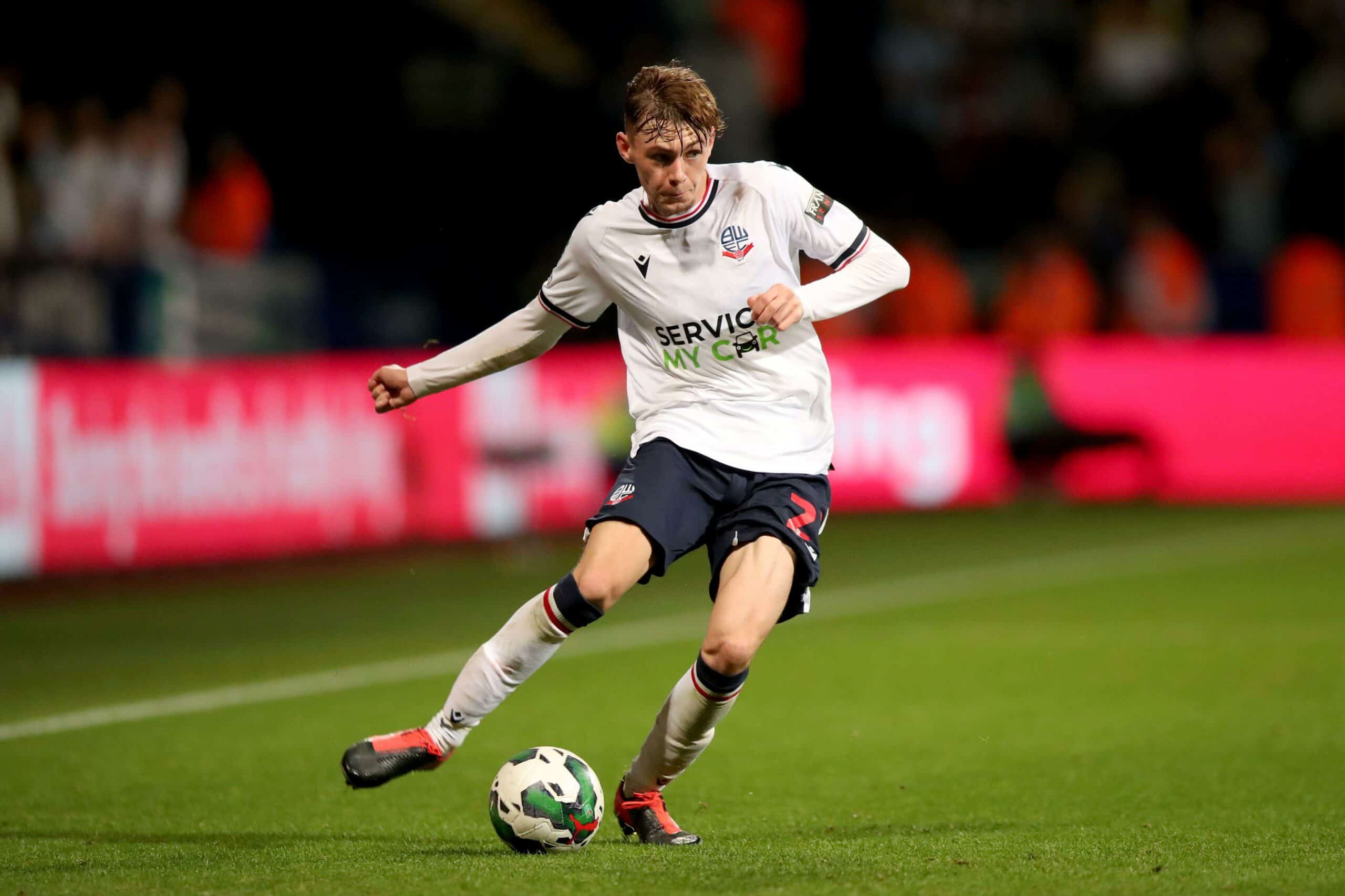 Liverpool right-back Conor Bradley is enjoying a remarkable start to life at Bolton, with the 19-year-old netting his first league goal for the club on Tuesday night.

Bradley is spending the campaign in League One, having made the move to Bolton following the Reds’ signing of Calvin Ramsay, as he seeks to gain regular first-team experience.

So far, it has paid off for the Northern Ireland international, who has immediately taken up a key role and immediately made his mark.

Tuesday brought his first league goal, with his close-range turn and finish sealing a 1-0 win over Morecambe that pushed Bolton into fourth in the third-tier after four games played.

No doubt in my mind that this guy is going all the way to the top. His goal last night sums up his performance, the energy and work ethic to get up there to be an option. Too good for L1. Someone tell Klopp he’s never having him back ? viva Conor Bradley #bwfc ?? pic.twitter.com/0bDuEKal2i

It was an impressively composed strike from the natural right-back, who is currently operating as a wing-back in a 3-4-1-2 formation under Ian Evatt.

Of course, that was not his first goal for Bolton, having already netted in a 5-1 victory over Salford City in the League Cup, while he has also laid on two assists already in his five appearances.

For Bolton fans watching on, it was further confirmation of his “football genius”:

Sometimes when you watch a player, no matter the level or amount of time you’ve watched them you just know they’re gonna be special. Conor Bradley 100% falls into that category. He’s gonna be a star

Torn between praising yet another superb performance from Conor Bradley and recognising that Will Aimson has stepped in fairly cold, but played superbly. Tough MOM call, for me, Clive… #bwfc

Been attack v defence like we probably all expected and we deserve our lead but the passing has been too slow and I want to see Dempsey slightly narrower in 2nd half. Aside from that, all hail Conor Bradley ??? #bwfc ??

How good is Conor Bradley!! #bwfc

Their regard for the Liverpool loanee was summed up with the Man of the Match award, too, with Bradley comfortably earning the club prize with 55.1 percent of the vote:

? Tonight's match-winner and your Man of the Match: Conor Bradley. https://t.co/x5EeYM35kM pic.twitter.com/kfWGSKBM1p

Evatt, meanwhile, is still hoping to keep his performances under wraps, joking in his post-match interview that: “If anyone from Liverpool is listening to this, he’s going OK!”

“He’s a wonderful young man and his performances, I’m not surprised,” he told the Manchester Evening News.

“I told you exactly how highly we rated him, but for me it’s just his character and the way he is.

“He just loves the game, loves football, wants to learn, a wonderful young man with a fantastic attitude.”

That serves as a nod to the growing belief that Bradley may already be playing below his level in League One, with there a chance that he is moved to another club during the January transfer window.

But the youngster insisted after the win that he is “loving” his time with Bolton.

“I’m loving it here so far. Since I came here the boys have been brilliant with me, they’ve helped me settle in really well,” he explained.

“Since I came here, I’ve been loving life, really.”