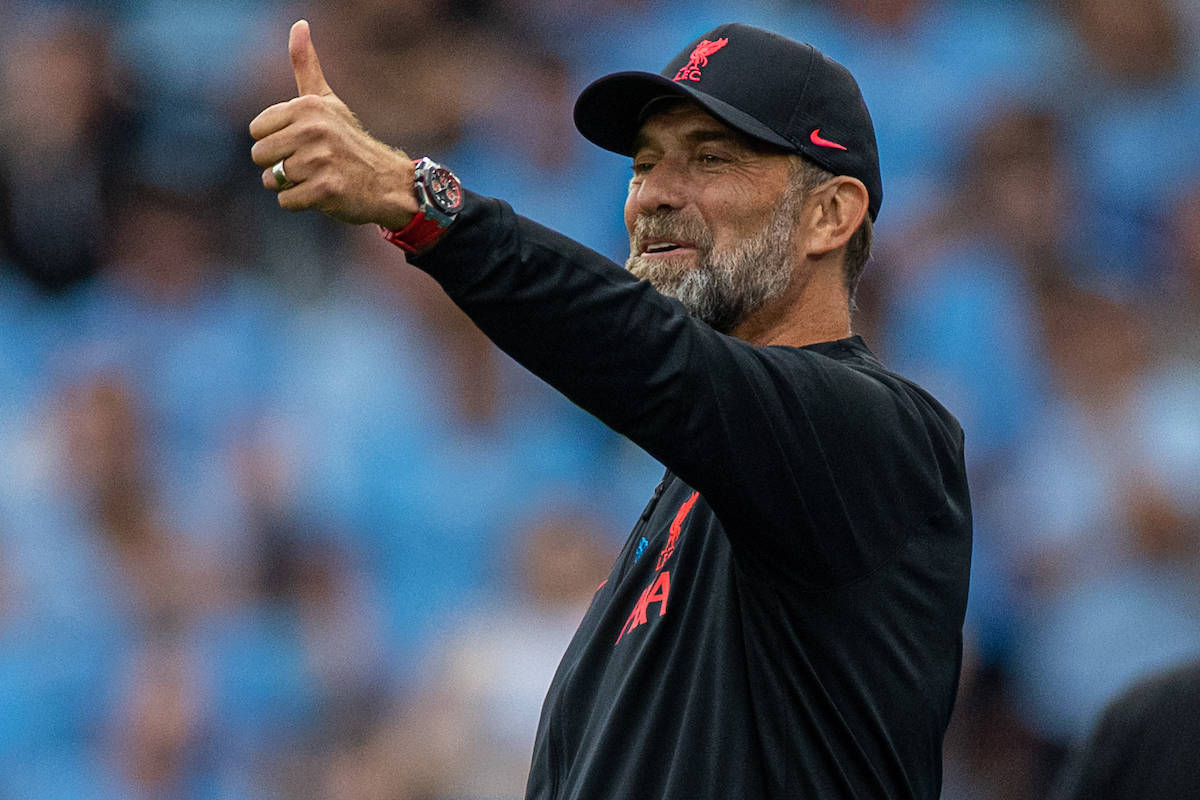 Liverpool’s path into the knockout stages of the Champions League has been confirmed, and fans felt a sense of deja vu after the draw.

Thursday’s draw saw Jurgen Klopp‘s side named alongside Ajax, Napoli and Rangers in Group A of the Champions League, paving the way for trips to the Netherlands, Italy and Scotland.

Liverpool’s three opponents each pose their own threat to the Reds’ hopes of redemption from last season, and while Napoli are no strangers, this is to be the first competitive meeting with Rangers.

There’s plenty of anticipation for what awaits and fans had plenty to say after the draw.

The draw took ages, but the end result was one Reds were content with…

An hour. A whole hour of my life. To discover that Liverpool will play two teams they've met about 500 times recently, and a Scottish club…which was such a shock Klopp had already booked his room at the Abbotsinch Travelodge…

Napoli (again) is boooring but that's a very favourable group. Could've been much worse https://t.co/KZU2fjej1T

“Firstly, that draw was like pulling teeth, every year.

As soon as Napoli came out you knew. Had a feeling we were heading to Scotland.

No gimme but it could have been worse – Bayern, Barca, Inter!”

– Kloppleganger on This Is Anfield

“Good group, even travel-wise with a weird season with World Cup seems to be great. Napoli has been tricky but they have lost a lot of experienced players.”

– Lighten up Francis on This Is Anfield

Easy groups really for the English clubs. Liverpool is probably the hardest of the 4. But still should get through the Group.

#LFC Great UCL group for Liverpool…at the very least that should be a boss atmosphere guaranteed at all 6 games!

Liverpool have a great #UCLdraw. The way the season has started, we always needed a kind group, and we’ve gotten just that. #UCL #LFC

What do you mean, Napoli AGAIN?

A guide to Liverpool and the Champions League draw:

Guaranteed to include Napoli or Porto. Rinse and repeat.

Liverpool are doomed to play Porto, Napoli, Ajax and the Madrid sides forever more in the European cup. I’m convinced of it.

Napoli might aswell be in the fucking Prem the amount of times we’ve played them the last few years.

Liverpool and Napoli every year after the UCL draw pic.twitter.com/MSlqTTVTK4

Napoli in our group the year after we lose the CL to Real Madrid? pic.twitter.com/5uL2T1StGv

And a familiar face awaits at Rangers!

Buzzing with that draw. What a night at Anfield that will be when Rangers are in town. Fingers crossed I can make it.

Rangers away. They love the queen we hate her. I simply cannot wait. Bring it on.

0 – Liverpool have never previously faced Rangers in a competitive match. The Reds' only previous European Cup/Champions League meeting with a Scottish opponent was in the 1980-81 last 16, beating Alex Ferguson's Aberdeen 5-0 on aggregate en route to winning the title. First.

Ben Davies, having never played for Liverpool, might play against them in the Champions League.

Might finally see this fella play at Anfield. pic.twitter.com/hjzaDtAex5

Both Ajax and Napoli have met Liverpool in the group stages in recent seasons, the latter proving tricky opponents, but it is Rangers that marks a first for the two sides.

Never before have they met in a competitive setting and it makes for an exciting battle ahead after they secured their place in the competition via the playoffs.

Liverpool’s exact fixtures will be confirmed in due course, but they do not have to wait long to kickstart their European campaign with the first tie to be played on September 6/7.

The condensed schedule makes it all the more important to get points on the board early as the group stage will take place over just eight weeks as opposed to the regular 12.