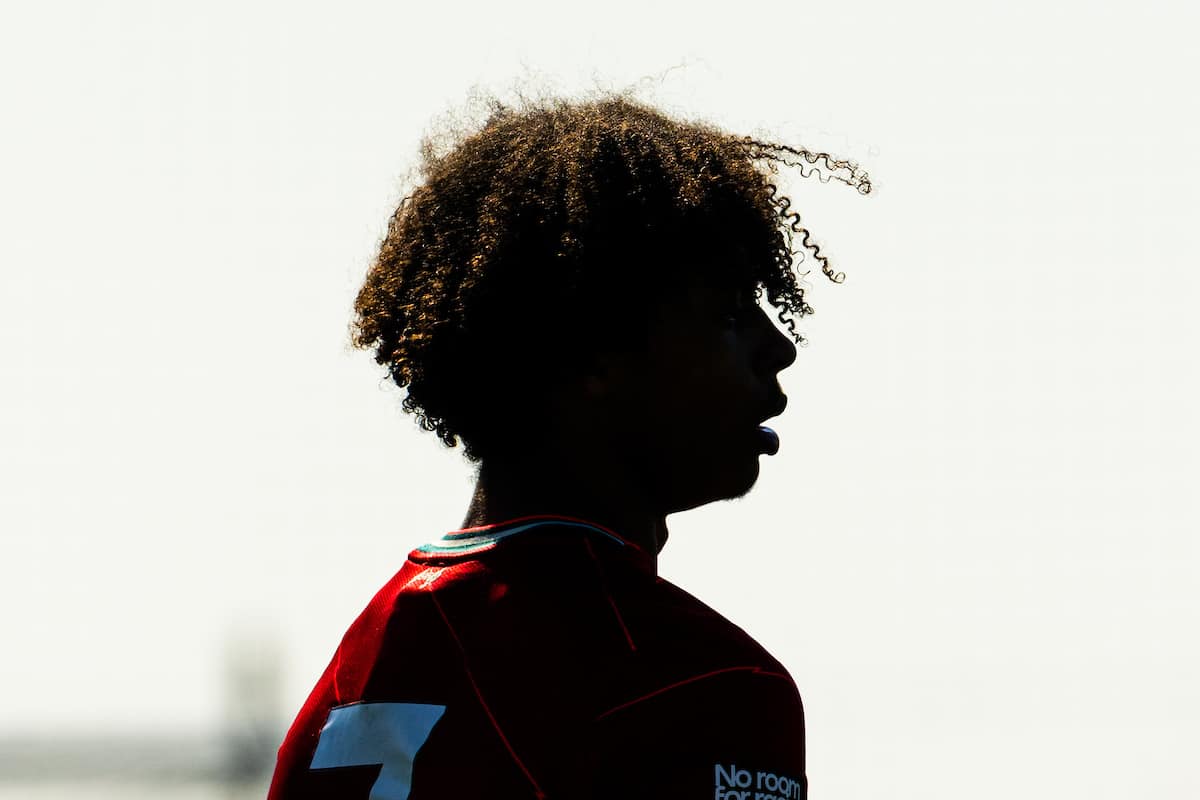 Liverpool U21s come from 3-0 down in thriller against Tottenham

Liverpool U21s played out a six-goal thriller away at Tottenham, as a young forward with first-team experience came on to inspire an impressive second-half comeback.

There were four changes from the starting XI that beat Blackburn last weekend, with Luca Stephenson, Dominic Corness and James Norris in for Isaac Mabaya, Stefan Bajcetic and Bobby Clark, who have all been training with the first team this week. Elsewhere, Layton Stewart was back from suspension, replacing Oakley Cannonier up top.

Much like the senior team in recent weeks, Liverpool started slowly, and were made to pay when Jarell Quansah was caught out on the ball and Romaine Mundle slotted home a Tottenham opener.

Slowly but surely, the Reds began to grow into the game. Shortly after the 10-minute mark, winger Melkamu Frauendorf had two opportunities to equalise, one of which saw him fail to capitalise on an open goal, with the German lifting his effort over the bar from the edge of the box.

In the 16th minute, we very nearly witnessed the Premier League 2 Goal of the Season in August! After the ball fell to him around 30 yards from goal, Corness sent a terrific left-footed volley crashing off the Tottenham bar. Some strike, and extremely unlucky.

Midway through the half, the Reds’ dominance was disrupted when referee Greg Rollason pulled up injured. Wouldn’t be a Liverpool game without an injury, would it?

It was a stoppage that proved costly for Liverpool’s momentum, with a quick-fire double from Yago Santiago putting the hosts firmly in charge towards the end of the first period.

In position at the Lamex Stadium for Liverpool U21s clash with Tottenham.

Isaac Mabaya, Stefan Bajcetic and Bobby Clark all with the first team, but Harvey Davies gets a game in goal.

Layton Stewart back from suspension, too. pic.twitter.com/hXuwlfqhwR

The Reds refused to admit defeat, and shortly after Tottenham centre-back Charlie Sayers was forced off with an injury, Liverpool had a goal back.

Luke Chambers, who was a constant threat from left-back again, saw his initial effort saved, before the England under-20 international bundled in the rebound to score his first goal in Premier League 2.

It was a strike that sparked Barry Lewtas‘ side into life, and after Corness hit the woodwork yet again, Max Woltman slotted the ball past Maguire for his second goal in as many games.

Minutes later, the comeback was complete. Harvey Blair, who changed the game for the Reds after being introduced in place of Frauendorf, thumped home an excellent strike from a tight angle.

With 10 minutes remaining, the Reds thought they’d gone ahead when Stewart got on the end of Norris’ cross to tap home, only to find the flag was raised for offside.

Both sides had chances to win it, but it ended all square, with Blair, who made his first-team debut in the League Cup against Norwich last season, inspiring a terrific comeback.