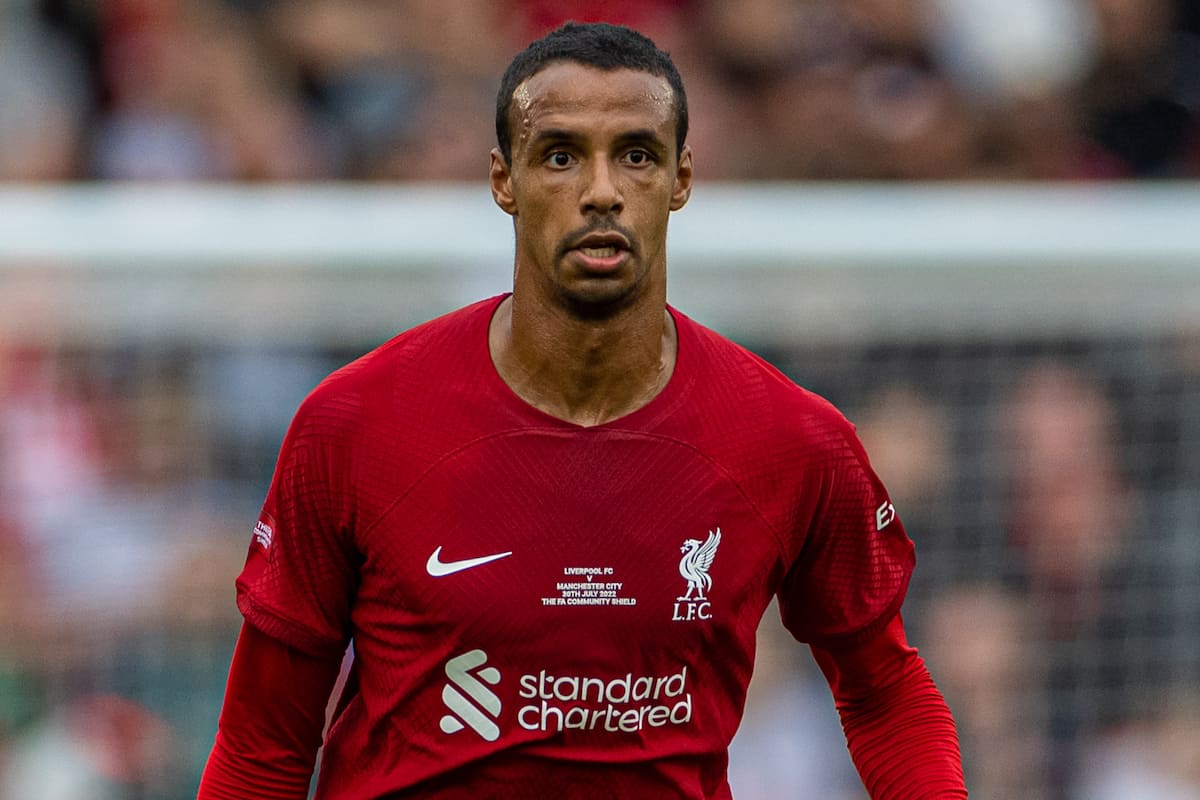 The Reds’ injury list continues to grow, with Joel Matip reported to have missed Friday’s training session due to ‘a groin problem’.

Despite the imminent returns of Naby Keita and Kostas Tsimikas, who Jurgen Klopp says are both in contention to be involved against Crystal Palace, a number of Liverpool’s senior players are still sidelined.

Centre-back Joel Matip, who started the Community Shield victory against Man City and the Premier League opener against Fulham, is reported to have missed training on Friday due to ‘a groin problem’.

According to the Telegraph‘s Sam Wallace, Matip sat out the session ‘in the hope he might possibly be ready’ for Liverpool’s first Premier League home game of the season on Monday. 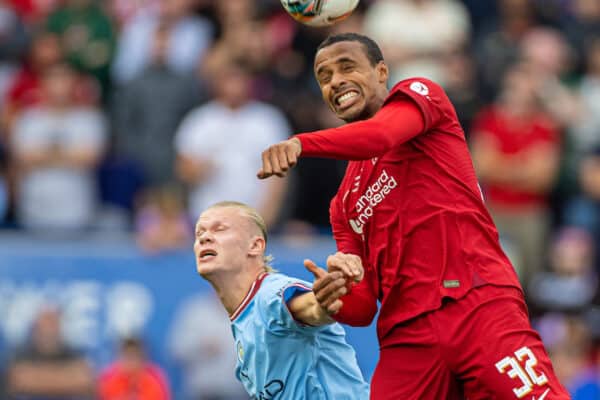 The Echo run a similar story, and claim the ex-Cameroon international was withdrawn from training ‘as a precaution’.

With Konate still unavailable, Joe Gomez would almost certainly go into the team alongside Virgil van Dijk should Matip be ruled out.

Liverpool’s defensive injuries are also having a knock-on effect on the future’s of the likes of Nat Phillips and Sepp van den Berg, who were both expected to leave either on permanent or loan moves this summer.

Klopp said last week that the injury to Konate would “probably” mean that Phillips would have to stay put for now, despite interest from the likes of Fulham and Bournemouth.

Van den Berg was on the bench against Fulham and is said to be attracting interesting from a host of Championship clubs, with Blackburn reported to be at the front of the queue.

However, reports on Friday suggest that move could be on hold due to Liverpool’s injury concerns, which would tie in with a possible problem for Matip.

After a host of injuries in the first few years of his Liverpool career, the 2021/22 campaign was arguably Matip’s best season at Anfield yet, having managed to stay fit for the vast majority of the season.

Klopp will be hoping that remains the case this season, and hopefully his absence from Friday’s session was nothing more than a precaution.