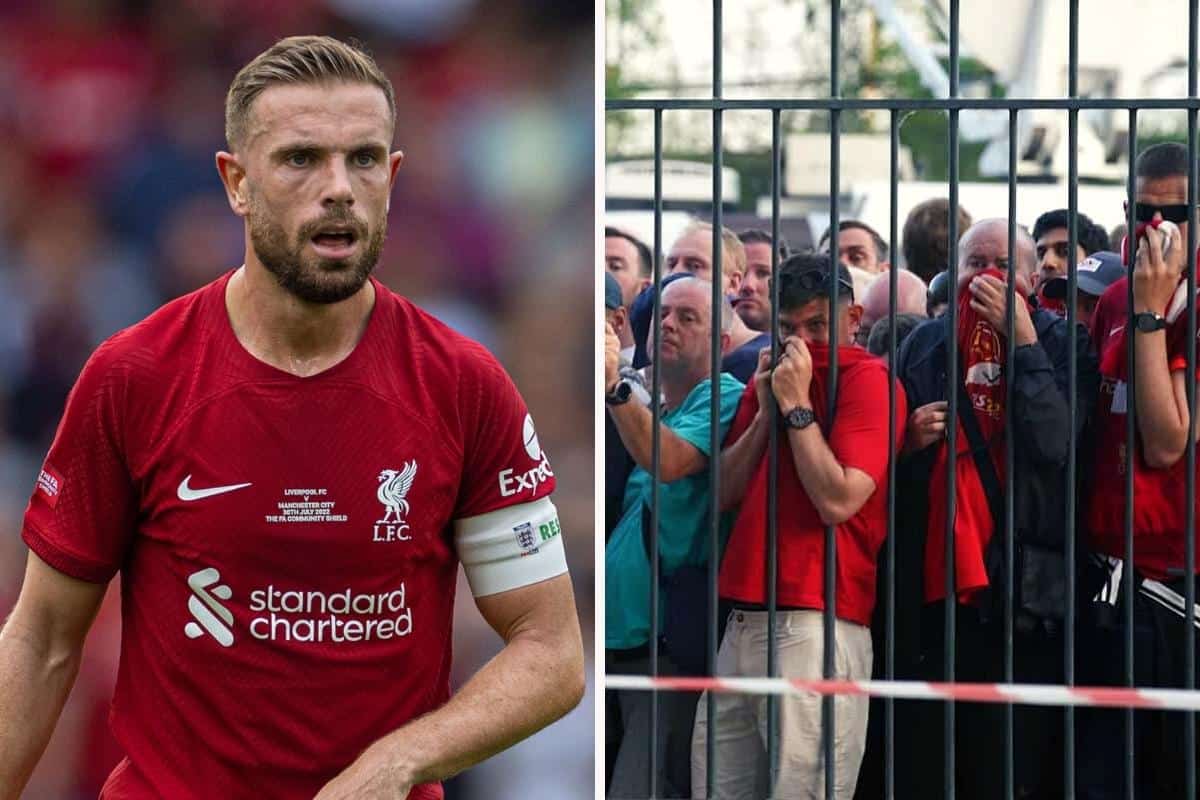 It is “absolutely non-negotiable” for football fans to feel safe and secure when they go watch their team play, something that was not the case in Paris during the Champions League final.

The events at the Stade de France and beyond continue to defy belief, with thousands of fans attacked with tear gas and by local gangs, then hung to dry by UEFA and the French authorities.

The scenes were heartbreaking and horrific and the lies that followed were abhorrent, and Liverpool and Real Madrid fans rightly stood up in the face of them amid ongoing investigations.

Fans were treated with contempt and stripped of all basic rights, forgoing the “non-negotiable” safety principles that supporters ought to be able to expect.

The families of the players were also caught up in the chaos and ahead of Liverpool’s return to Anfield, Jordan Henderson used his matchday programme notes to call for Paris to be a “watershed” moment.

“I always go into the new season not wanting to dwell too much on whatever happened in the previous one – for better or worse – but there is one element that I do want to look back on and that is the treatment of our fans in Paris,” Henderson penned.

“I know there is an inquiry going on at the minute, so I don’t want to say too much at this stage, but there is a basic principle that needs to be agreed on by all involved in football and that is that football supporters should always be taken care of.

“That is absolutely non-negotiable. Safety and security shouldn’t be asked for or campaigned for, they should be a given and in Paris this was not the case.

“All of the players and staff had family and friends who were caught up in the problems outside the stadium so we are all well aware of what went on and what went wrong.

“The only conclusion that anyone can come to is that something like that can never happen again.

“I’m not just speaking for our supporters here either. Every single football fan needs to know that when they go to a match, the authorities will look after them.

“For that to happen, Paris needs to be a watershed. It has to be a moment that brings about change for the better. Nothing else is acceptable.”

* You can order a copy of the Liverpool vs. Crystal Palace programme or subscribe here.