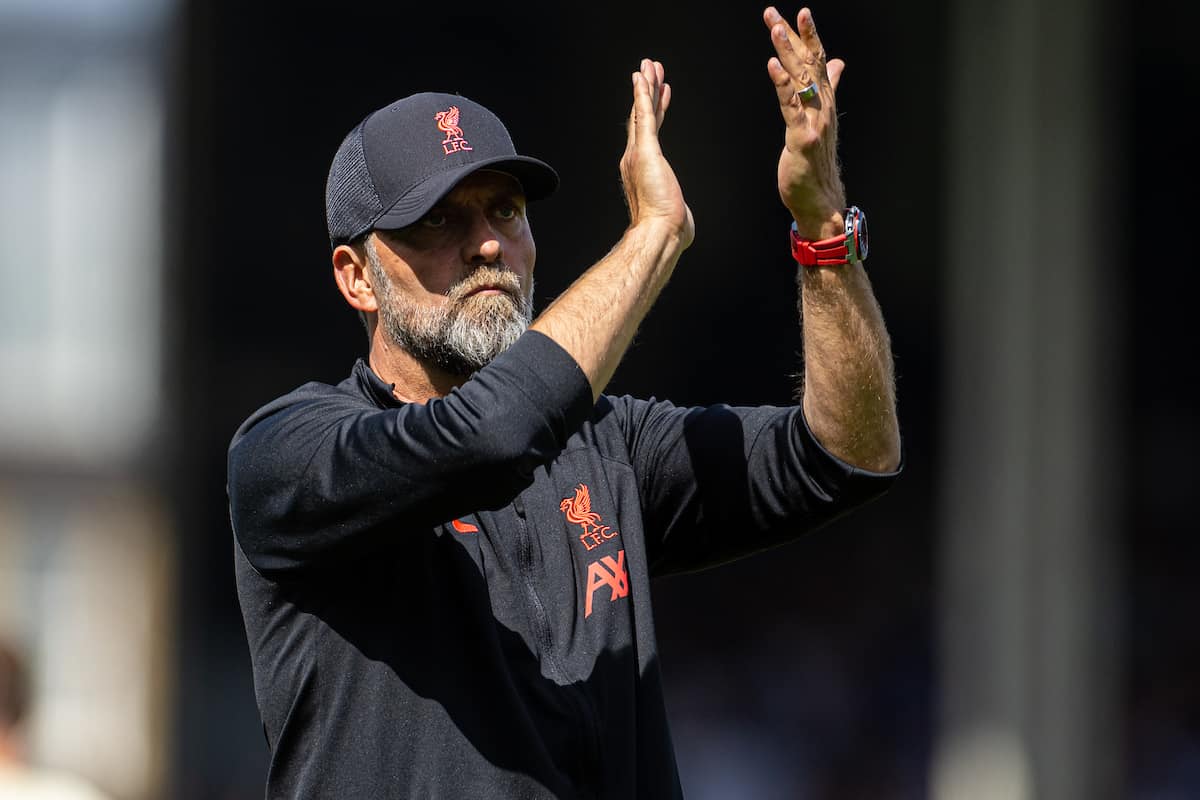 Liverpool’s midfield injury list is piling up, but Jurgen Klopp says “it doesn’t look like” the club will go back into the market before the end of the transfer window.

Thiago, Curtis Jones and Alex Oxlade-Chamberlain all remain out, amid calls from some sections of Liverpool supporters to see a new midfielder added to the ranks in the coming weeks.

However, Klopp remains relaxed with the options at his disposal and insists a transfer “only makes sense” if the right player is available.

For now it seems that player is not on the market, and despite assessing their options, the Liverpool boss has seemingly ruled out another midfield addition this summer.

“We have injuries, that’s how it is, now it’s a question of how long players will be out,” Klopp told reporters in his press conference previewing Monday’s clash with Crystal Palace.

“There are different solutions for it.

“One of them is the transfer market, which only makes sense if you can bring in the right player, not a player.

“If you bring in the right player it would make sense. We would have done that from the first day of the transfer window, but in some cases it’s not possible and in other cases extremely difficult.”

The Liverpool boss went on to reveal that Naby Keita and Kostas Tsimikas could be back in contention to face Crystal Palace on Monday, but eight players remain out.

However, when asked if the club were lining up new additions, Klopp insisted signings remained unlikely.

“I understand the question but I don’t understand it as well,” he continued.

“Because if there was the right solution we would have done it already, we are not stubborn, it’s just about the right thing to do.

“When people told me at the beginning of the season that we lack a specific kind of midfielder, I didn’t understand that, because if you search for specific things then you always lack something.

“If there would be the right player and there would be an opportunity we would do it, but I don’t see it because we had a lot of conversations already and it doesn’t look like something will happen.”