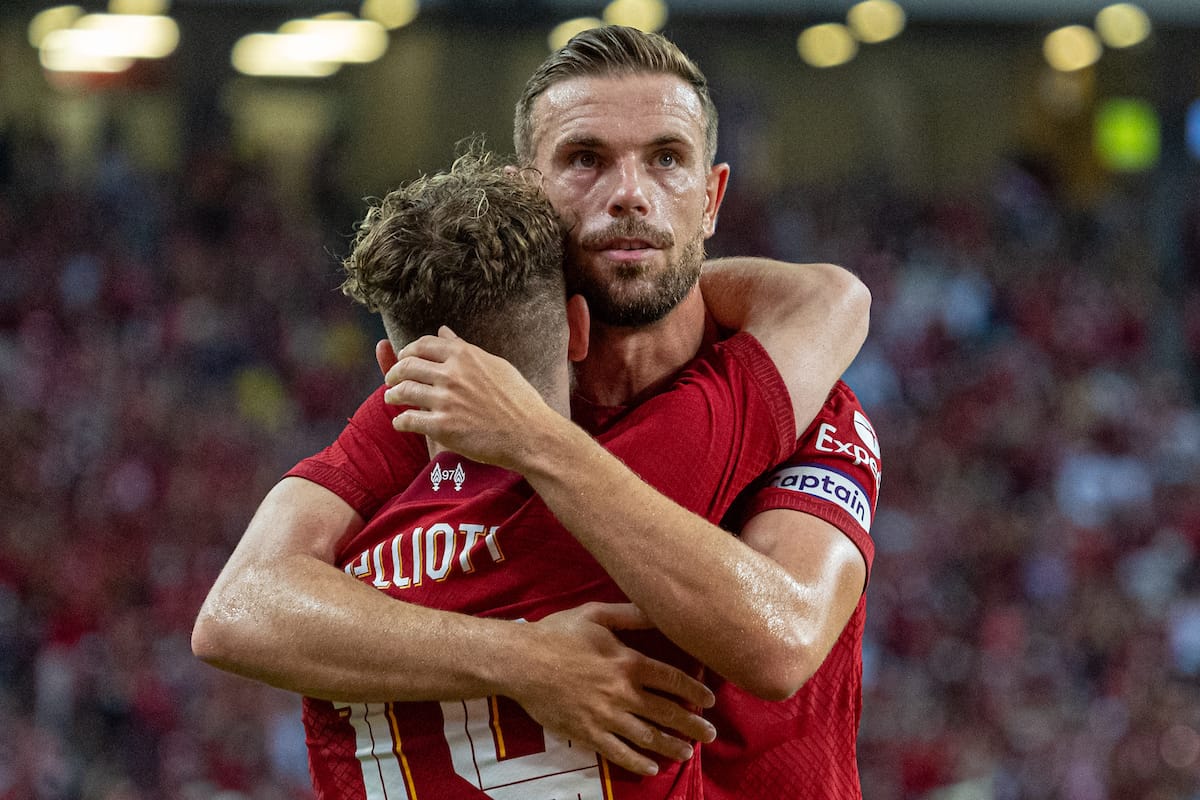 Liverpool’s current age profile in midfield is a concern to many and Jurgen Klopp has now addressed the topic, saying it will “change naturally.”

The manager has nine players he considers to be in his midfield ranks currently, they vary in age from 19 to 36.

Liverpool have not made a habit of signing older players and they make few exceptions, but what they have done is keep the core of Klopp’s side together and slowly mix in younger faces.

Three players above 30 and three aged 27 and above, the latter of which is widely considered the peak years. But both Keita and Oxlade-Chamberlain are out of contract next season.

It leaves plenty of focus on the next stage of the midfield evolution, something Klopp and the club is mindful of.

“That will change naturally,” Klopp said of the age profile of his midfield. 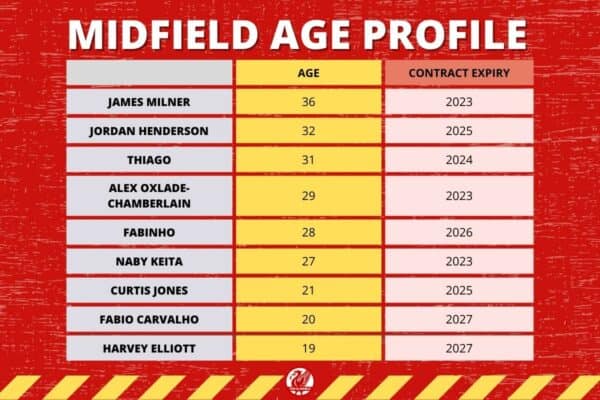 “In the moment we consider 29 and 30-year-old people as old then something is really a problem. I understand it, 100 percent.

“We have the young boys, we could lineup a really young midfield and it could work. They are already here.

“Stefan [Bajcetic] on No. 6, believe it or not he could play that, Harvey and Fabio [Carvalho], the average age would be 18.5. I would do that, no problem.

“If it makes immediate sense I’m not sure, but we could do it.

“They bring in experience, they have determination, they are the characters in this team. Very important. You cannot buy this.

“They developed it over years and now in the moment in their prime, we say you are not too old, but you’re getting too old.

“We will have an eye on that, definitely, I understand all these kinds of things.”

On the topic of the midfield, Klopp has admitted that Liverpool “always wanted” a midfielder this summer and made note of a target that opted for a different club – but the search is still on until the 11pm deadline on Thursday.