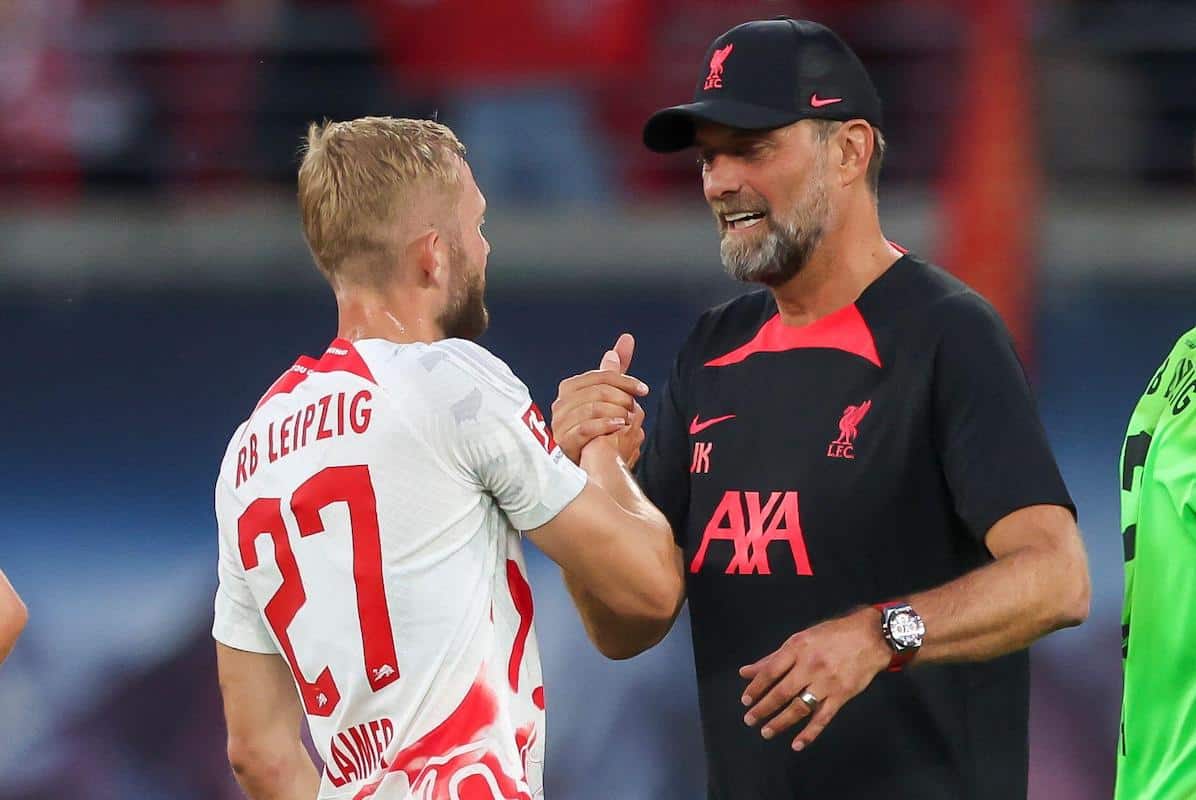 Jurgen Klopp admitted on Tuesday that the Reds’ search for a midfielder is ongoing in the final days of the transfer window, and Austria’s Konrad Laimer was on the list.

“There is still time,” the manager said of the transfer window on Tuesday while insisting that Liverpool will only act on the “right player” in what is a difficult market.

A number of names across European football have been linked, with Liverpool’s need not a secret in the media and beyond.

RB Leipzig’s Konrad Laimer has been one such name, the 25-year-old who has long been tipped to join Bayern Munich and reportedly agreed personal terms with the German champions earlier this summer.

A move did not eventuate, and Sky Germany’s Florian Plettenberg has now reported that the Reds “tried to get him in the last days” of the window but the move proved “impossible.”

Laimer is currently contracted until 2023 and that will have attracted Liverpool, who are said to remain “interested” suitors for the midfielder who, at this stage, will become a free agent next summer.

News #Laimer: Yes, #LFC tried to get him in the last days but it was impossible. Contract extension in Leipzig beyond 2023 is very unlikely, his departure as a free agent totally possible. Bayern still interested. Liverpool as well. More to come in the next months. @SkySportDE ??

Primarily a defensive midfielder, Laimer’s intensity off the ball and ability on it has seen his name grace a number of transfer wishlists across Europe, Liverpool included. 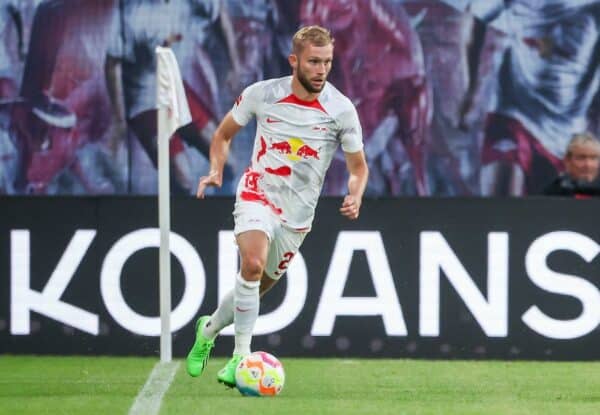 The Austrian started in the Bundesliga switching between a role in central midfield and at wing-back, he can also play on the right of midfield if needed.

An article by Bundesliga.com stated last year that “you’ll be hard pressed to find a player who harries the opposition quite as intensively as Laimer, who is also a dab hand at shielding the ball, recycling possession and facilitating counter-attacks.”

Laimer ticks a number of boxes then, but the Reds’ attempts have not proved fruitful and with just over 24 hours remaining in the transfer window, the hurdles to land a midfielder, the “right” one, will only prove more troublesome to clear.