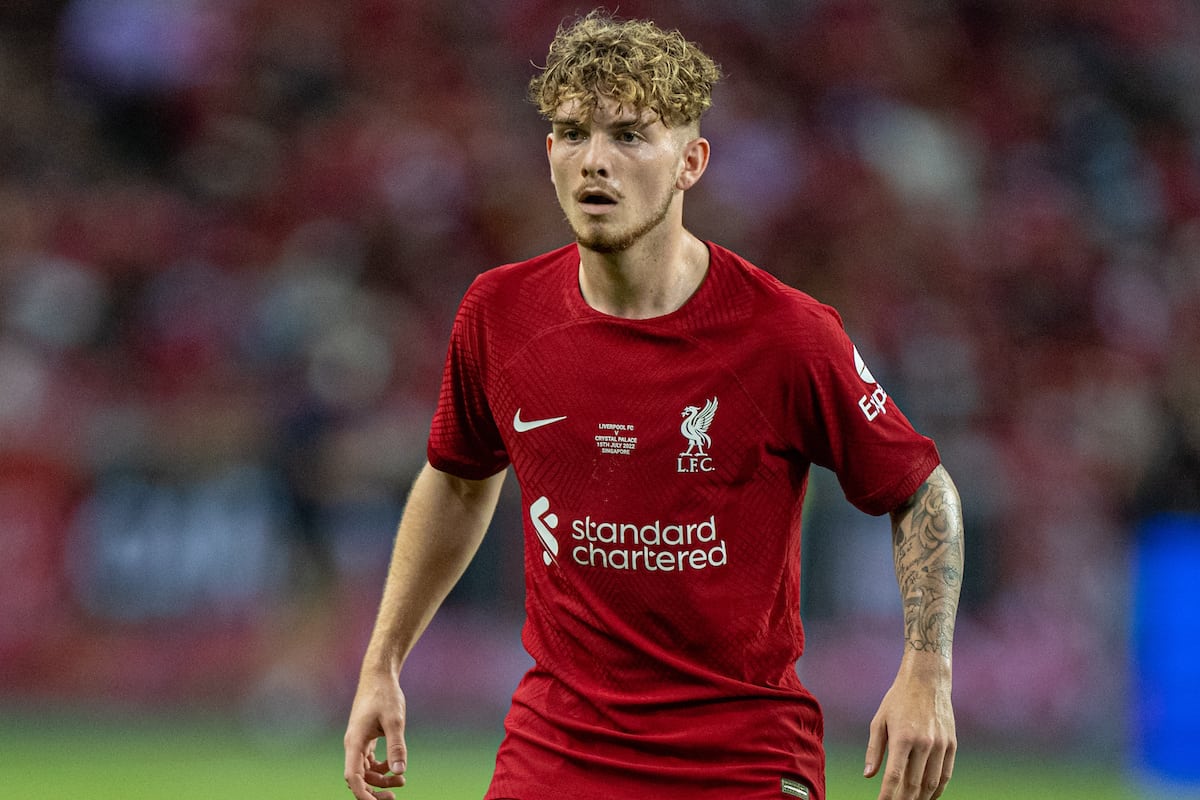 Liverpool made life difficult for themselves once more against Crystal Palace, but it was Harvey Elliott that caught the eye at Anfield in a disappointing 1-1 draw.

The 19-year-old earned his first start of the season as the Reds looked to bounce back after a lacklustre opening day.

The match was full of twists and turns and not all in favour of Jurgen Klopp‘s side, Elliott shone, though, and made the needed runs in both the defensive and attacking transitions.

“He’s a fantastic boy, super player,” were Klopp’s words for the teenager ahead of Monday’s match and Elliott showed his quality in his 79 minutes on the pitch.

A bright spark in a game that had its fair share of frustrations and fans voiced as much following the draw.

Harvey Elliott is my Liverpool man of the match, very difficult to play in that role on the right side & he executed it perfectly.

Harvey Elliott is an absolute live wire. Love the way he goes about it.

Harvey Elliott has been everywhere for Liverpool. I know lots of Twitter Reds want a new midfielder, but that spending culture just cuts out any opportunity for a young player looking to prove themselves. Class act so far. #LFC #LIVCRY #PremiereLeague

Playing against Harvey Elliott must be like trying to fend off the kids, when attempting to make it to the kitchen with four brimmed bags for life when returning from the big shop.

Harvey Elliott off for Liverpool. Good game by the 19-year old. Especially 1st half on fire

My biggest concern with Elliott, probably my only one, is how he would fare physically in the engine room. That's a big Palace midfield and he's snapped into them and has won the ball back. What a talent

Only positive Harvey Elliott, apart from that absolutely abysmal ?

What a player Harvey Elliott is going to become #LFC

That’s really really disappointing, the first half was so entertaining I was sure there was goals to come. Harvey Elliott was unbelievable that first half both in terms of passing and interceptions, has to be the starting RCM for me

Elliott was brilliant tonight. Diaz superb. Not all doom and gloom.

Elliott penned a new long-term contract on Thursday, an indication of how highly he is rated in the side and the role he is to play this season.

The 19-year-old’s display was one that promises more and his chemistry with Trent Alexander-Arnold and Mohamed Salah bodes well for what lies ahead.

But the performance came in yet another draw for Liverpool, a result they cannot afford having been on the end of such fine margins in the Premier League in recent years – one confounded by the idiotic red card for Darwin Nunez.