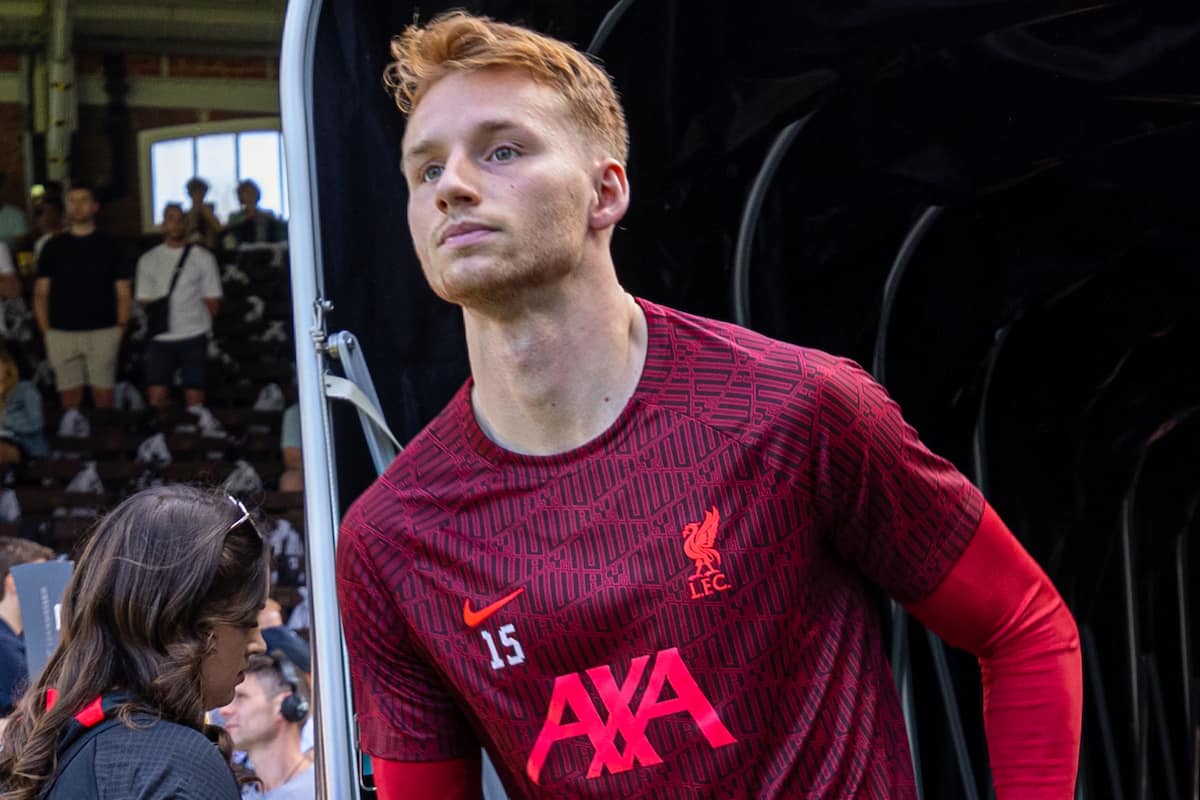 Despite injury to Ibrahima Konate seeing him make the bench for Liverpool’s Premier League opener, Sepp van den Berg is set to depart on loan this season.

Van den Berg returned to Merseyside this summer after an 18-month loan at Preston in the Championship, and clocked 66 minutes on the pitch during pre-season.

The 20-year-old has been given the opportunity to impress Jurgen Klopp over the past month, and was named in the matchday squad for the 2-2 draw at Fulham on Saturday following a layoff to Konate.

But another temporary switch is in the offing for Van den Berg, with The Athletic‘s James Pearce reporting that Burnley are among the clubs interested.

However, despite reports from elsewhere suggesting that a move to the Championship club is close, Pearce insists that “there is currently no deal in place.”

While Vincent Kompany is said to be “keen to take him to Turf Moor,” Pearce notes “serious interest from clubs in Germany,” which follows up previous claims of a potential loan to the Bundesliga.

As it stands, then, both Liverpool and Van den Berg are “weighing up” which temporary deal would be “best for his development.”

Much will depend, of course, on guarantees of game time, with the Dutchman having held down a key role throughout his time at Preston, spending much of his spell at Deepdale as a right-sided centre-back.

Kompany is overseeing a drastic change to Burnley‘s defence during the current transfer window, with Ben Mee, James Tarkowski and Nathan Collins all having departed and Luke McNally and CJ Egan-Riley been brought in.

Another new arrival, Man City loanee Taylor Harwood-Bellis, has started both of Burnley‘s games so far in the Championship alongside natural left-back Charlie Taylor.

That could suggest that there is real competition for places at Turf Moor and a starting spot may not be assured for Van den Berg, though his pedigree and experience in the Championship may dictate a regular place in the side.

Heading to Germany, meanwhile, may allow more exposure at a higher standard, with clubs in the Bundesliga often relying more heavily on young players.

It could even be that Van den Berg heads to the German second tier, with Nat Phillips‘ spell with Stuttgart in the 2.Bundesliga proving hugely beneficial to his development.