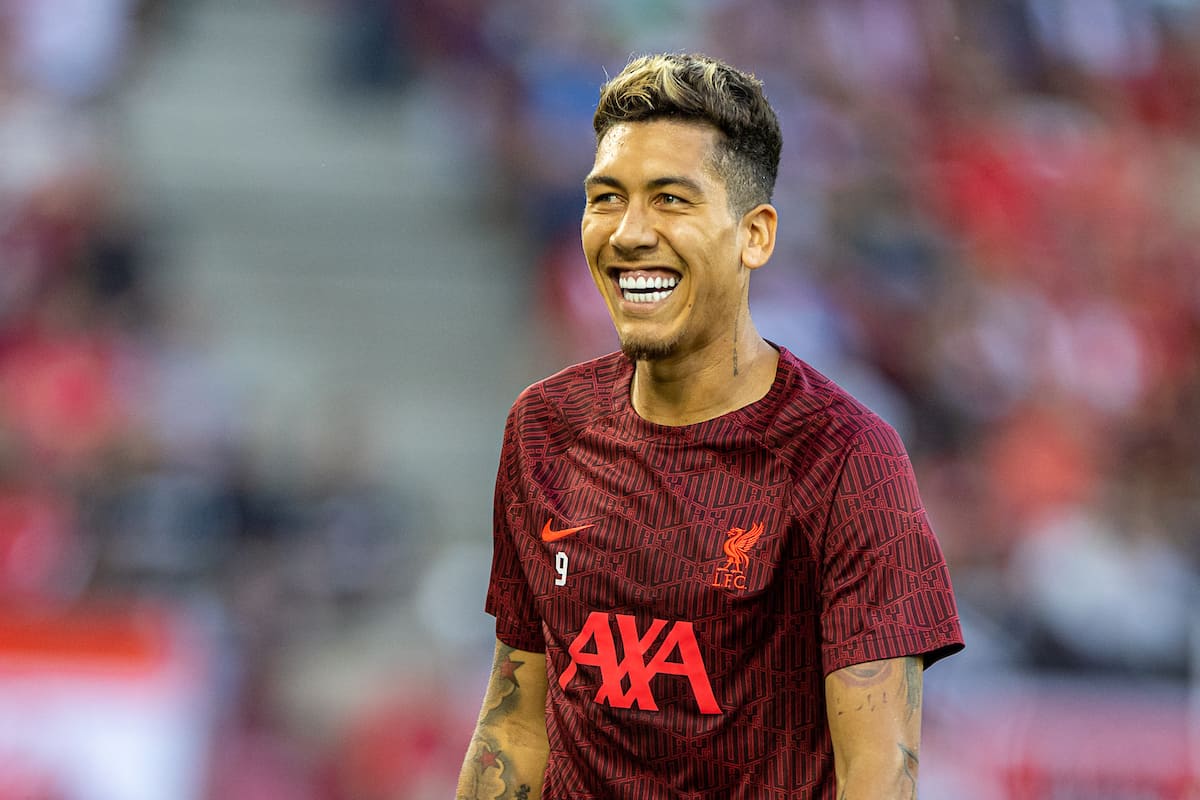 After a “crazy” week of injuries that saw Jurgen Klopp remark that it was “like we had a witch in the building,” Roberto Firmino has handed Liverpool a big boost.

By the manager’s own admission, last week was far from ideal.

“The week was crazy. I’ve experienced a lot of weeks, but that was like we had a witch in the building,” he explained after the 1-1 draw with Crystal Palace.

“Honestly, every day somebody else pulled up for the craziest reasons.”

The Brazilian was joined in dropping out of the squad by Joel Matip, while Joe Gomez and Jordan Henderson were only deemed fit enough for the bench.

It resulted in a disjointed display that saw Nat Phillips struggle on a rare start, and with Darwin Nunez shown a red card that will now keep out of three games, concerns rose for the trip to Man United on Monday. 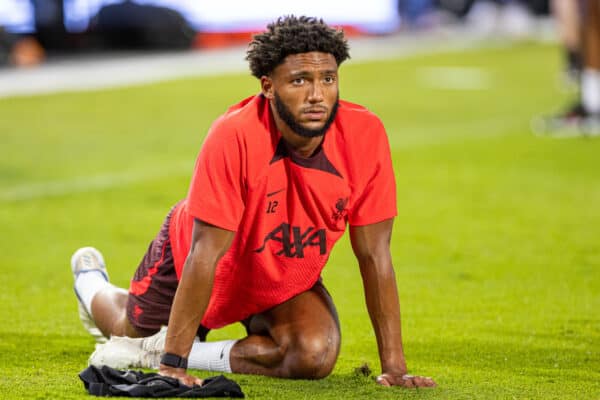 Thankfully, the situation appears to have improved, with both Firmino and Gomez taking part in full training on Thursday afternoon.

Henderson was also pictured with the squad but, like Matip, was only in light training, working with the club’s fitness staff as with Phillips.

Phillips may have picked up a minor issue against Palace, having only clocked 87 minutes on the pitch throughout the previous month including pre-season.

There was still no sign of the likes of Jones, Ramsay, Kelleher or Gordon, who are all slated for an imminent return, nor Jota, who is considered hopeful for the Merseyside derby on September 3.

Konate, Thiago and Oxlade-Chamberlain are all facing long spells out and not expected to be involved in training for weeks yet. 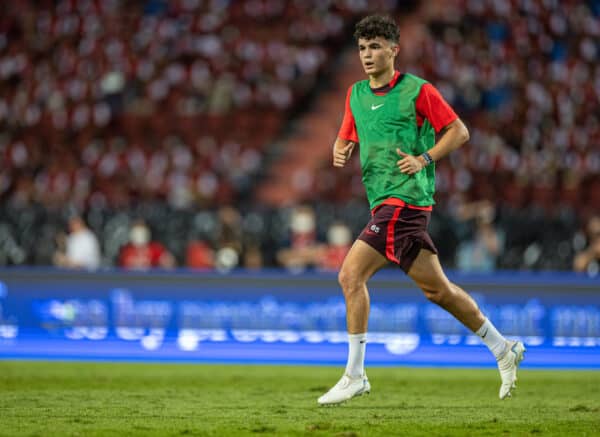 It was a busy session at the AXA Training Centre regardless, with academy centre-back Jarell Quansah drafted into the squad with fellow youngsters Stefan Bajcetic and Bobby Clark.

As it stands, Liverpool have at least eight players ruled out for the meeting with Man United, and Klopp is likely to make changes to his starting lineup.

Gomez will almost certainly replace Phillips as partner to Virgil van Dijk, while Firmino will be required to start in place of Nunez.

More alterations could be made in the midfield, with Naby Keita – who trained amid speculation over his future – among those in contention to start. 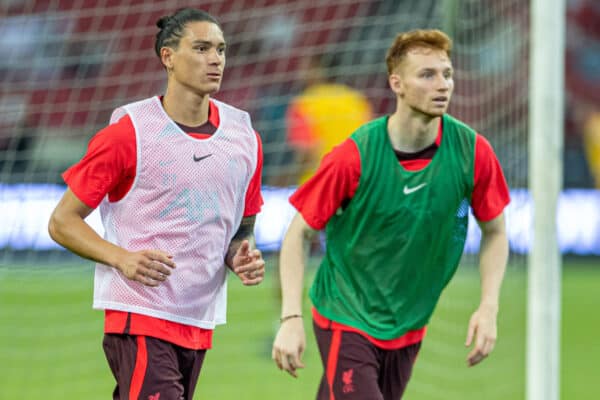