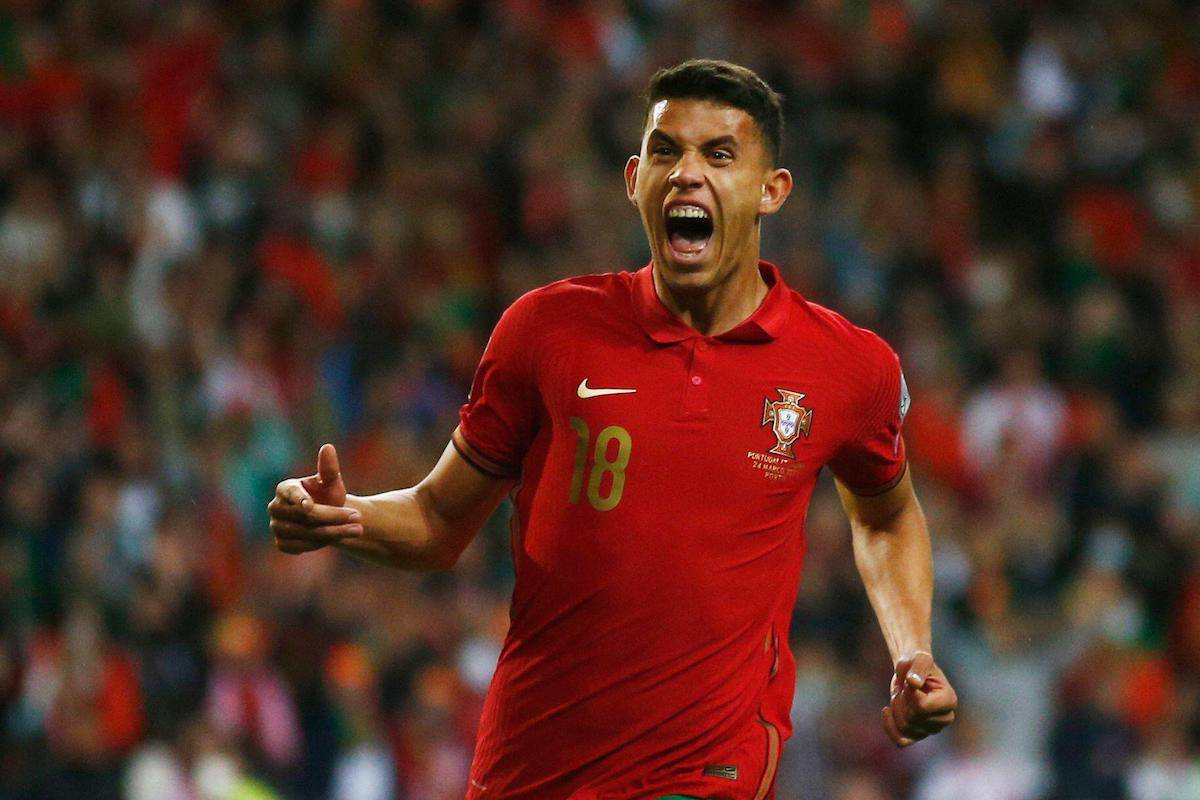 Despite daily links between Liverpool and Sporting CP midfielder Matheus Nunes in Portugal, journalists on Merseyside have rubbished claims of a deal.

With Thiago joining Curtis Jones and Alex Oxlade-Chamberlain on the injury list, it is widely believed that Liverpool would benefit from a new midfield signing this summer.

But the public stance taken by those within the club, including Jurgen Klopp, is that there will be no new addition before deadline day on September 1.

That is despite Thiago being set to miss at least a month with a hamstring issue, leaving Fabinho, Jordan Henderson, James Milner, Naby Keita and Harvey Elliott as the regular options in the middle of the park.

A name that has been regularly touted with a move to Anfield in recent weeks is Nunes, who has established himself as a key player for Sporting CP and earned eight caps for Portugal so far.

According to Lisbon-based publication Correio da Manha – the most widely circulated newspaper in Portugal – the club are preparing a bid for the 23-year-old.

That deal would be worth an initial £38 million and a further £4.2 million in add-ons, with Nunes said to have turned down advances from Wolves as he wants to play Champions League football.

It is the latest in a long line of reports in Portugal linking Liverpool with Nunes, but back on Merseyside, the outlook is less positive.

According to a number of local journalists including the Times‘ Paul Joyce, the Reds are “not pursuing a deal” for Sporting CP’s No. 8.

This maintains the line that Klopp is happy with the options at his disposal, despite already losing two the players he listed earlier in the summer after Oxlade-Chamberlain’s long-term injury and Tyler Morton‘s loan to Blackburn.

Despite optimism within Liverpool that Thiago‘s injury is not as serious as feared, there must be a measure of caution when it comes to the Spaniard’s recovery given his fitness history.

With Jones and Keita often picking up minor issues, too, there are certainly questions to be asked over the depth of Klopp’s midfield.

As it stands, a move for Nunes may not be in the offing.

This is a familiar situation unfolding, however, with the pursuit of Luis Diaz a prime example of journalists abroad being ahead of those on Merseyside when it comes to information on transfers.