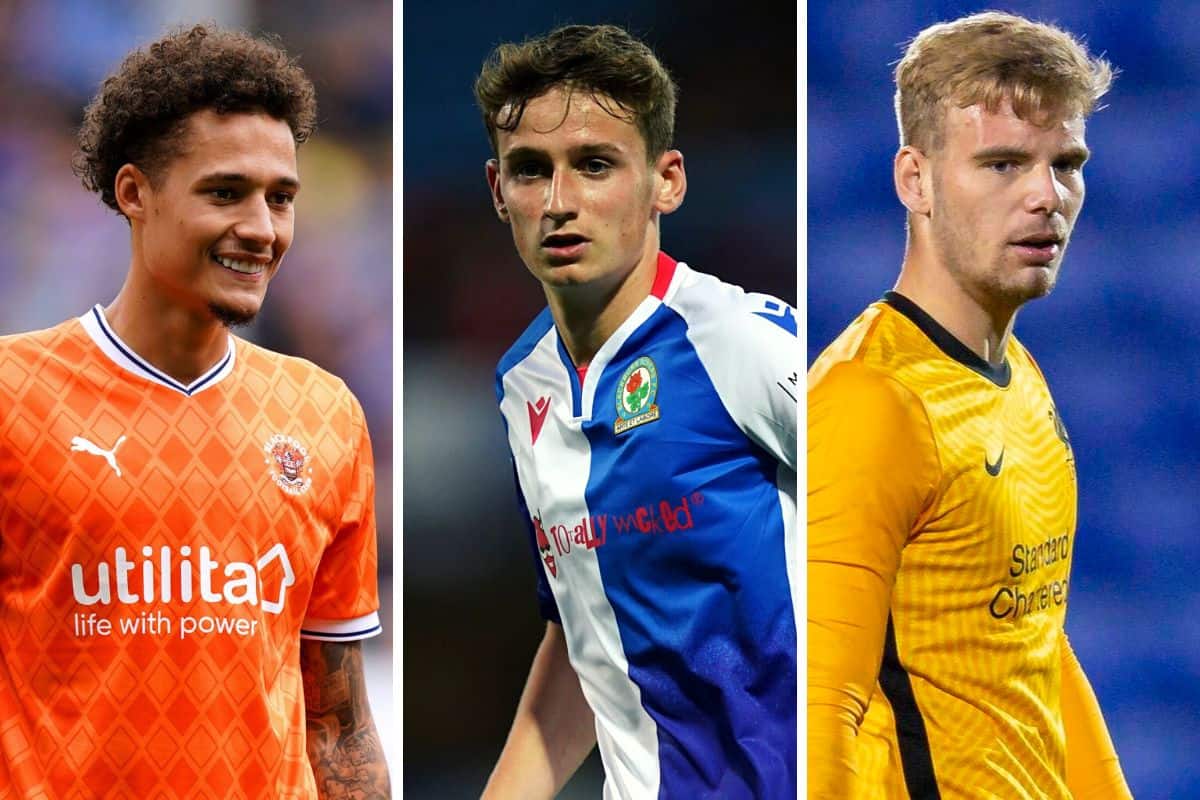 Ten Liverpool loanees were in action over the weekend, with Tyler Morton featuring again as Blackburn maintained their perfect start to the season in the Championship.

Just two of the players the Reds have loaned out this summer were unused, in what was a busy weekend for the youngsters who have left in search of regular football.

After making his first start and assisting for Blackburn in the League Cup in midweek, Morton started Sunday’s league clash against West Brom on the bench, but was introduced at half-time due to an injury to right-back Callum Brittain.

After some reshuffling from manager Jon Dahl Tomasson, Morton again lined up in a two-man midfield and caught the eye again in the second half, as Rovers maintained their 100 percent league start with a 2-1 victory.

Reports suggest Morton may well be joined at Ewood Park by Liverpool team-mate Sepp van den Berg in the coming weeks, with Blackburn said to be at the front of the queue to secure the centre-back’s loan signature for the season.

Elsewhere, there was another Championship outing for centre-back Rhys Williams, who played the full 90 minutes as Blackpool were beaten 1-0 at home to Swansea City.

In League One, there were no 25-yard thunderbolts for Conor Bradley this weekend, but the Northern Irishman impressed in a right-wing role again, playing 79 minutes in Bolton’s 0-0 draw at Port Vale.

Leighton Clarkson, who was also fresh from a wonder goal last week, played 67 minutes of Aberdeen’s 3-2 home defeat to Motherwell, before being replaced due to an unspecified injury.

Two Liverpool goalkeepers made their league debuts for their new clubs. After his first appearance for Stockport County in midweek, Vitezslav Jaros earned a first start in League Two, playing the full 90 minutes and keeping another clean sheet in their 1-0 victory over Colchester United.

Marcelo Pitaluga, who has caught the eye during his time with Macclesfield so far, also played his first league game for Macclesfield in the Silkmen’s 3-0 win over Clitheroe.

After playing 90 minutes in Newport County’s 3-2 shock cup victory over Luton Town last Tuesday, Adam Lewis started and completed another game in a wing-back role as his side fell to a 2-0 defeat away at Bradford.

Having dropped out of Crawley Town’s starting lineup for their League Cup victory over Bristol Rovers, James Balagizi again had to settle for a place on the bench in Saturday’s 0-0 draw at Harrogate Town, but did come on as a substitute in the 76th minute.

Overseas, Anderson Arroyo played the full match at right-back as Alaves began their league season with a 2-1 win over Leganes, while Billy Koumetio came in on the 35th minute for his second league appearance of the season to help Austria Wien beat WSG Tirol.