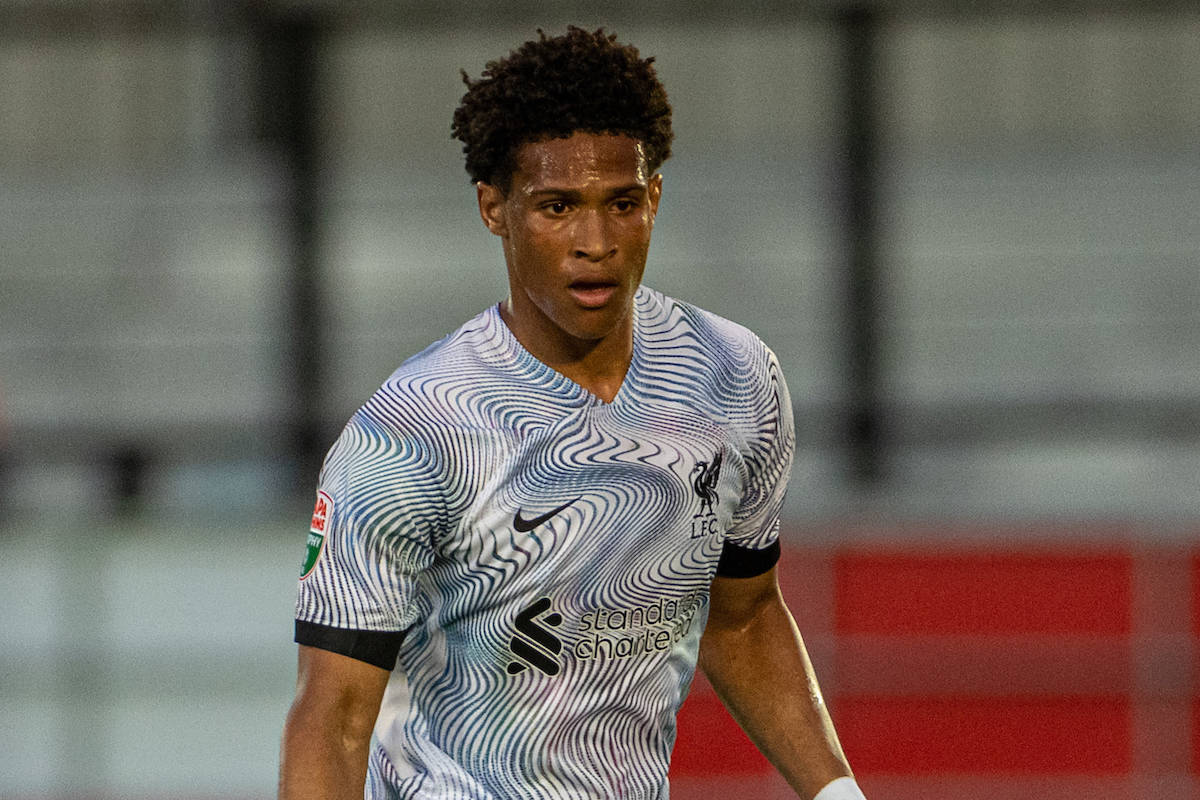 Liverpool U21s were handed more vital experience against senior opposition as they began their 2022/23 EFL Trophy campaign with a 2-1 defeat to Salford City on Tuesday.

This was the first of three games in a group that will also see the young Reds take on Accrington Stanley and Rochdale’s senior teams in this year’s competition.

Fresh from their terrific comeback against Tottenham U21s last Friday, Barry Lewtas made four changes to his starting lineup, including 17-year-old Bobby Clark, who was handed his Premier League debut by Jurgen Klopp in Saturday’s 9-0 win against Bournemouth.

There was also a debut for centre-back Oludare Olufunwa, who joined the club after a successful trial period earlier this summer following his release from Southampton.

Meanwhile, scouts were in attendance to watch captain Jake Cain, who could still be in line for a loan move in the coming days, after spending last season with Newport County. 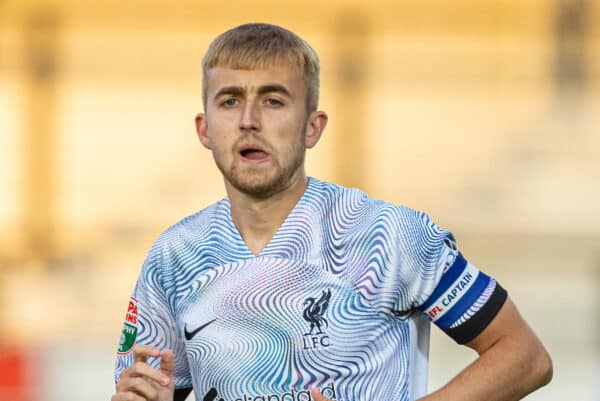 Liverpool’s youngsters made a good account of themselves in an evenly contested first half. It was Clark who had their first effort of the game, with the attacking midfielder driving past his man and forcing a save out of Salford goalkeeper Tom King.

Dominic Corness and Harvey Blair also had opportunities, but it was Salford who finished the half with a lead after Kevin Berkoe got on the end of a cross to fire his effort past Harvey Davies. 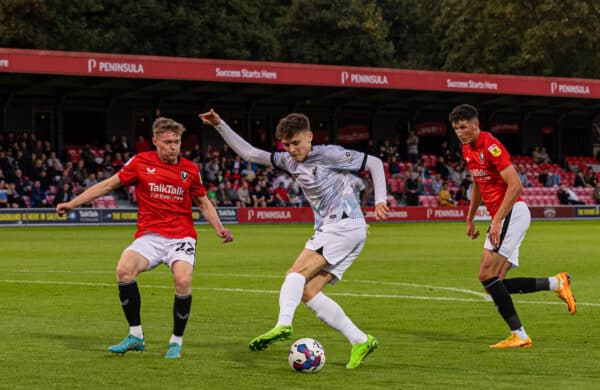 Just before the hour mark, the hosts doubled their lead. Davies did well to save Lorent Tolaj’s initial strike, but Jack Jenkins was on guard to finish the rebound.

Just as they did against Tottenham last Friday, the young Reds showed good spirit to keep the game alive, and were rewarded for their efforts when Layton Stewart gave them a lifeline in the 88th minute.

Melkamu Frauendorf, who was introduced in place of Blair in the second half, did well to work an opening on the right-hand side, before his cross was volleyed home by Stewart. 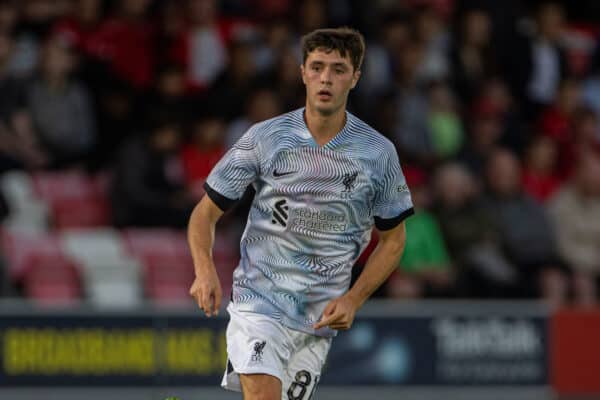 Liverpool were unable to salvage anything from the game, but Lewtas will again be pleased with the fight his side showed in the second half.

The other game in the Reds’ group saw Accrington Stanley and Rochdale draw 3-3, and although Stanley went on to win on penalties, competition rules state the points must be shared if the scores are level after normal time.

Rochdale will host the Reds in their next EFL Trophy tie next month.