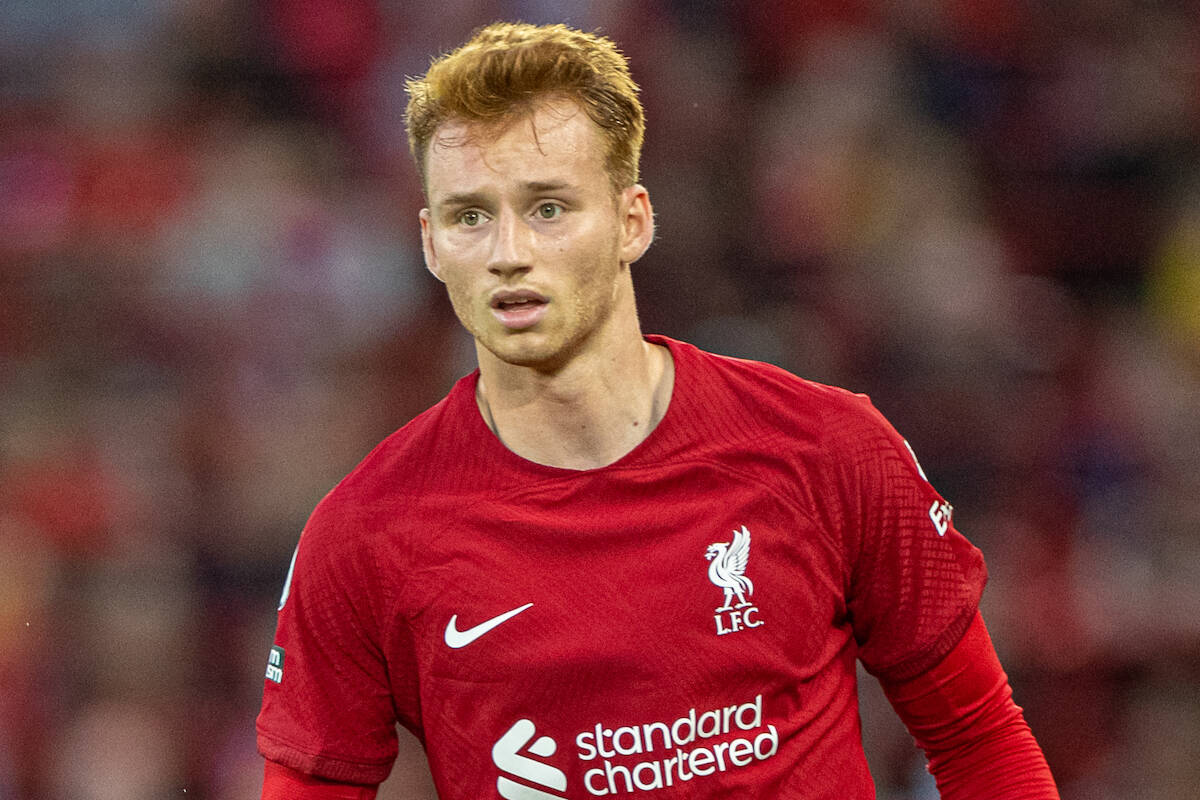 Sepp van den Berg was expected to make the temporary switch to Blackburn in a season-long loan deal, but Germany is now expected to be his destination after Rovers ‘pulled the plug’.

The 20-year-old enjoyed a productive 18 months with Preston before returning to Liverpool in pre-season and going on to be named on the bench in all four Premier League games to date.

That is due to injuries to Joel Matip and Ibrahima Konate, with Liverpool not eager to leave themselves short in the position having experienced just that all too recently.

But while Van den Berg has offered safety in numbers, a loan move was long expected to go through before the September 1 deadline, plans look to have changed though.

A deal had been agreed with Blackburn for another season in the Championship, with game time all but guaranteed considering the scarce number of centre-backs available to Rovers.

However, Lancashire Telegraph have now reported that Blackburn have “pulled the plug on a move” for the Dutchman, who “is said to prefer a move to Schalke.”

Interest from Germany has been previously reported and the Bundesliga side now look to have turned Van den Berg’s head, although Lancashire Telegraph do state that a deal “hasn’t yet been finalised.”

Blackburn have moved on now having waited for Liverpool to release Van den Berg for some time, ensuring that Tyler Morton will not be reunited with his club teammate this season.

Schalke are currently 16th in Bundesliga having drawn two and lost two of their opening four games, conceding 11 goals in that time, the joint-second most in the division.

What they do offer is topflight football and after thriving in the Championship, it is a natural progression for 20-year-old Van den Berg.