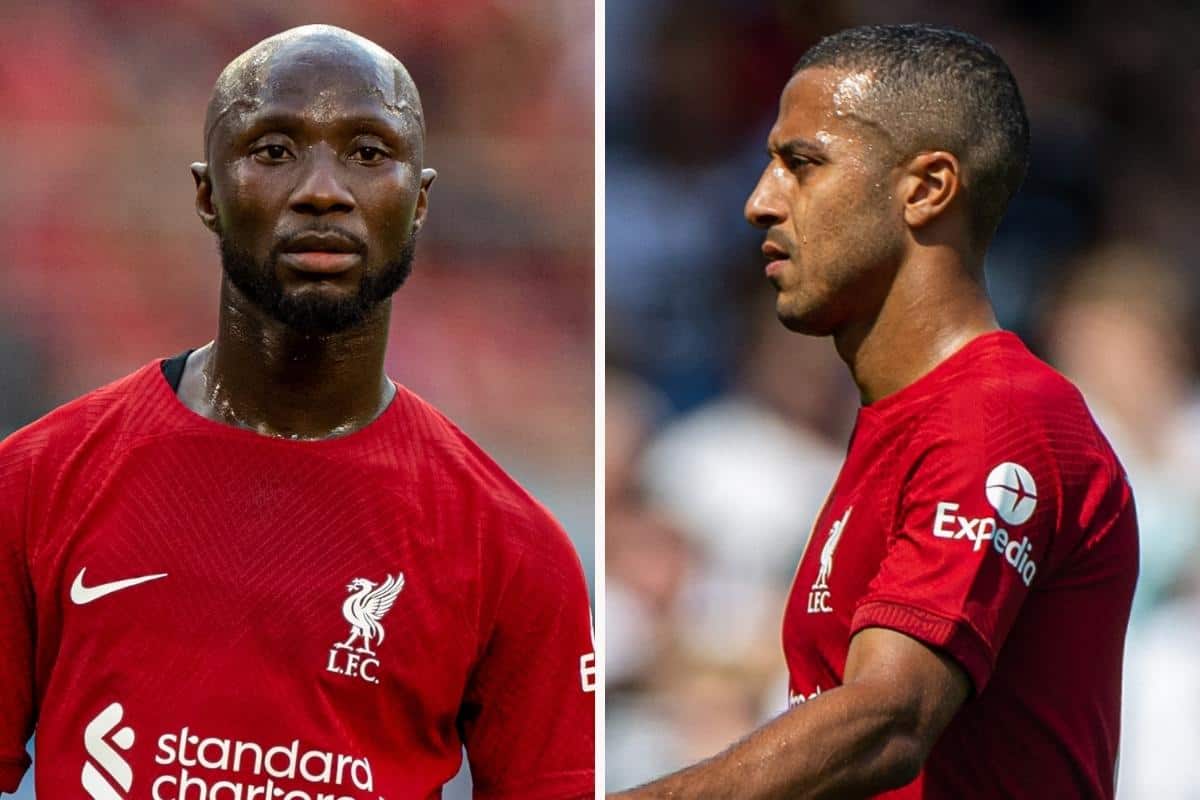 Jurgen Klopp has offered a new update on Liverpool’s injury list, and while he will not have reinforcements against Bournemouth, there is “positive news.”

The fourth game of the season sees Liverpool return to Anfield with the first win of the campaign at the top of the agenda, with Bournemouth the visitors.

A staggering injury list has made for a painful start to the Premier League campaign, with Naby Keita the latest to be added on the eve of the defeat to Man United.

The Reds trained at Kirkby on Thursday and 10 senior players remained absent, which is to remain the case against the Cherries on Saturday afternoon. 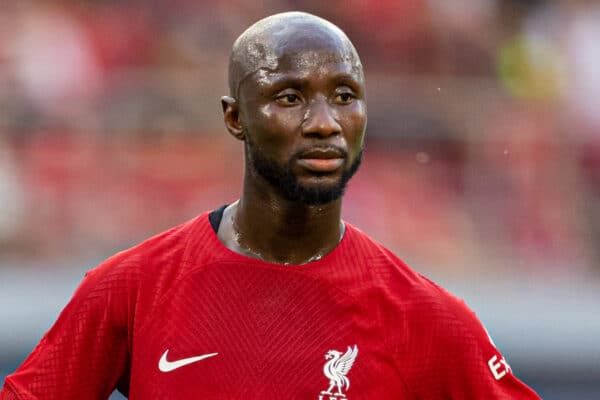 Ahead of Bournemouth‘s visit, Klopp confirmed that he is not expecting any players to return to his matchday squad on Saturday but did offer welcome news on the likes of Thiago, Joel Matip and Curtis Jones.

“This weekend probably not, but after that Joel, Curtis [likely to be back] and Thiago [is] not too far away.

“Diogo is getting closer, Caoimh will be in training next week. Positive news but don’t think anybody will be ready for tomorrow.”

As for Keita, though, the news was not as positive as Liverpool are still yet to discover the severity of the muscle injury he sustained “out of nothing” on the eve of the Man United clash.

“Naby will not be ready for the weekend, of course not,” Klopp said.

“We still need to look exactly how long it will take. It’s a muscle [injury]. Still not 100 percent clear, but he will not be in for the next week.”

It ensures that the squad Klopp will have to select from will be the same one from the trip to Old Trafford, but Fabinho is likely to be back in the XI in at least one expected change.