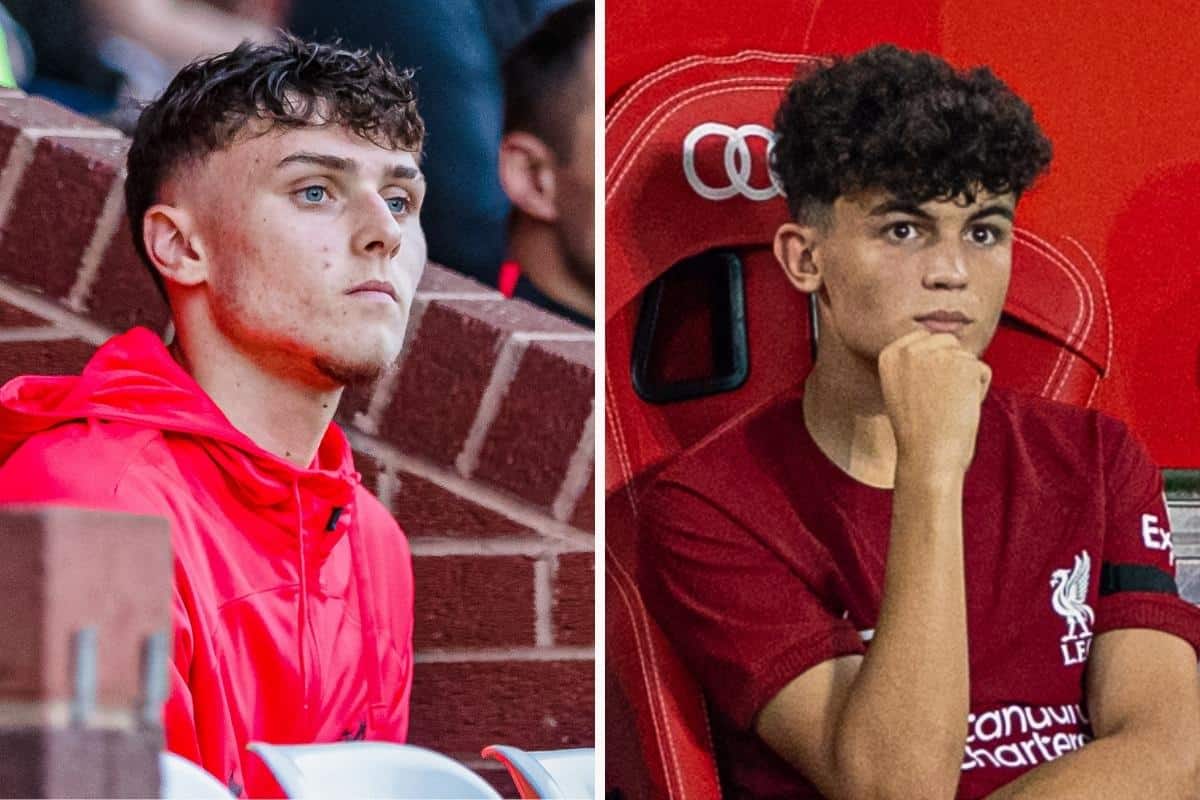 Liverpool have started the campaign with a long list of injuries, but the silver lining has been the opportunities that have come the way of two impressive teenagers.

The Reds may only be in the third week of the season, but they have enough injuries to fool someone into thinking it was the halfway stage.

And other senior players have been forced to miss matches or had their minutes restricted, leaving Jurgen Klopp with plenty of early problems to solve in each of his matchday squads.

While it is far from ideal at any stage of the season, let alone this early on, it has allowed the door to remain open to the first team for 17-year-old Stefan Bajcetic and Bobby Clark.

“Obviously, we have a squad where everybody is needed. We are not like 25, 26 [key] players. But on the other side, it opens up opportunities, and I’m really, really happy with the boys Stefan and Bobby,” Klopp told reporters.

“I’m not sure if they would be that close to the first team already at 17 years old if we would have them all available, and then now they make real steps.

“It’s unbelievable, every day in training. So that’s good. But of course, you would prefer to have an extra striker, an extra midfielder.

The pair both featured throughout pre-season and Clark was named in the matchday squad for the first time against Crystal Palace, while Bajcetic has twice been an unused substitute.

As Klopp noted, the opportunity to be named in the squad would not have come their way had the senior squad been healthy, but the pair are reaping the rewards and are making the most of their chances.

This is the time for the duo, and other academy players, to catch the eye and put down a marker for the coaches and senior players to make note of, especially for when the early rounds of the domestic cups come into view.

And this 17-year-old duo are certainly doing just that.

Their development will continue to be managed with care but don’t be surprised to see Bajcetic, Clark and other youngsters who impressed during pre-season handed more opportunities in the near future.