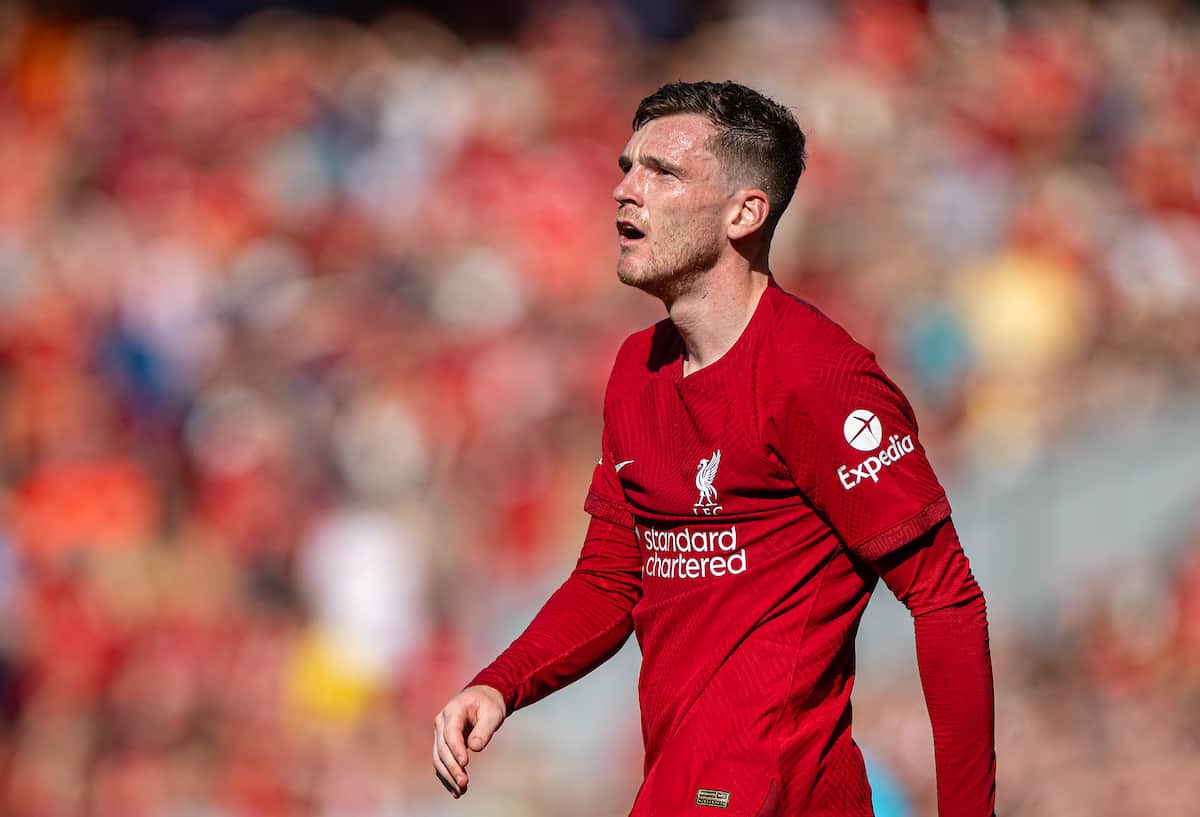 Andy Robertson will play no part in Liverpool’s Champions League meeting with Ajax on Wednesday after sustaining a knee injury in the defeat at Napoli last week.

Liverpool’s injury woes know no bounds, with one step forward always met by another step back and this time it is Robertson that has dealt a blow to Jurgen Klopp‘s squad.

The left-back has featured in all eight games this season, inclusive of the Community Shield, but has seen his game time managed to an extent having only completed 90 minutes on three occasions.

It was reported that the Scot was in a knee brace on Sunday, and Jurgen Klopp confirmed the injury at his press conference on Monday.

Kostas Tsimikas will therefore be expected to make only his second start of the season as part of an XI that you suspect will have a number of changes after the performance at Napoli.

The hope, of course, will be that Robertson’s injury is not too serious with Klopp telling reporters that he will be out “until at least after the international break.”

“Robbo is now not 100 percent,” Klopp explained. “Very late, 93rd or whatever minute, he felt it – actually he only felt it the next day.”

Liverpool had nine senior players unavailable for the trip to Naples last week but will welcome back Fabio Carvalho from his dead leg after “training normally” ahead of Ajax’s visit.

The Reds cannot catch a break from the injuries but you can only hope that the upcoming international break proves as good timing as any for Robertson and co to recover.