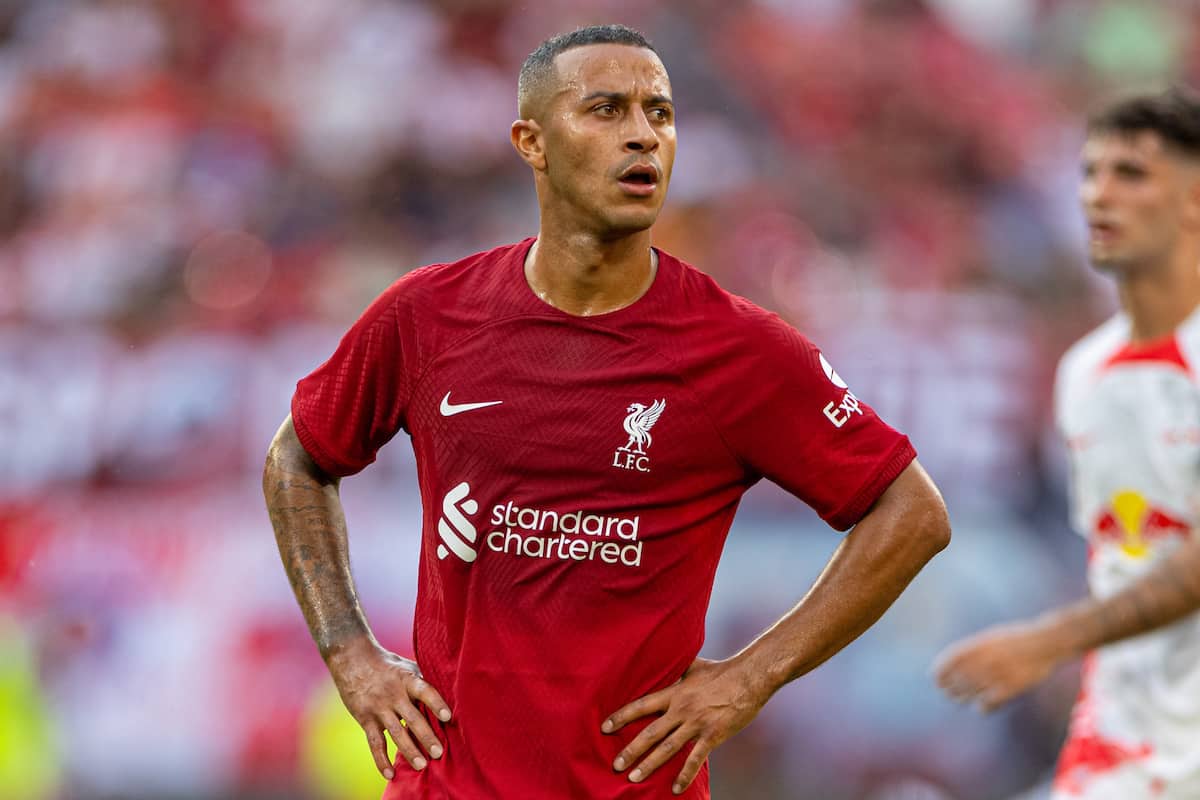 Anfield will host its first Champions League match of the season as Liverpool take on Ajax this evening, with Thiago and Diogo Jota both in the starting lineup.

This will be the Reds’ final match of September, with Sunday’s scheduled Premier League encounter against Chelsea postponed, and an international break on the horizon.

After a difficult start to the season, Jurgen Klopp will be keen to ensure his side go into the break in good spirits, with a positive result required here to get Liverpool’s Champions League campaign up and running.

Alisson retains his place in goal, and will be hoping he won’t be nearly as busy tonight as he was at the Stadio Diego Armando Maradona last week.

There are two changes in defence. Trent Alexander-Arnold starts at right-back, Joel Matip comes into the side alongside Virgil van Dijk, with Kostas Tsimikas at left-back.

Fabinho will anchor the midfield, alongside Harvey Elliott and the returning Thiago.

Mohamed Salah starts on the right side of Liverpool’s attack, with Luis Diaz on the opposite flank and Diogo Jota through the middle.

Klopp has again chosen to name 10 substitutes, despite having the option to list 12, with Fabio Carvalho back in the squad after missing the trip to Napoli through injury. 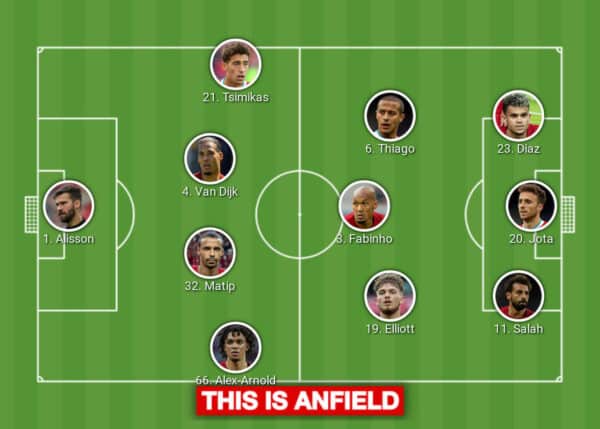