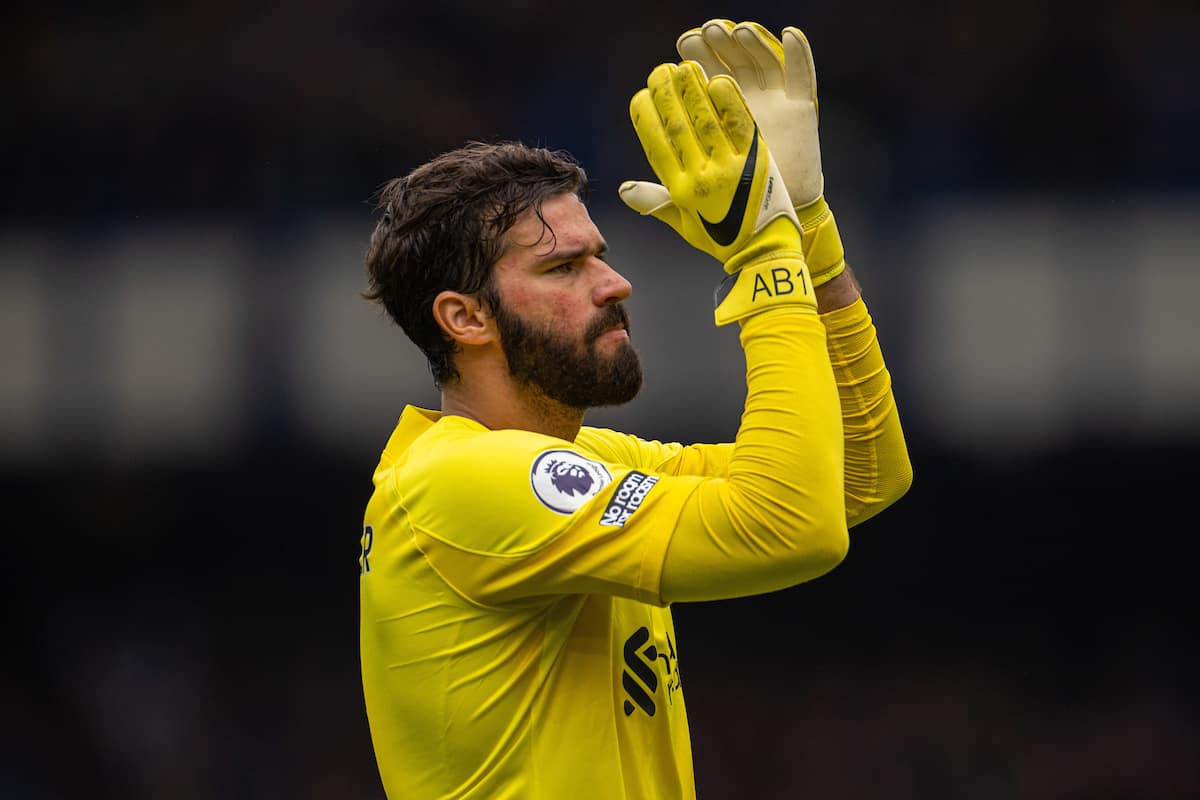 It was a frustrating Merseyside derby for Liverpool in a goalless draw that saw two goalkeepers make the headlines, with Alisson shining the brightest for the Reds. And that says everything.

There was another derby day surprise from Jurgen Klopp as he named Fabio Carvalho and Darwin Nunez in his starting XI, just days after the late delight against Newcastle.

There were enough chances for the Reds to have taken the lead, but Jordan Pickford was consistently there, and Alisson similarly stood up to the test at the other end.

Ex-Red Conor Coady had a goal ruled out for offside as the Reds dodged a bullet, with their performance throwing up both the good and bad – with Liverpool’s No. 1 falling in the former category.

Safe hands and the poise to match, Alisson was the clear standout for Reds on what was an otherwise mixed afternoon at Goodison Park.

Alisson saves us time and time again. WHAT A MAN

Thank goodness for Alisson (and VAR). Liverpool look like a mid-table side.

Alisson man of the match

No one else even comes close

Alisson is a world class keeper ??

A tale of two goalkeepers. Pickford and Alisson a class above today, in what was otherwise an entertaining but very disjointed match. Liverpool lacking consistent rhythm. The Derby draws continue #LFCdigest

The Brazilian has been a pillar for Liverpool for a number of years now and with the Reds currently out of form, he’s been asked plenty of questions by the opposition so far this season.

Against Everton, he was consistently there with the answers and ensured Klopp’s side at least had the platform to go and take more than a point from the match.