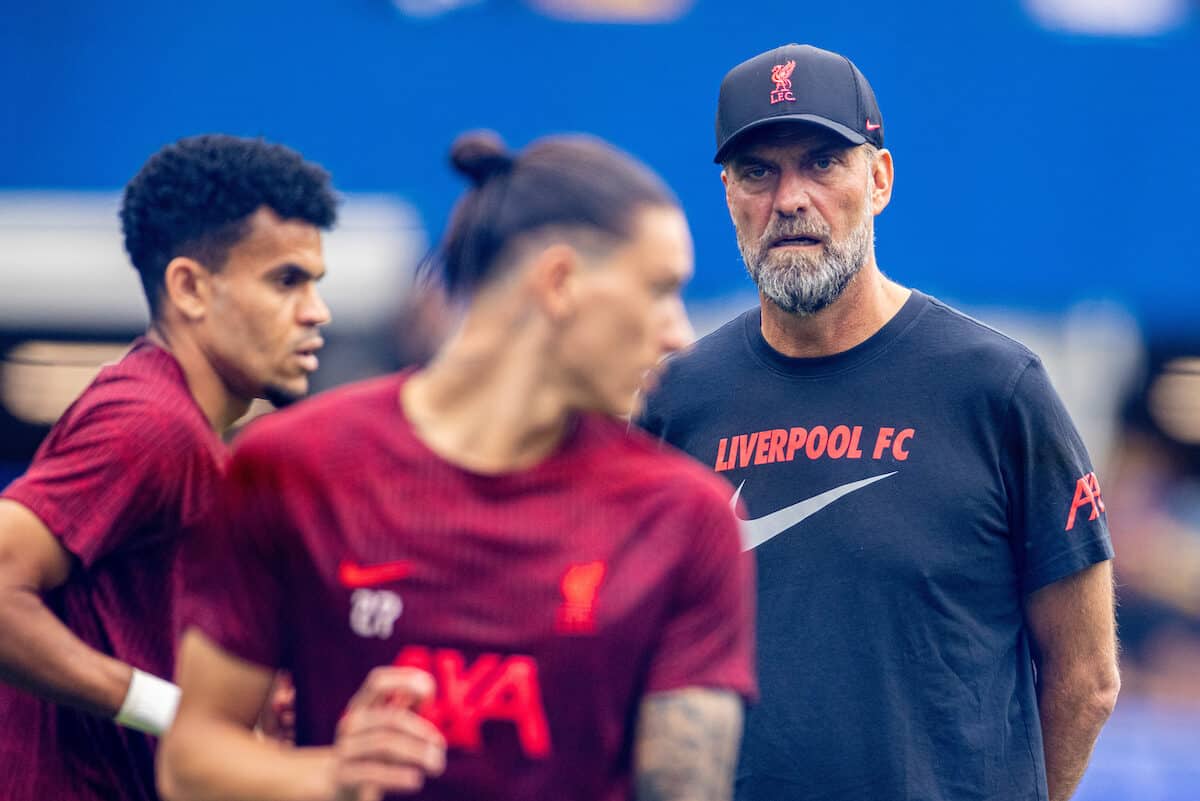 After seven Premier League matches went ahead as planned this weekend, the latest results leave Liverpool in eighth place heading into the September international break.

Liverpool are in the midst of a 17-day gap between matches, after Sunday’s encounter with Chelsea was postponed.

They have not played a Premier League match since the Merseyside derby on September 4, with last weekend’s scheduled meeting with Wolves also called off, days after the death of the Queen.

There were seven league games that did go ahead as normal this weekend, with the results seeing Jurgen Klopp‘s side drop one place down to eighth in the table.

Fulham were the team to move above the Reds, producing an impressive second-half comeback to see off Nottingam Forest on Friday night.

Arsenal remain top, after a 3-0 victory against Brentford on Sunday afternoon, while Man City are one point behind, with Erling Haaland in the goals yet again as they beat Wolves on Saturday.

They’re closely followed by Tottenham, who hit six past a sorry Leicester side, with Brendan Rodgers surely now in serious danger of losing his job.

There was also a first victory of the season for Everton, who edged past West Ham thanks to a goal from Neal Maupay on Sunday afternoon.

It’s certainly not the table Liverpool fans would have been expecting heading into the first international break of the season.

There was great optimism after the Community Shield victory against Man City, but the Reds have only managed to win two of their opening six fixtures.

An extensive injury list has not helped, and Klopp will be hoping he has more of his squad to call upon when his squad reconvene later this month.

They do, though, head into the break in better spirits than they were in a week ago, with the performance in the 2-1 victory over Ajax much closer to the standards we’ve come to expect from Klopp’s men.

After the break, Liverpool face 13 games in the space of six weeks, before the mid-season break for the World Cup.