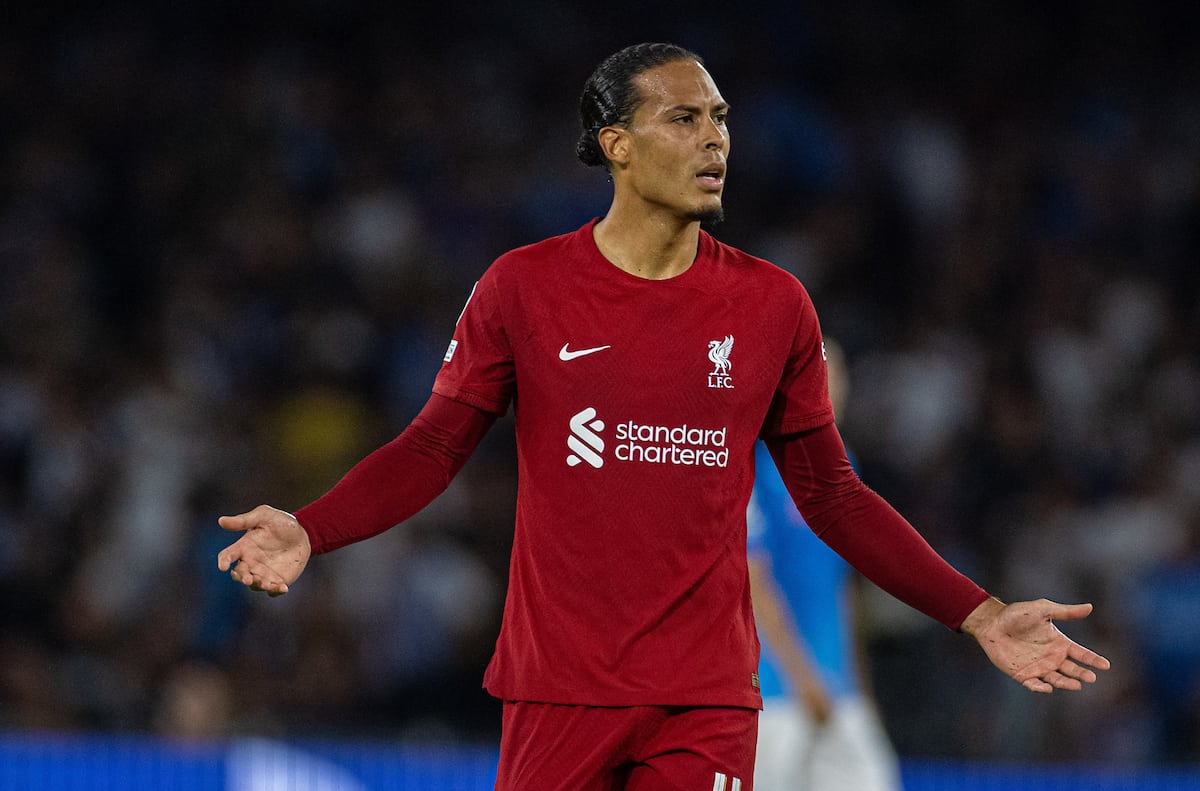 Liverpool fans were nothing but honest in their assessment of the 4-1 defeat at Napoli, a performance that could have seen a deeper wound inflicted on the scoreboard.

It had been coming. It was building and the cards tumbled in Naples, with Napoli dishing out a serving of cold, hard reality for a Liverpool side completely out of sorts.

Within five minutes the Reds were 1-0 down, by the 47th the scoreboard read 4-0 as the Reds were put to the sword. Luis Diaz got Liverpool on the scoresheet and was the one looking to drag his side back into it.

But Jurgen Klopp‘s side looked tired, that spark and intensity that has been a hallmark of his side absent and Napoli smelt blood.

Thiago‘s return, Arthur‘s debut and another appearance off the bench for Diogo Jota was a welcome sight, senior options off the bench at last.

Outfought, outthought, outran (again) — are they running on empty, do they lack belief, all of the above? Very worrying to see key figures looking like shadows of their former selves.

Poor performances across the pitch in that half but Liverpool's inability to exert control in midfield this season is utterly staggering. Penning in teams in and choking counters with physical intensity was their whole identity under Jurgen Klopp – what happened?

Thank god that's over! And thank god Napoli took their foot off the gas in the second half! Horrific by #LFC with Diaz only one to really emerge with some credit.

Internal inquest must start immediately, that’s a really poor result on top of some already horrific performances. Questionable desire or just totally goosed? Or maybe a blend of the two. #NAPLIV

#LFC have conceded as many goals (3) & had as many shots on target (4) in the first half as they did in the 2018 & 2019 #UCL games at Napoli combined. The moral of the story is shutting up shop in tricky Euro aways instead of not protecting the back 4 is sometimes needed #NAPLIV

FULL TIME THOUGHTS #NAPLIV
1) One of our worst in a long time
2) At least we saw a full ?? midfield at the end there
3) Some players need the dungeon treatment
4) Have to just wipe that game away and move on
5) Serious changes needed by Klopp to turn this around
6) sigh

It's the lack of desire, of aggression that is so worrying. Where the hell's this come from? They were 2 games – 2 goals – away from a quadruple 4 months ago.#LFC under Klopp all about intensity, fight. Never seen them this feeble in every dept before. Shocking. Embarrassing.

Remember the days we had a midfield that everyone said was dead static, couldn’t score but could outrun everyone ?

Thankfully only caught the last 30 mins of whatever that was, but some worrying themes emerging this season. The press & intensity, all gone. Players are absolutely goosed or not bothered.

There is no way this is a blip. I knew we'd lose badly tonight. It's more than a blip, it's more than a malaise. It's the end of an era that ultimately is down to a chronic lack of investment in the squad. While everyone else improved, we stood still and this is the result.

The squad, the formation, the tactics, all of it.

It’s been the perfect storm for Liverpool to start the season and it’s a case of needing to ride out the worst of it, but the question remains, how long will it take?

The night is one we all will want to quickly forget, but a reaction must be had against Wolves on Saturday – nothing less is acceptable.