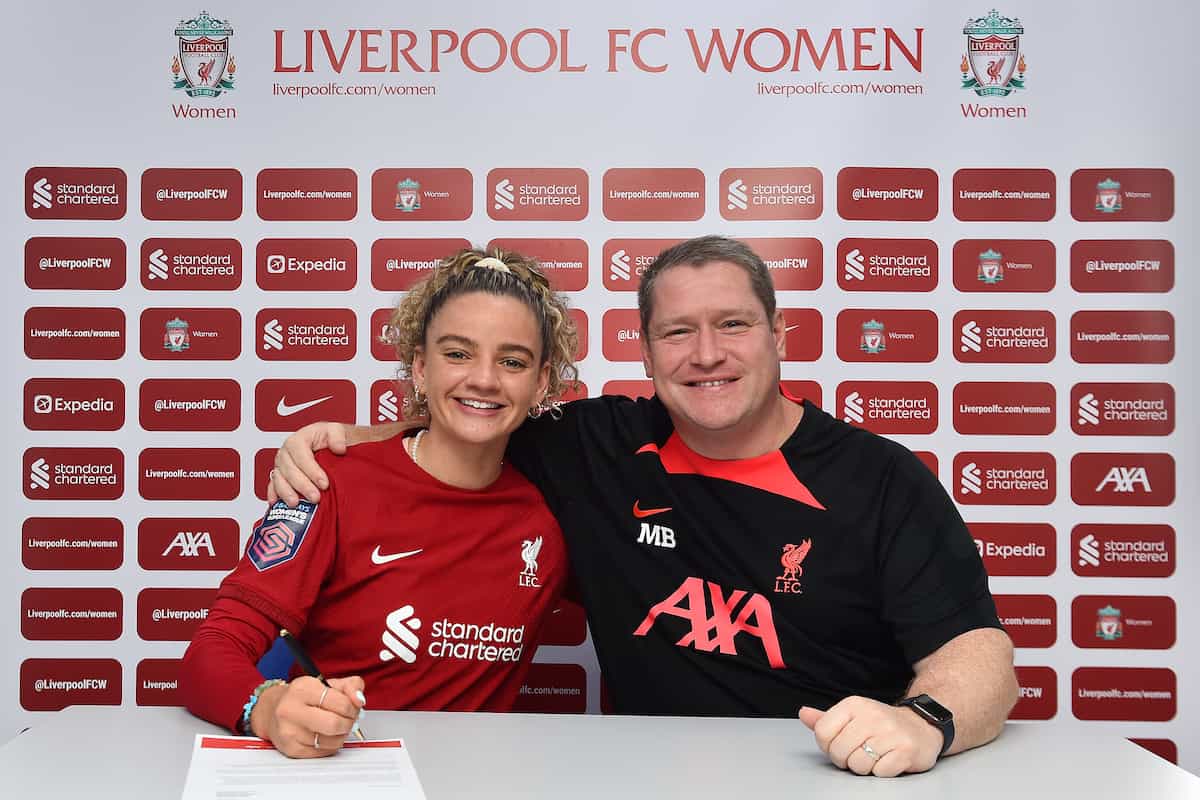 Leanne Kiernan enjoyed a fine first season on Merseyside, top-scoring with 13 league goals as the Reds won the FA Women’s Championship and secured promotion back to the Barclays Women’s Super League.

It meant the Irish international equalled the club record for league goals in a season, now jointly held with Natasha Dowie.

Liverpool Women manager Matt Beard said Kiernan will have another major role to play in the season ahead.

“It was important for us to extend Leanne’s contract coming into the final year. Physically it’s the best I’ve ever seen her and I’ve worked with her for a long time now.

“She’s had a good pre-season, she had a great season last year and she offers us versatility in the front positions as well, she can play wide and down the middle.

“Her attitude, her application and her personality is just fantastic and she’s going to be an integral part of the team for years to come.” 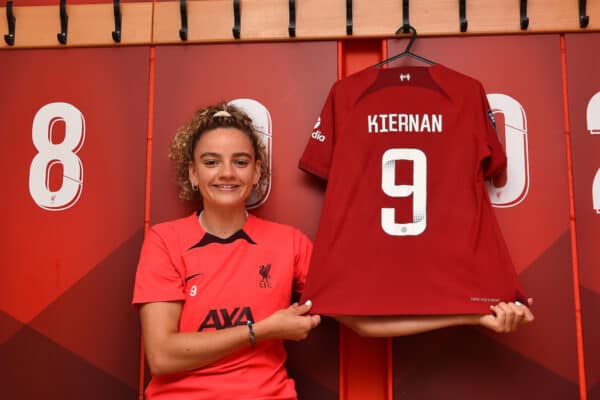 That pre-season form has seen Kiernan, last season’s Liverpool Women’s Player of the Season, hit an early winner against Aston Villa as well as notching a hat-trick against West Ham.

She said: “This is a thrilling moment for me and my family, and a really exciting time. I think this club is kind of like home for me.

“I’m getting used to Beardy being beside me when I sign a contract, this will be my fifth year knowing him! He understands me well and gets the best out of me, so, hopefully, I can repay him in return.”

Kiernan and her teammates will start their Women’s Super League campaign away at Reading on Sunday before a home fixture with champions Chelsea and the exciting Anfield clash with Everton at the end of the month.

“I feel like we’re going to be tested this year but we’ll be ready. We’ve got good characters in the changing room, maturity-wise and just to bring us on as a group so I’m really looking forward to it.

“It was a really good season last year and I was really happy within myself and within the team. I feel like Liverpool – the people and the place – are very similar to the Irish. Outside of football, I have a little community where everyone knows each other so thank you to the Scouse people for making me so welcome!

“I’m raring to go to get back to the WSL. Last season we had a different task to do and this season will be different but I’m really looking forward to it. Pre-season has gone really well both personally and as a team and I feel that we’re all eager to go.”

You can get your tickets to see LFC Women against Chelsea now, while Anfield tickets for the Merseyside derby start at just £1 for kids here.