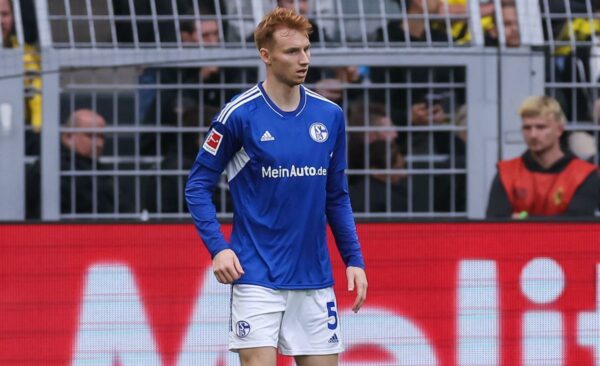 Club confirm “serious” injury to Liverpool loanee – out until 2023

Liverpool loanee Sepp van den Berg will not play again this year, with the Dutch defender confirmed to have suffered a serious ankle injury at Schalke.

Van den Berg caught his left foot in the turf attempting a challenge during Schalke’s 3-2 loss to Augsburg on Sunday, with the youngster needing to be stretchered off.

He was subsequently taken to hospital in Gelsenkirchen, and after undergoing tests on the injury, it has now been confirmed that he has sustained serious ligament damage.

In a statement on Monday evening, Schalke explained that Van den Berg will not be able to take part in any further games before the end of the year.

The German club are only due to play eight more times before the break for the World Cup, starting with a trip to Bayer Leverkusen on Saturday and ending with the visit of Bayern Munich on November 12.

Of course, the timing of Van den Berg’s injury could have been worse in this regard, but it remains to be seen how long his layoff extends into 2023.

Schalke are back in action following the winter break on January 21, and are likely to play a series of friendlies before then to rebuild fitness and sharpness.

It is yet to be confirmed whether Van den Berg will require surgery on his ankle, nor whether he will return to his parent club to receive treatment.

The 20-year-old had made a bright start to life at Schalke, having agreed a season-long loan move at the end of the transfer window, starting each of his first four games.

But now he will need to catch up upon his return, with manager Frank Kramer left with two fit senior centre-backs in Maya Yoshida and Leo Greiml.

Van den Berg is not the only Liverpool loanee currently sidelined, with Paul Glatzel facing an indefinite spell out having reinjured his hamstring at Tranmere, while Blackpool defender Rhys Williams‘ return date from a shin problem is unknown.