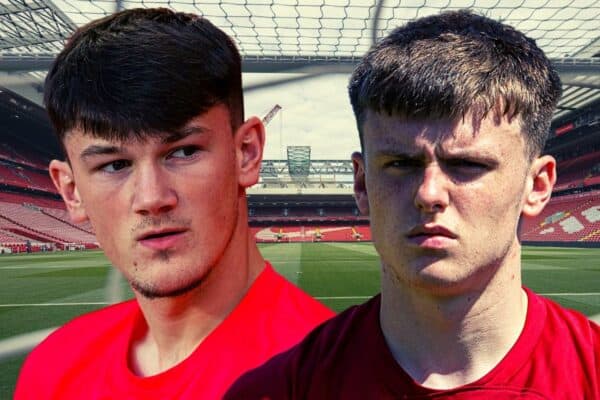 Jurgen Klopp has described Scotland as a “cool place to scout” after a series of deals that have benefited Liverpool, including two more this summer.

In order to find an edge over their competition while still operating with a self-sustaining model, the Reds have been required to explore other markets in recent years.

One of those has been Scotland, with Liverpool joining a number of other clubs across Europe in taking advantage of the goldmine of talent north of the border, with Andy Robertson the figurehead of a new generation.

This summer, left-back Aaron Hickey joined Brentford after a two-year spell with Bologna in Serie A, having initially made the jump from Hearts in 2018.

Bologna had, in fact, targeted Calvin Ramsay prior to his summer switch to Liverpool, with Sassuolo also among the right-back’s suitors ahead of a £6.5 million transfer.

Joining Ramsay in swapping Scotland for Merseyside was teenage winger Ben Doak, who joined the academy ranks from Celtic in a deal worth £600,000, making an immediate impact in the Reds’ under-18s.

And speaking before the first-ever competitive clash between Liverpool and Rangers on Tuesday night, Klopp hailed the nation as a “cool place to scout again.”

“We have obviously, with Calvin, another Scottish boy here, only back from injury, and in the U18s another big talent [in Doak],” he told reporters.

“They might be disappointed they are not still in Scotland but, to be honest, with these two teams that dominant, we all know if a player is really developing it’s not unlikely he will at least give it a try in the Premier League or whatever.

“But it’s, for sure, a much better moment than maybe four, five years ago, and that’s down to the players you have.”

Liverpool, despite their ills of late, are widely considered the favourites for their third game of Group A, but there will be no underestimating Rangers.

Klopp, who explained that he followed the Glasgow club closely under Steven Gerrard, praised the progress seen in their run to the Europa League final last term.

“Rangers and Celtic are obviously the standout teams in the league, that’s no news, but the best sign you can get is how they do in Europe,” he said.

“The Rangers run last year in the Europa League was exceptional.

“I saw the games against Dortmund for example, it’s just really good – especially the home game, you can see how atmosphere can really give you the edge in the game.

“That was really impressive. Celtic is obviously doing really, really well as well. The Scottish team is full of talent.”