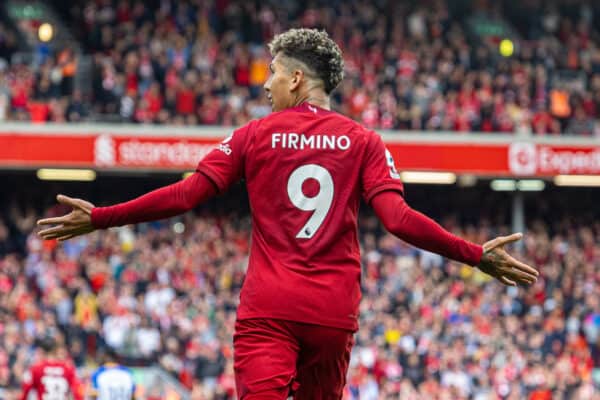 It was back to same old for Liverpool, as their defensive frailties saw a three-goal fightback collapse with Brighton securing a 3-3 draw at Anfield.

For all the talk of corners turned, it was another slow start for Liverpool as they went a goal behind within four minutes at Anfield.

The returning Jordan Henderson was caught short outside the box following a clearance from Trent Alexander-Arnold, with Leandro Trossard eventually finding space to finish low beyond Alisson.

Worryingly, the Reds needed Alisson at his best to keep the scoreline down, with the Brazilian producing fine stops to deny a Danny Welbeck header and another for Trossard.

He could do nothing for the Belgian’s second in the 17th minute, with more absymal defensive work allowing Trossard in for a hammered effort from the same spot as his first.

At the other end, as Liverpool finally grew into the game, a brilliant stop from Robert Sanchez denied Mohamed Salah after the ball somehow ricocheted to him in the box.

A brilliant finish from Roberto Firmino brought it back to 2-1, following a VAR check, bringing Anfield back into life after a deflating start.

Jurgen Klopp had clearly seen enough by half-time, as he made swift action to replace the ineffective Fabio Carvalho with Luis Diaz, the teenager having struggled on the left wing.

That gave Liverpool immediate impetus, with Diaz’s pace and trickery crafting their second of the afternoon, finding himself one-on-one with Joel Veltman on the break and squaring to Firmino for another composed finish to make it 2-2.

Then it was three, with Alexander-Arnold’s trademark dead ball causing trouble for a lacklustre Sanchez in the box and going in off the shoulder of Brighton defender Adam Webster.

Another stunning stop from Alisson kept Welbeck from nodding in a leveller, with Liverpool still far from their best defensively as Alexander-Arnold continues to show signs of mental fatigue.

It showed late on, as Kaoru Mitoma’s cross went through Virgil van Dijk and Trossard converted his hat-trick despite the goalkeeper’s efforts.

A deserved draw for Brighton, perhaps, with a late roll of the dice as Darwin Nunez replaced Thiago not heralding the result hoped for, the spoils shared at Anfield.