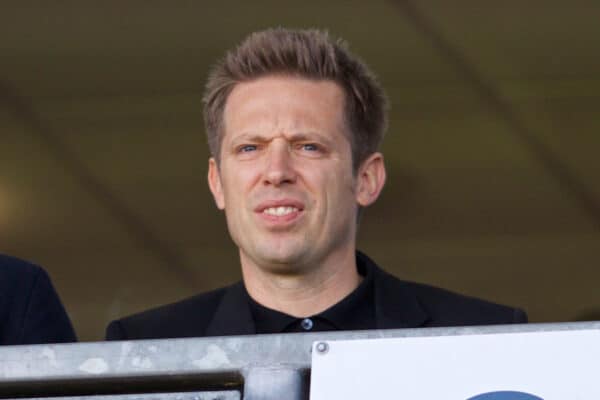 Michael Edwards left the club this summer after 11 masterful years and has been a man in demand since, but reports linking him with Man United have been described as “fiction.”

Edwards’ time as Liverpool’s sporting director ended this summer and when it was announced last November that he would be leaving, his plan was to take a break.

But that has not stopped clubs from testing his resolve, with Chelsea attempting to lure him to Stamford Bridge as the club’s sporting director under their new ownership.

Those advances were rejected with Edwards committed to his sabbatical, and the Blues have since been hunting far and wide for a sporting director, with more than four names since linked.

As for Edwards, despite being steadfast in his decision to take a break, his name is still being linked to various clubs – the latest being Man United with a “hugely attractive offer.”

That it was Football Insider spearheading the reports ought to have cast enough doubt, but social media ran with it and triggered quite the reaction.

Sky Sports’ Melissa Reddy has since reported that any talk of a deal close to being agreed with United and Edwards for next season is “fiction.”

Music to the ears of many, no doubt, such is Edwards’ prowess in the transfer market.

Reddy also reports that Edwards’ exit from the Reds did not “include contractual clauses preventing him from starting a new job immediately if he wished.”

It would take an offer “similar to Chelsea‘s” to capture his attention, one that sought to “elevate his power base” in a ‘CEO of Football’ position.

For now, Edwards is intent on seeing out his break and only time will tell where he will end up when he returns, but those of the Liverpool persuasion will hope it’s not in the Premier League.