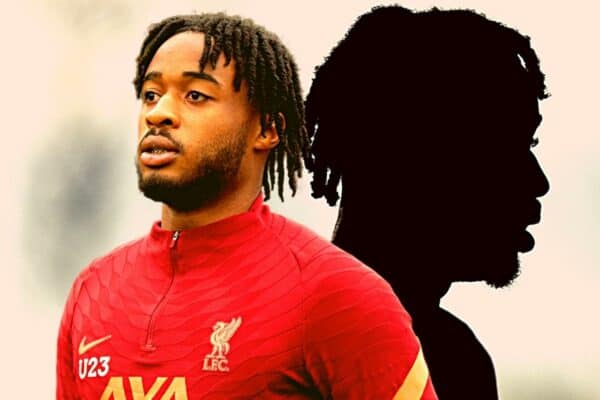 James Balagizi is among the most exciting young players out on loan from Liverpool this season, but how is the teenager faring at Crawley so far?

Balagizi has emerged as a top performer in the Reds’ academy in recent years, and would have been given exposure at first-team level were it not for two untimely injuries.

The 19-year-old is now out gaining senior experience in League Two, though, having agreed to join West Sussex side Crawley on a season-long loan in June.

At the time, manager Kevin Betsy, whose connections as a former England youth coach played a big part in securing the deal, claimed the club had “no right to be signing a player of his quality.”

Surgery on a troubling groin issue curtailed a bright start to life at his new club, but Balagizi will now be setting his sights on another big impact upon his return.

When he does so, it will be under a new manager, with Betsy relieved of his duties in October after overseeing just one win in 12 league games.

To get the lowdown on Balagizi’s loan at Crawley so far and what could come in the future, we spoke to Mark Dunford (@MarkSDunford), editor of the Crawley Observer and head of Sussex sport for National World.

What was the reaction when Crawley signed a Liverpool player on loan?

It set down a marker of how serious the new owners are and what influence the then-manager Kevin Betsy had.

The announcement of the loan came after the signing of League Two top scorer Dom Telford and on the same day as experienced Swindon defender Dion Conroy.

Those along with Balagizi joining really set the expectations high for Crawley Town fans for a successful season.

He showed his promise in the unbeaten pre-season the Reds had, but in a disappointing start to the league campaign – which led to Betsy being sacked – Balagizi was one of the bright sparks in the side during that period.

How have the fans taken to Balagizi?

They have been very impressed with him.

After a goal against Northampton Town and then two against Fulham on a brilliant night in the League Cup, he made sure he will never be forgotten by Crawley Town fans.

Reds fans appreciate someone who gives everything and is always looking to attack, and that is what Balagizi was doing before his England under-19s call-up and the unfortunate injury.

Just presented @jamesbalagizi with the @Crawley_Obby @crawleytown Player of the Month Award for August (and July!). There will be a @SalfordCityFC preview with James and Kevin Betsy up later pic.twitter.com/V6h7UZPHoE

He won our August Player of the Month award at the Crawley Observer, which is based on ratings by our journalists and the fans.

What roles has he played so far? And how has he performed?

He has played in midfield and as part of a front three.

Crawley as a team struggled with results and with the new style of football they were being asked to play by Betsy, but that style did suit Balagizi and his quality shone through.

It was easy to see why he is so highly thought of. He seemed to glide past people and has a great touch and clearly an eye for goal.

How do you predict the departure of Betsy to impact Balagizi’s situation?

I believe Betsy was the only reason Crawley were able to attract Balagizi, so it is going to be very interesting to see what happens with him when he returns from injury.

Under Betsy, it was a 3-5-2 or 3-4-3, but since Lewis Young has taken over in an interim capacity they have reverted to a 4-4-2, and I am not sure how often Balagizi would have played in that formation for Liverpool or England’s youth sides.

He is obviously very talented and can probably adapt to any style he is asked to play, but where he fits into that style I don’t know.

But if he is fully fit he should walk into the side, it’s just where he would play is the question.

It’s a big step, but could you see Balagizi playing for Liverpool’s first team?

There is clearly a lot more to come from him and who knows where his talent can take him.

The senior Crawley players have spoken very highly of him and Betsy said on more than one occasion that we have not seen the best of him yet.

So in a word, yes I could see him the Liverpool first team, but how long before that happens, I don’t know.

He probably needs experience at Championship level as well.

I always have to remind myself he is only 19, because on the pitch he is so confident and has a great presence.

If he can gain more and more experience in first-team football over the next two or three years, there’s no reason he can’t be part of a successful Liverpool first team.