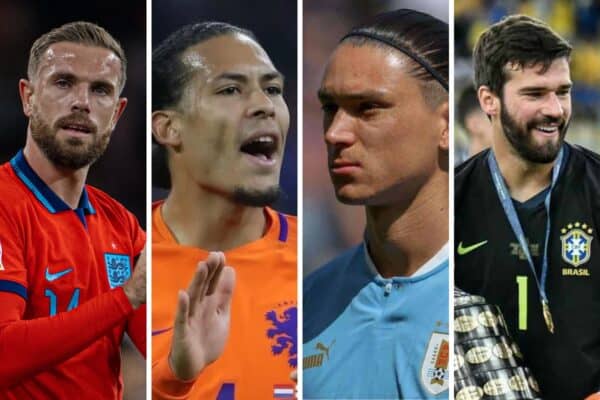 How to watch Liverpool’s 7 World Cup representatives on TV

Liverpool have seven representatives at this year’s World Cup and none are to meet until the knockout stages, if at all. Here’s how to watch them in action.

Liverpool have seven players in Qatar, the join seventh-most in the Premier League, and there’s no doubt fingers are crossed for an injury-free return for each of them.

It’s undoubtedly one of the smallest groups of World Cup representatives for the Reds, and here’s how you can watch them in action during the group stage.

In the US, the World Cup is being shown live on Telemundo and NBC Universo, which are available to live stream here.