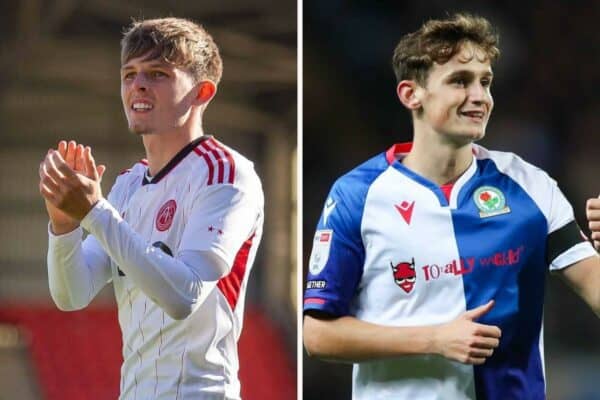 Liverpool midfielder Leighton Clarkson turned in a Man of the Match performance with a goal and assist on loan at Aberdeen this weekend.

Clarkson has found himself in a key role in Scotland, after a disappointing loan spell with Blackburn last season, with the 21-year-old a regular starter in the Aberdeen midfield.

A two-match suspension for violent conduct curtailed his progress at the end of September, but he is now thriving in a more advanced position supporting the attack.

That led to a standout display in Friday’s clash with Hibernian, with Clarkson setting up one and scoring another to earn Man of the Match in a 4-1 triumph.

His goal – Aberdeen’s fourth – was an impressive, improvised backheel after taking a touch away from danger in the six-yard box:

? Goal, assist and Man of the Match for Leighton Clarkson as Aberdeen thrashed Hibs 4-1 on Friday night.

Clarkson now has four goals and two assists in just 12 appearances for Aberdeen so far, averaging a direct goal contribution every 133 minutes.

In some ways his successor in the Liverpool academy ranks, Tyler Morton also produced a star turn this weekend as he helped Blackburn to a 1-0 win over Huddersfield.

The 20-year-old made more key passes than any other player, with three, while LancsLive‘s Elliott Jackson gave him an eight-out-of-10 rating, describing him as “the beating heart of this side both in and out of possession.”

There was less success for Conor Bradley and Owen Beck, however, with the full-back pair both featuring as Bolton lost 2-1 to Barnsley in the FA Cup.

Bradley started and played the full 90 minutes, while Beck came off the bench late on, in a game that saw ex-Liverpool midfielder Adam Phillips score a thumping goal for the opposition.

Adam Lewis fared better as Newport County beat Colchester 2-0 to progress to the next round, but Max Woltman was a substitute as League Two side Doncaster lost 1-0 to non-league King’s Lynn.

On a more positive note, Jack Bearne came off the bench to score his first-ever senior goal, though it came in Kidderminster Harriers’ 2-1 loss to Darlington.

Fidel O’Rourke also found himself on the losing side as Caernarfon Town fell to a 2-0 defeat to Penybont, but there were 1-0 wins for Marcelo Pitaluga and Anderson Arroyo.