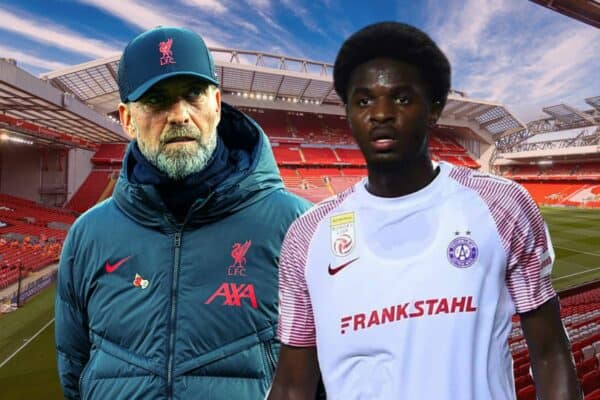 Billy Koumetio is a player Jurgen Klopp has spoken highly of since his emergence from Liverpool’s academy, but his loan spell with Austria Wien is not going to plan.

“Billy the kid,” as the Liverpool boss likes to call him, made his first-team debut and broke the record for the club’s youngest-ever Champions League player against Midtjylland in December 2020.

The following season he started the Carabao Cup tie against Leicester, and in recent years has been a regular in first team training.

Ahead of the current campaign, it was decided Koumetio, now 20, would benefit from regular game time elsewhere, with Austrian Bundesliga side Austria Wien signing the centre-back on a season-long loan deal in June.

However, having made several starts for his new team at the beginning of the campaign, Koumetio lost his place in the side, and is now turning out for Wien’s reserve team in the second division.

For more details on Koumetio’s struggles, This Is Anfield spoke to Tom Middler (@mid_5) from The Other Bundesliga (@OtherBundesliga).

Unfortunately, it’s not been a great loan spell for either party, we were excited to see him coming here, and overall had hoped for more from him.

He was benched for five of the team’s six UEFA Conference League games in a very, very poor group stage campaign, which included hammerings by Hapoel Beer Sheva and Lech Poznan, teams that other Austrian Bundesliga sides could well have beaten. Altogether, he played just 12 minutes in Europe.

The last two league games he played ended 3-3 and 2-2, and there were no clean sheets in his five games, so coach Manfred Schmid looked for a change.

It must be said that Austria Wien have some big financial issues right now, they’re trying to work their way back from the brink, and it’s not the easiest place to be on loan.

However, other young players have come in and settled in better than Koumetio in recent seasons, players like Erik Palmer-Brown for instance.

How does he compare to the other centre-backs at the club?

Austria Wien have a couple of regular starters in the full-back roles, and eventually in the middle they have opted for the experience of Lucas Galvao and the youth of Matteo Meisl or Johannes Handl in the other centre-back spot.

The thinking probably came back to the fact that if they’re going to develop a younger player, it may as well be one of their own who they will need to rely upon in the near future.

Austrian teams also get a small monetary bonus for each minute that Austrian players are on the field, making Koumetio an even less attractive option.

Can you see him working his way back into the first team fold?

It seems that Austria Vienna had hoped that Koumetio would fit in immediately at Bundesliga level in this country, but it wasn’t the reality.

We don’t really see him getting back into the position as a regular starter in the top flight here, even at the level of the second team (second tier in Austria) he has struggled for confidence.

More recently he’s been involved in a couple of key games, one in which the Bundesliga side were knocked out of the Cup by a third-tier semi-pro team, 3-1.

Koumetio was beaten in the six-yard box for one goal, and an inaccurate headed clearance and then an extremely half-hearted tackle led to another goal as Wiener Sport Club pulled off the shock of the Austrian Cup so far this season.

He was then back down with Austria Vienna II for the derby against Rapid Vienna II, where his team were comprehensively beaten by a side close to the foot of the 2. Liga table.

His movement for loose balls and rebounds was non-existent and his positioning always seemed to be off, and he didn’t really look like a standout player on the day, despite being on the field with 22 players of varying quality and experience, where someone with the pathway that Billy has could be expected to take charge and lead the team.

What have the fans made of Koumetio since his arrival?

He’s had a bad habit of giving the ball away cheaply since the first games here, and the fans therefore never really warmed to him, only making his environment probably feel even less comfortable.

What happens next? Could he return to Liverpool in January?

He looks like a player who is overthinking a bit, trying to follow too many instructions and who has lost his flow somewhat.

For that reason we can imagine him heading back to Liverpool in the winter.

Hopefully he can get back on track, but if he manages to stick around and do that in Austria, it will be all the more impressive given this inauspicious spell with Austria Vienna in 2022.

• Thanks again to Tom Middler for his insight on Koumetio. Follow Tom on Twitter @mid_5 and The Other Bundesliga @OtherBundesliga. 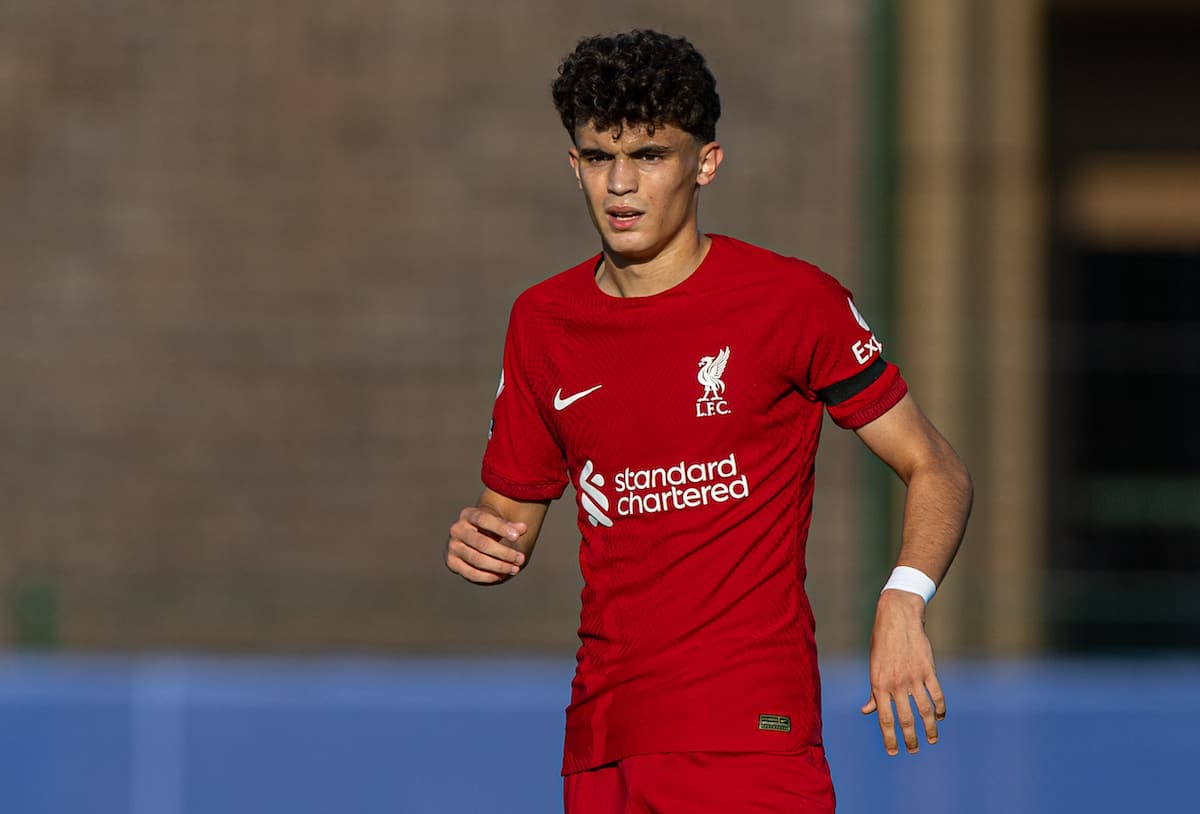 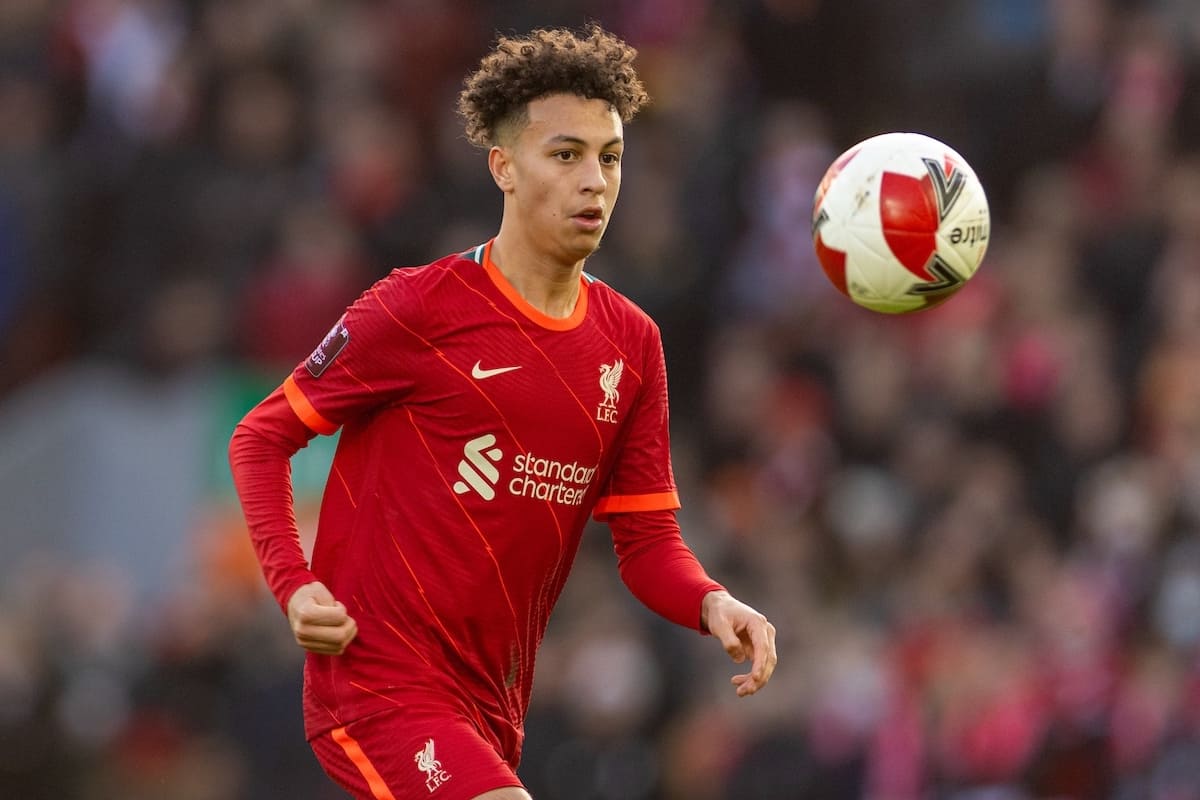 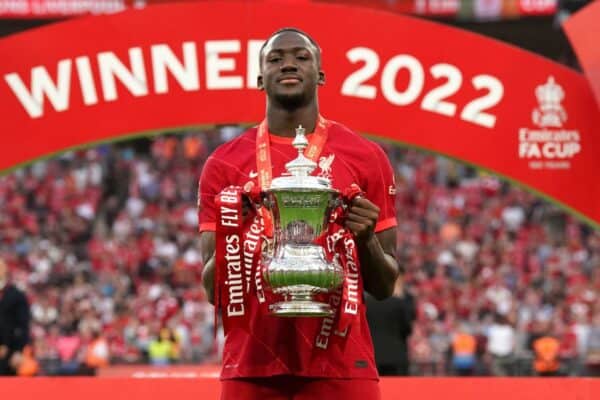