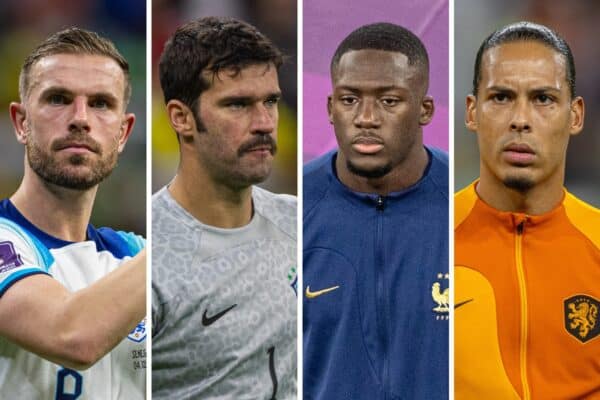 Liverpool bid seven Reds farewell for the 2022 World Cup, with one returning at the conclusion of the group stage and another leaving as a runner-up.

The Reds had only seven representatives in Qatar, the joint-seventh most in the Premier League, a number that saw them recoup £1.48 million in compensation from FIFA.

There were mixed experiences for Liverpool’s contingent, with Nunez the first to be knocked out in the group stage before all but Konate followed after the quarter-final.

The Frenchman played a significant role in helping France reach the final, which he started on the bench and played only the final seven minutes as his side fell to a shootout defeat to Argentina.

With the tournament now having come to an end, here are Liverpool’s numbers from the 2022 World Cup.