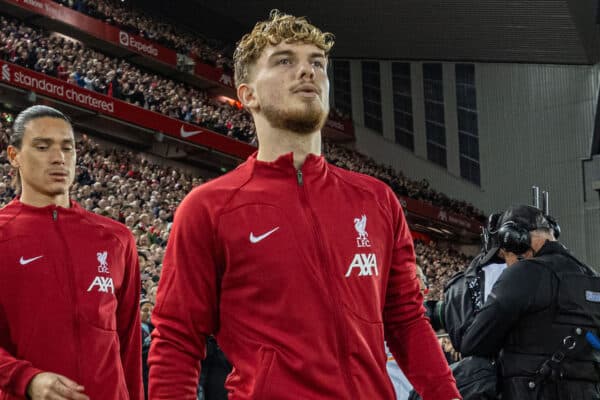 Confirmed Liverpool lineup vs. Leicester: Elliott in, Fabinho out on Anfield return

Liverpool are back at Anfield for the first time in 48 days, Brendan Rodgers’ Leicester are the visitors and face a Reds side who have made one change to their winning formula.

The Reds delivered two late Christmas presents this week, the first a Boxing Day win at Aston Villa before Cody Gakpo was unveiled as the newest signing.

The winger is ineligible to start tonight but he’s in the stands and will be watching his new teammates in action, which includes Alisson in goal.

Jordan Henderson leads the team, starting alongside Thiago and Harvey Elliott in midfield, with Fabinho absent as his wife is in labour with their first child.

From the bench, Klopp has the likes of Naby Keita, Ibrahima Konate, and Fabio Carvalho to turn to, plus youngsters Stefan Bajcetic and Ben Doak.

Liverpool can make it four league wins in a row for the first time this season tonight, against a Leicester side who have won two and lost two of their previous four Premier League games.