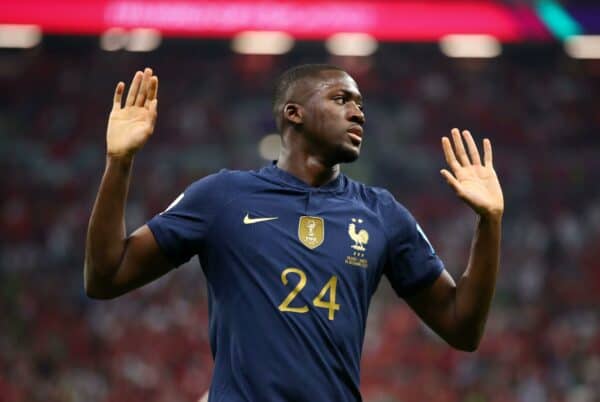 Ibrahima Konate was in a philosophical mood as he reflected on France’s defeat in the World Cup final, looking forward to “great successes” in future.

Sunday was a heartbreaking day for Konate and France, as they went the distance against Argentina in Lusail only to lose 4-2 on penalties.

It was an evening that crowned Lionel Messi’s genius, but one that has set Liverpool’s No. 5 on the path for renewed success in the future.

Konate, who won two trophies with the Reds earlier this year but also fell at the last hurdle in the Premier League and Champions League, gave his reaction on Instagram on Monday.

The 23-year-old took a positive outlook on France’s frustration in Qatar, channelling it as he set his sights on “greater successes.”

“All great successes were preceded by several great failures,” he told his 1.2 million followers.

The post, which was liked by Luis Diaz, Diogo Jota, Andy Robertson, Darwin Nunez and Caoimhin Kelleher among others, shows the Liverpool centre-back’s strong mentality.

It is one that will bode him well under Jurgen Klopp, particularly following the bittersweet campaign just gone and ahead of a crucial second half of the season.

Konate will be given time to recover following France’s defeat, with the rest of the World Cup representatives afforded a least a week’s break after when their tournament ended.

When he is back, though, it seems Liverpool can rely upon a player whose resolve has only been strengthened by failure.