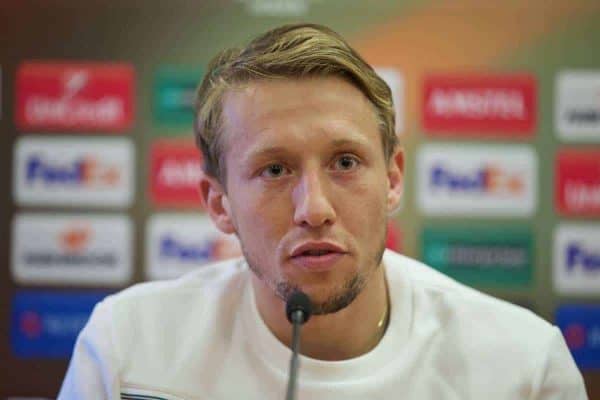 Former Liverpool midfielder Lucas Leiva has revealed a heart problem that has forced him out of pre-season training with Brazilian side Gremio.

Lucas is heading into his second season back with Gremio, having helped lead his boyhood club back to the Campeonato Brasileiro Serie A, with a rare goal helping clinch promotion.

But the 35-year-old will not be part of preparations for the 2023 campaign, after routine tests revealed a heart complication.

In a post on Twitter on Tuesday, Lucas relayed information from the Porto Alegre club which detailed an “alteration of the cardiac rhythm” which will require further tests and treatment.

“The Gremio Medical Department communicates that the athlete Lucas Leiva presented, in the pre-season routine exams, a picture of alteration of the cardiac rhythm and, consequently, is removed from physical activities until the conclusion of complementary exams and treatment of the picture.”

It is a concerning development for Lucas, who has received messages of support in the wake of his diagnosis, including from Liverpool:

We’re all with you Lucas ??

Liverpool physio Chris Morgan, who worked closely with Lucas throughout his time at Anfield, was also among the midfielder’s well-wishers:

Lucas has played 17 seasons as a senior professional, including 10 with Liverpool, which has seen him feature 583 times for the Reds, Gremio and Lazio, along with 22 caps for Brazil.

This Is Anfield sends our best wishes to a Liverpool legend. You’ll Never Walk Alone.