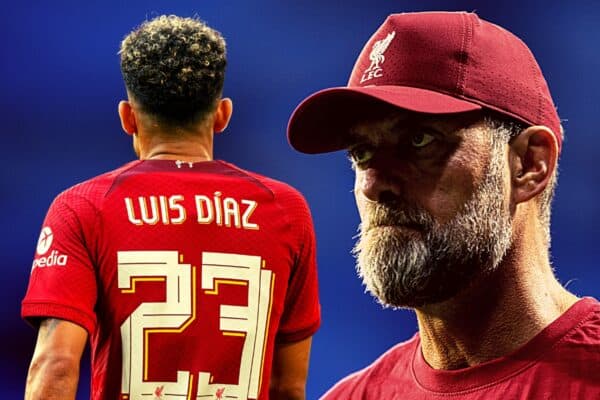 After hopes of a timely return to action from a knee injury, a long-term setback for Luis Diaz has posed further questions for Liverpool ahead of January.

A World Cup-interrupted domestic season is about to resume and for Liverpool supporters around the world, the prospect of locking horns with Man City after a six-week hiatus is probably the early Christmas present we all needed.

Unfortunately, a sucker punch landed before the festivities commenced. Before the World Cup had even reached its conclusion.

Luis Diaz, one of the shining lights during Liverpool’s difficult start to the season, has been ruled out until March with a knee injury.

The Colombian hadn’t featured since the 3-2 defeat to Arsenal at the Emirates but had joined up with the squad for winter friendlies with Lyon and AC Milan in Dubai. 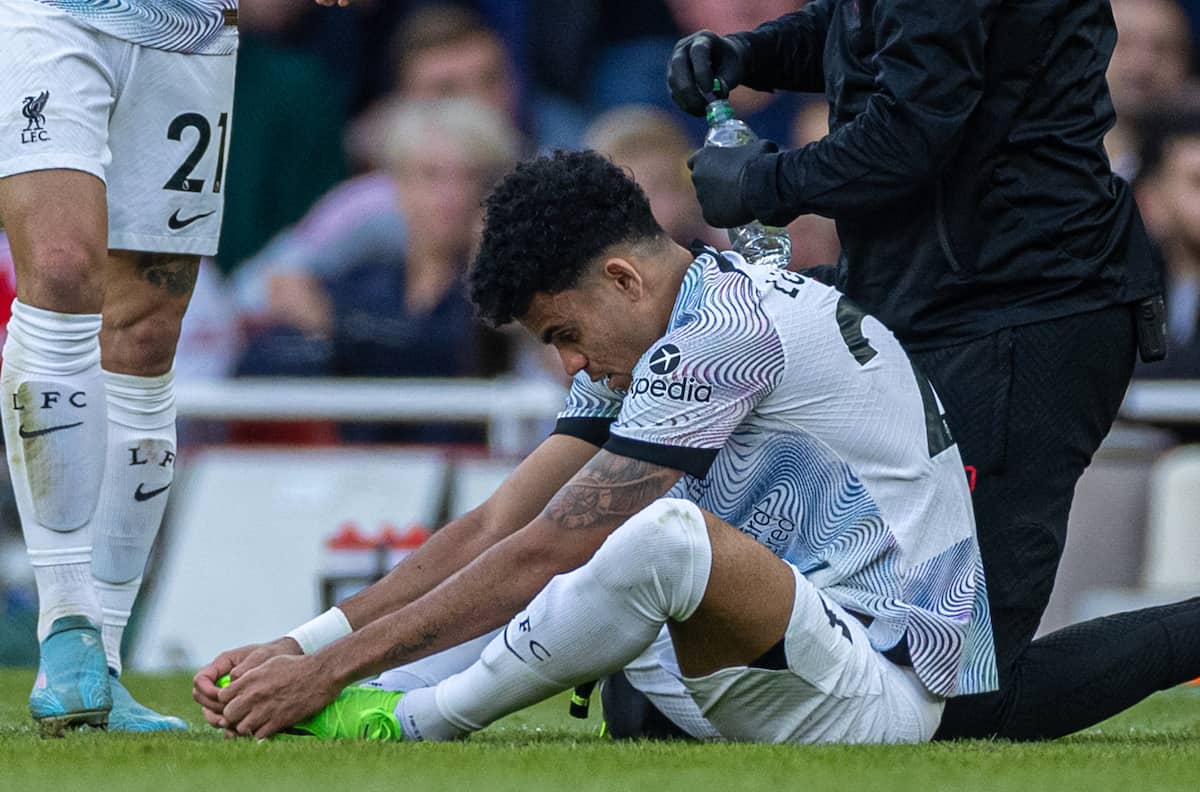 It quickly transpired that the winger would require knee surgery, adding further insult to injury and extending his spell on the sidelines to around five months in total.

It is another devastating blow in an already casualty-plagued campaign for the Reds, one which comes a matter of weeks before the January transfer window.

It is unclear just what next month is going to look like in a post-World Cup context but the general consensus is that Liverpool will need to move on a number of fronts, and that might now include the forward line.

The evolution of the front three 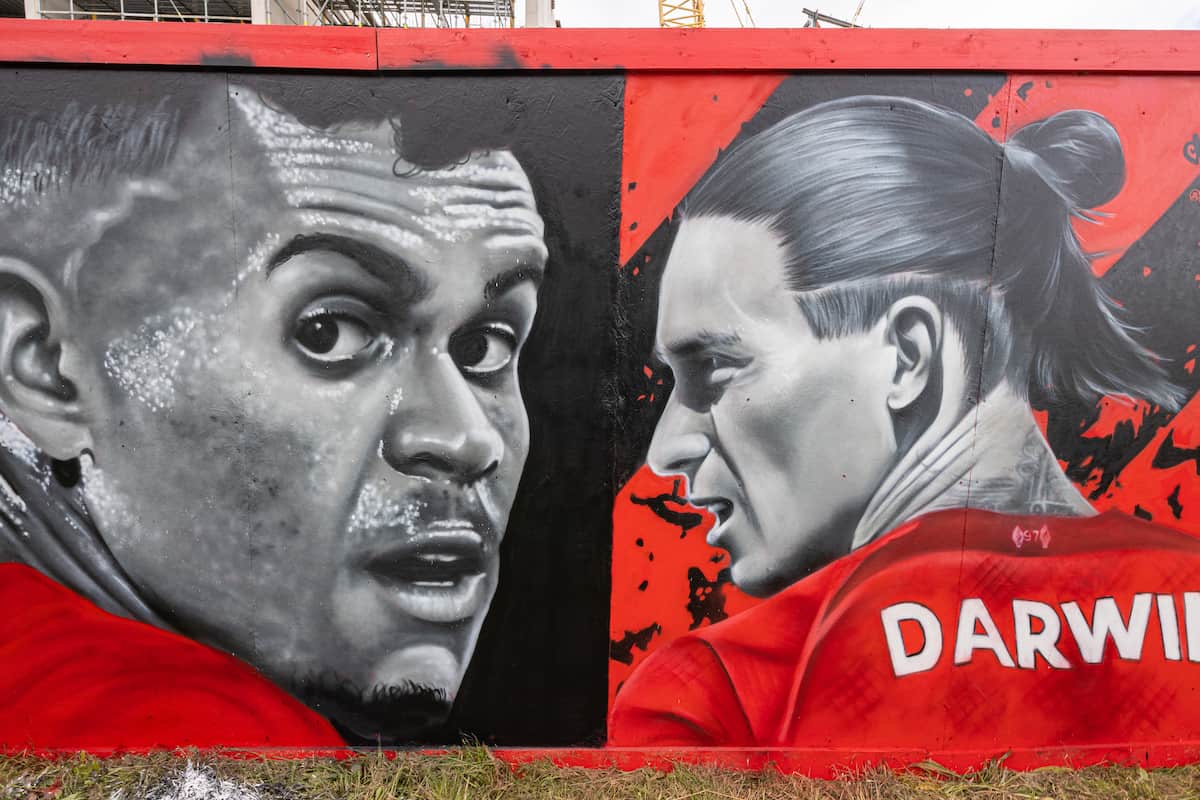 In a world where we have also seen very little Diogo Jota in 2022/23, our impressive front line has been thin on the ground in terms of availability.

And it has visibly hampered the start of the season.

With Liverpool unlikely to see the best of Diaz until the twilight weeks of the campaign, and an awful lot still to play for on all fronts, the club can scarcely afford to take the risk attached to sticking with the status quo.

The club are conducting a gradual refresh of the forward positions, and despite placing a hefty chunk of the chips on 30-year-old Mo Salah and his bumper new contract in the summer, Jota has been joined at the club by Diaz and Darwin Nunez within the space of 24 months while the next phase of Liverpool’s attack has begun to take some sort of shape. 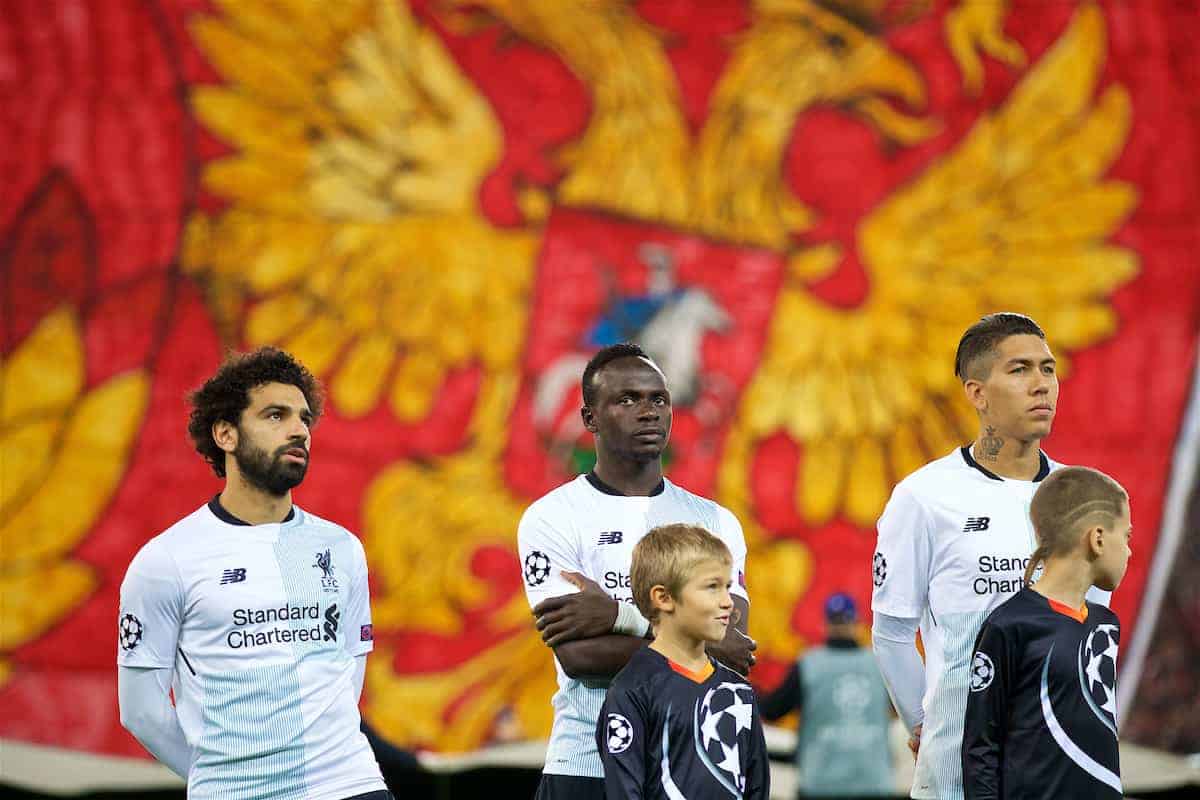 The famed front three of Salah, Sadio Mane and Roberto Firmino cemented their place in Liverpool folklore, but time catches up with everybody, and the new wave of attacking players have arrived at similar points in their careers to the originals.

It is unclear at this point whether Firmino will extend his stay on Merseyside beyond his contract expiry this summer.

But regardless of his future, there is more than enough evidence to suggest that Liverpool could benefit from an extra body in their attacking ranks.

Do Liverpool need to move now? 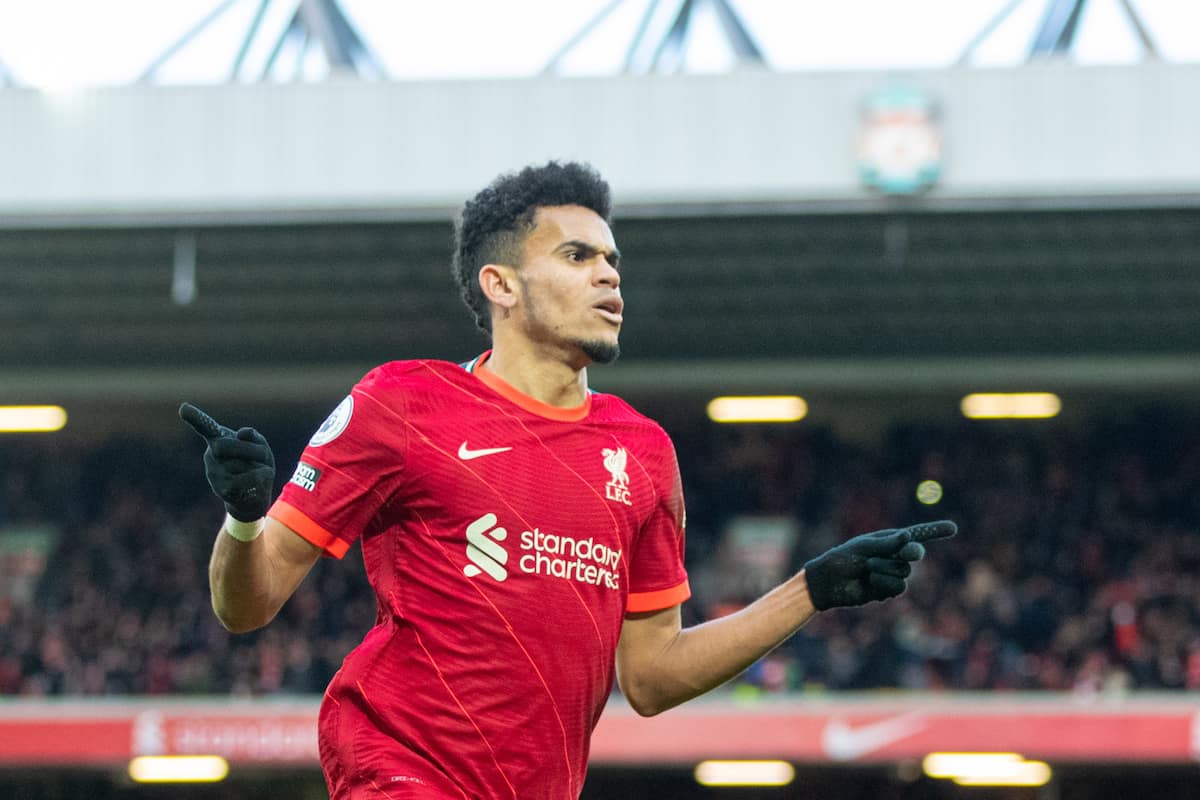 January isn’t typically a month in which Liverpool like to do a great deal of business.

But the possibility of missing out on the top four for the first time in a full Jurgen Klopp season is very much alive, and the knock-on implications could be catastrophic.

In fact, parallels can be drawn to this time last season, when Liverpool found themselves nine points behind Man City as the end of January approached.

The futures of Salah, Mane and Firmino were all in doubt and optimism was fading, but a deal worth up to £50 million was struck with Porto.

Diaz arrived and revitalised a campaign that brought three finals, two trophies and the distance to champions City closed to one point after a 19-game unbeaten run that brought 16 league wins. 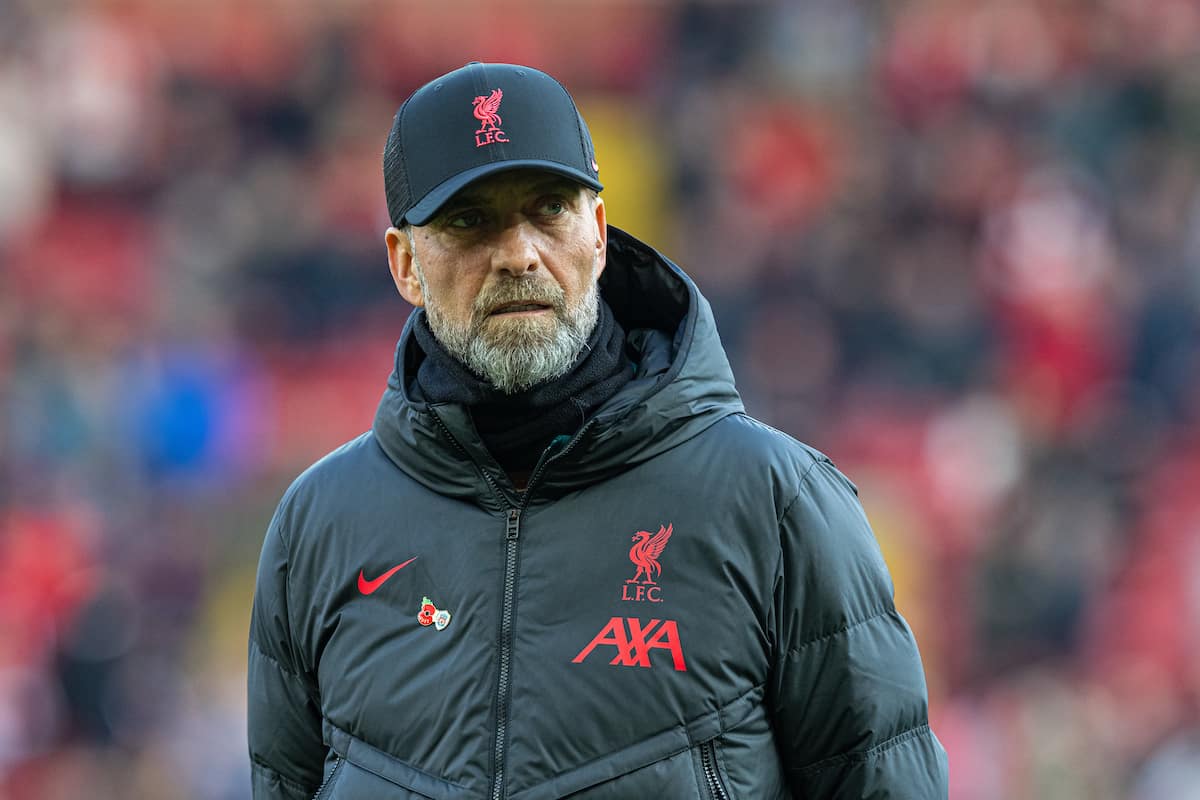 This time around, for all the noise around midfielders and links to the likes of Jude Bellingham and Enzo Fernandez, it would be reasonable to argue that adding the signing of another forward to the to-do list might be a bridge too far in terms of the immediate future.

The injuries, Fabinho’s struggles with form and the increasing age of Thiago, Jordan Henderson and James Milner have amplified the calls for midfield reinforcement, and having failed to land Aurelien Tchouameni in the summer there could well be an inquest if January concludes without the side strengthening in the middle.

It has left us with a lot to do in a short period of time, but the next five months will be vital in shaping how the subsequent seasons will look, and perhaps even contributes to the position in the queue for some of the aforementioned midfield targets themselves. 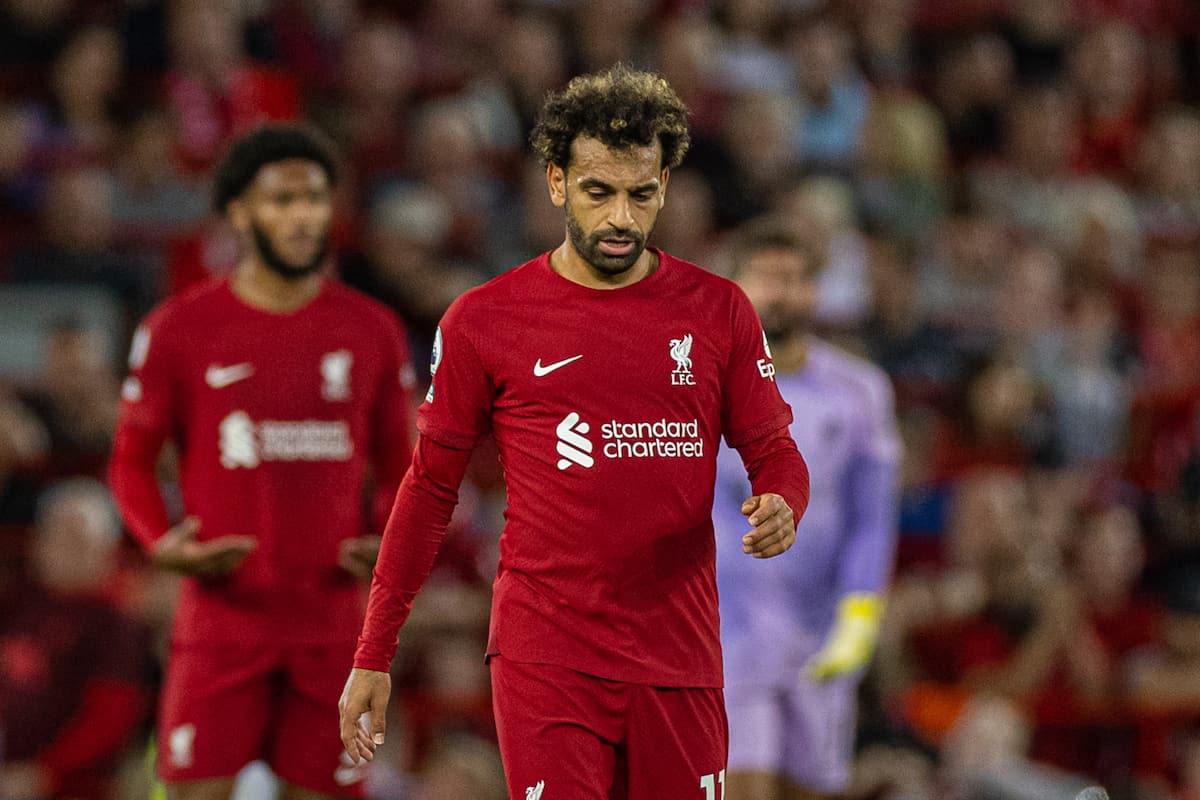 Summer departures of Mane, Divock Origi and Takumi Minamino meant Klopp’s forward options took a big hit, and when you add long-term injuries into that mix it leaves Liverpool very close to the brink in that area of the pitch.

A World Cup and lack of consistent club football have meant that silly season is very much in full flow, but links to the likes of Mohammed Kudus and Cody Gakpo could have some legs and enough credibility to pique the manager’s interest.

What exactly are we looking for? 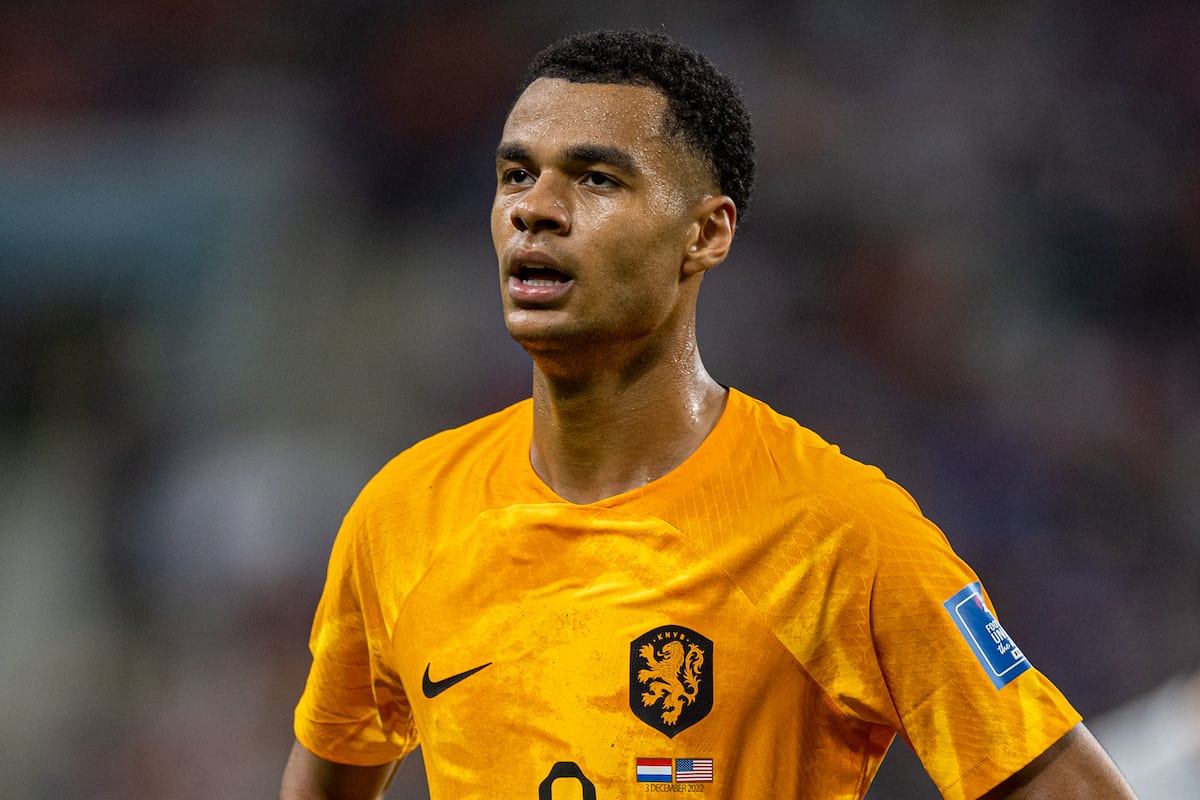 The interesting thing in this particular instance is that you could put forward a strong case to look at players in any of the front three positions, and even the age profile has the potential to be quite broad.

Kudus, for example, plays the majority of his football for Ajax up front, but the 22-year-old netted twice for Ghana at the World Cup as a right winger.

Similarly, 23-year-old Gakpo almost exclusively operates on the left for PSV Eindhoven, while for the Netherlands he is a leading, lethal central forward.

Only recently, too, came a reminder of the pursuit of a then-31-year-old Max Kruse prior to Origi’s heroics in 2019 – though the German is now firmly off the table, it suggests the club are open to adding hardened experience to the squad. 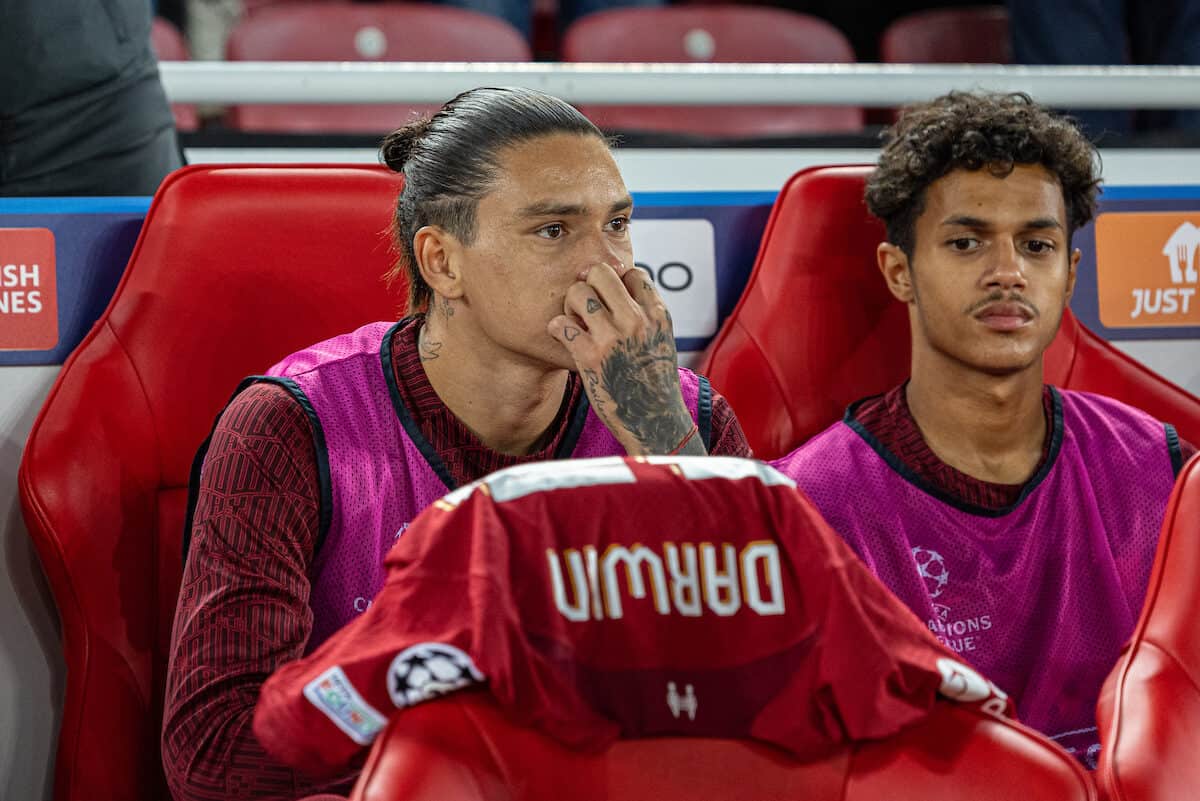 There is value in this, too, in the hopeful eventuality of needing to keep Salah, Diaz, Jota and Nunez happy and in regular action when all fit.

The short answer, however, is that Liverpool need attacking options and they need to be available whenever they are called upon.

This hasn’t always been the case in recent months.

The midfield conversation will continue to rumble on and won’t cease until the club sign at least two to refresh that area of the pitch. 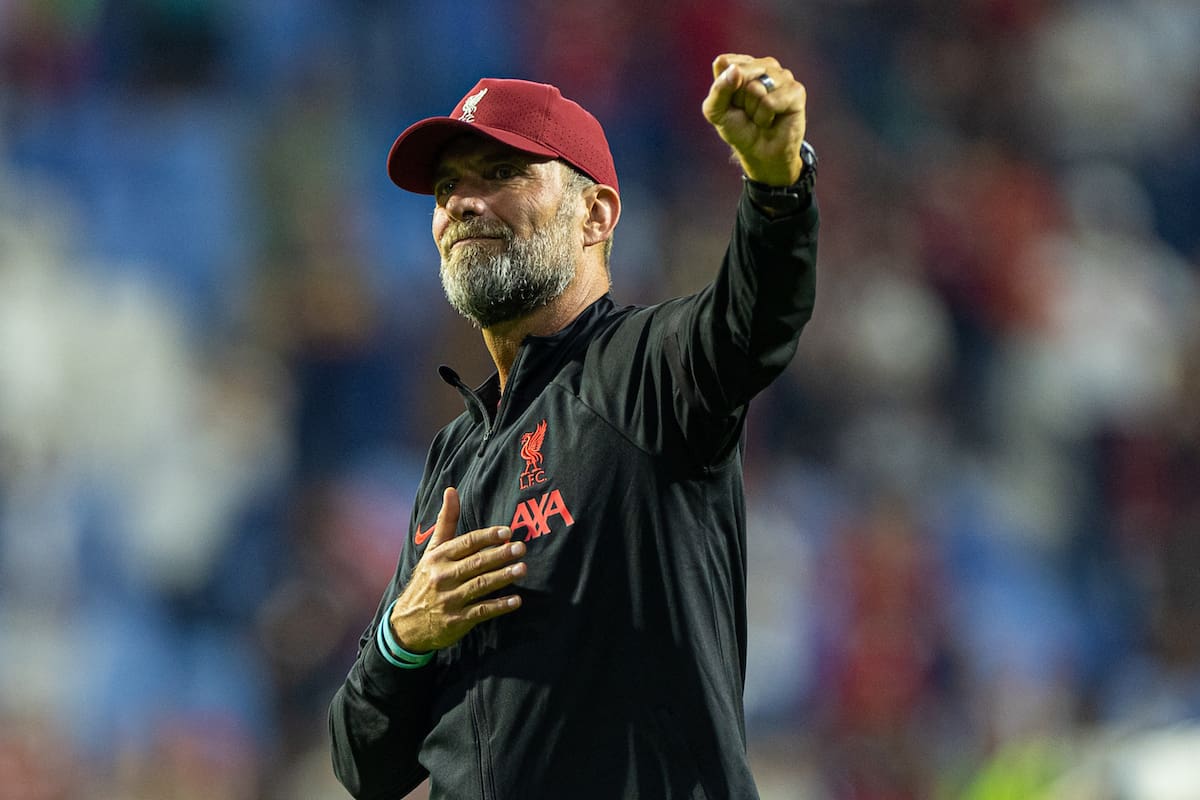 But Liverpool have already paid the price for being one attacker light during the first third of this season and may continue to do so if the balance is not addressed.

The January transfer window isn’t usually one to get excited about from a Liverpool perspective, but it might be worth keeping an eye on this one to see how it pans out.

This time last year, it was a game-changing move for Diaz in the works; now, it may need to be a similar signing to fill in.