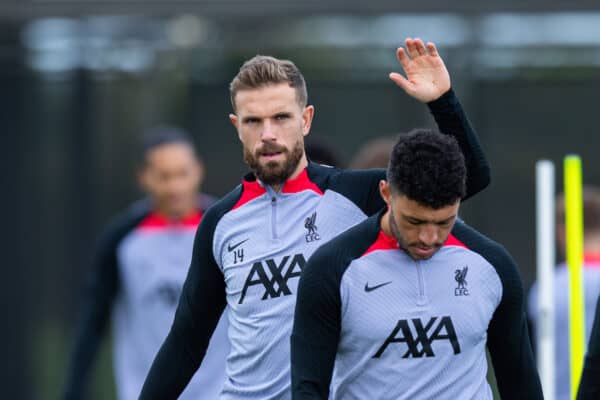 Cody Gakpo was involved in Liverpool training ahead of Saturday’s clash with Wolves, but doubts have emerged over Naby Keita along with two others.

The Reds will look to put their disappointment behind them when they host Wolves in the third round of the FA Cup, with the 3-1 loss at Brentford still fresh in the memory.

Saturday marks the first opportunity for Jurgen Klopp to call upon new signing Gakpo, who officially became a Liverpool player on Tuesday, and it is likely to come in a rotated squad.

There is a chance all three of Jordan Henderson, Curtis Jones and Calvin Ramsay are involved, with the trio back in training after missing recent games.

Henderson was unavailable against Brentford after showing signs of a concussion following the 2-1 win over Leicester, but the protocol should allow him to take part this weekend.

However, new doubts have been raised over Keita, who was not pictured at the AXA Training Centre two days before the cup tie.

There is a chance that Keita was simply not photographed, but it is not out of the realms of possibility that the Guinean has either picked up a new injury or is even set to depart the club.

Virgil van Dijk is certain to miss the Wolves game, as are other long-term absentees Luis Diaz, Diogo Jota and Arthur.

There are no other issues, with Joel Matip taking part in the session despite a misleading headline in the Liverpool Echo leading fans to believe the No. 32 could miss out.

Matip is expected to partner Ibrahima Konate in Van Dijk’s absence, though there is a chance that Klopp shuffles his pack for the cup.