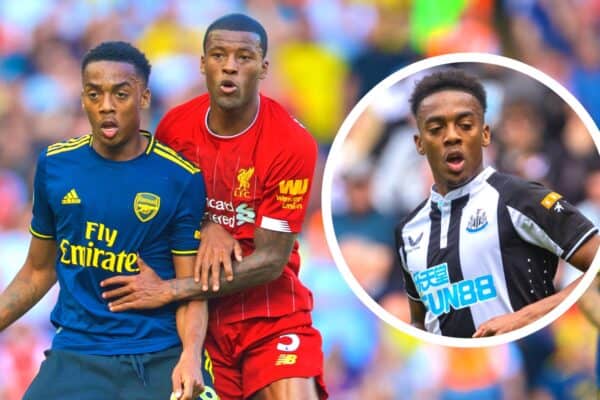 With Liverpool’s midfield regeneration failing without a replacement for Gini Wijnaldum, an interesting like-for-like alternative has now emerged.

During the Reds’ difficult eighth season under Jurgen Klopp, the focus has rightly centred on a midfield group that has not been added to since 2020.

Liverpool have not signed a first-team midfielder since Thiago, and the Spaniard is the only new arrival in the middle of the park since Fabinho and Naby Keita four-and-a-half years ago.

In that time, Wijnaldum has departed the club for Paris Saint-Germain – an ill-fated move that has since led him to AS Roma on loan.

Thiago has taken Wijnaldum’s spot on the left-hand side of the midfield three, but he has not replaced the qualities the former No. 5 brought to Klopp’s side – and should not be expected to.

A study from The Athletic notes how he is an “unquantifiable” player, but pinpoints ball retention, linkup play and preventing opponents progressing play as his key attributes.

Running these criteria through smarterscout data, looking at central midfielders who have clocked 500 or more minutes on the pitch this season, presented only two matches.

Willock, the 23-year-old who joined Newcastle from Arsenal in 2021, is described as “above average” in ball retention and linkup play, though “not to the same level as Wijnaldum.”

While he is also “not as effective” in terms of defensive input, the Englishman is still “slightly above average,” and in terms of attacking output he ranks “extremely highly” whereas Wijnaldum is “below average.”

The suggestion is, then, that Willock would be able to perform Wijnaldum’s role, particularly if his attacking instincts are curbed in a similar way to the Dutchman when he swapped Newcastle for Liverpool.

There are understandable doubts over whether Liverpool could land a deal for Willock, of course, particularly given his club’s new-found wealth.

The Athletic also ran a search of central midfielders to have clocked 900+ minutes with high output in terms of both ball retention and more defensive aspects.

Jude Bellingham was among those who fit the bill, along with the out-of-reach trio of Pedri, Gavi and Bayern Munich’s Ryan Gravenberch.