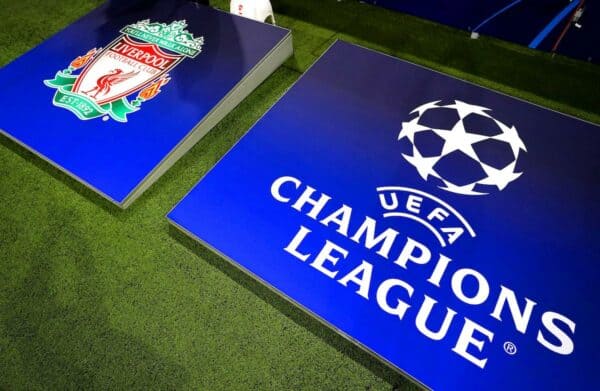 UEFA has been accused of showing contempt for disabled fans after Real Madrid refused to increase their allocation of just four wheelchair spaces for Liverpool’s last-16 Champions League tie.

Competing clubs are required to allocate at least five percent of their capacity to visiting supporters but for the second leg in March at the Bernabeu Liverpool have been given 1,800 tickets – just over half the number expected.

Wheelchair users have been restricted to only four places, which are all contained in the home end.

The Bernabeu is still undergoing renovation and has a reduced capacity of 70,000 but Ted Morris, chair of the Liverpool Disabled Supporters’ Association, claims that is no excuse.

“It’s shocking, truly shocking. For a last-16 game in the Champions League game it is just not acceptable,” he told the PA news agency.

“It’s not just wrong, it is in breach of UEFA’s own ticket regulations, which clearly state home clubs must make at least five percent of the total approved UEFA capacity of the stadium available exclusively to visiting supporters in a segregated area.

“The woefully short four bays they have given us are with the home fans. How can that be deemed as being safe?

“UEFA go on about exclusion but when it comes to disabled supporters this is exclusion, whatever way you look at it.

“It has shown contempt for disabled football supporters, not just for Liverpool but every club.”

After one initial rejection the LDSA and fans group Spirit of Shankly have asked Liverpool to fight their corner again with Madrid and European football’s governing body.

The club’s position has not changed since it issued a statement last month saying: “LFC is committed to having as many supporters as possible in stadiums for European away fixtures and continues to develop its systems and processes to fill allocations at every away game.”

It is understood UEFA has written to Liverpool about the dispute but in a statement it said: “We are aware of this matter due to the ongoing renovation works taking place at the Santiago Bernabeu stadium since last season.

“UEFA is in contact with both clubs regarding the ticket allocation for this match.”

It is the second time in eight months the LDSA has accused UEFA of discrimination after receiving just 38 places for the Champions League final at the 75,000-capacity Stade de France.

“After what happened at the Stade de France and the experience of our disabled supporters it goes against everything UEFA say about being for inclusion on their Access for All document, which sets out minimum standards for disable supporters in Europe,” added Morris.

“What did we see at the Stade de France? Wheelchair tribunes being used as TV studios.

“To do this, just eight months after Paris, is shocking as our supporters will have paid for the travel and accommodation knowing in a 70,000-seater stadium our regular travellers would qualify for a wheelchair bay.”

Morris said the LDSA had been told the reason for the reduced allocation at the Bernabeu in May was based on security reasons.

“If there are some security concerns we need to be made aware of them so disabled supporters from our club can make an informed decision about whether they want to travel to that game,” he said.

“Disabled football supporters shouldn’t be allowed to be discriminated against in this way.”