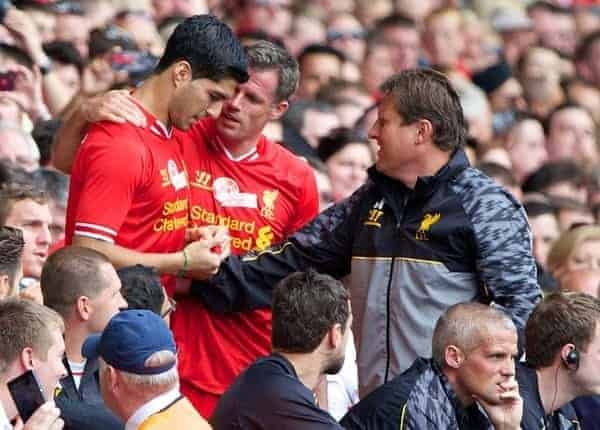 Liverpool fans have taken to Twitter to vent their frustrations and disbelief at Luis Suarez’s quotes to several British newspapers on Tuesday night.

With the Liverpool squad in Norway for Wednesday’s friendly at Valerenga, Suarez spoke to the newspapers, telling them he feels betrayed by the club for not letting him leave to a Champions League club this summer.

The 26-year-old Uruguayan believes he had a spoken agreement with the club that he could leave if Liverpool didn’t qualify for the Champions League.

Here are just a selection of what fans on Twitter have been saying in the light of these explosive quotes tonight:

@thisisanfield – I'll give him a round of applause when he does and iI'll help him pack! Just how is he going to repay the ban for biting?

Remember when Suarez promised Dalglish he would shake Evra's hand? Terrible when somebody doesn't keep a promise isn't it @luis16suarez

Liverpool are better off with Suarez playing for no one than Suarez at Arsenal and Liverpool with 50m they can't spend wrt 4th place.

I have lost my respect for Suarez completely

The club will use #Suarez ban/behaviour against him,this is making ridicule of of our club,just get him gone £50mil #Thanks

Liverpool stood by Suarez when he twice embarrassed them. Now he deserts them. He's shameless. #lfc are strong. They'll survive without him

Let us know your thoughts on Suarez’s latest quotes in the comments below, or on Twitter @thisisanfield