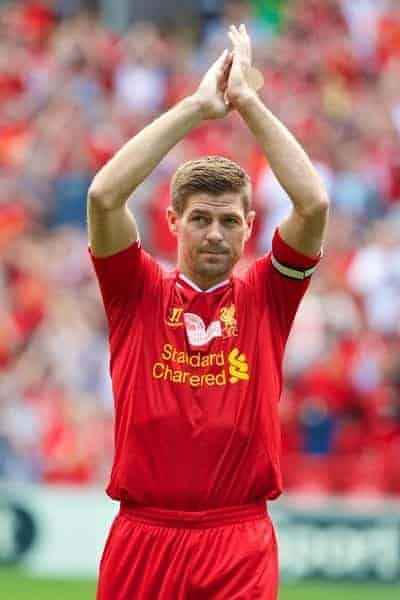 A full house at Anfield stood to give Steven Gerrard a rousing reception on his appearance from the tunnel for his testimonial match on Saturday afternoon.

Liverpool ran out 2-0 winners over Greek side Olympiakos, and there were tributes to Gerrard throughout the afternoon, including playing appearances from club legends Jamie Carragher and Robbie Fowler.

Gerrard, who started the game and played until the closing stages when he was substituted for Jay Spearing, earning a standing ovation from the Anfield faithful.

He told the club’s official website, “It went perfectly. We got a good win, had a good test, we got a fitness workout out of it and the supporters were fantastic.

“I need to give a huge thank you to all the Olympiacos team and staff for coming over and giving us a good contest. It was a good test for us.”