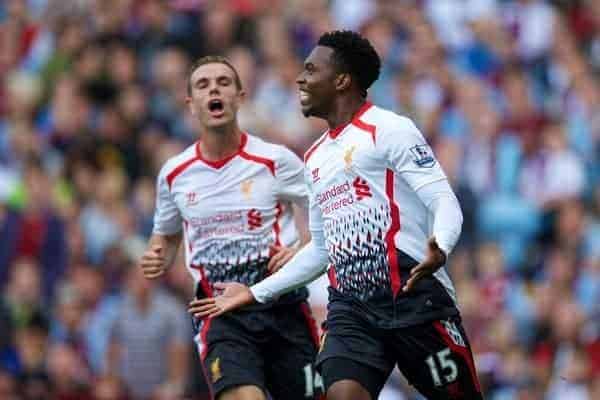 Watch the match highlights of Liverpool’s victory over Aston Villa on Saturday.

Daniel Sturridge‘s emphatic first half finish was the only thing between the two sides as Liverpool left Villa Park on Saturday maintaining their 100% start to the season.

The Reds now have six points from their opening two games, and Sturridge has grabbed the winner in both.

Next up for Brendan Rodgers’ men is the test of David Moyes’ Manchester Utd, who face Chelsea in their second game of the season on Monday night.