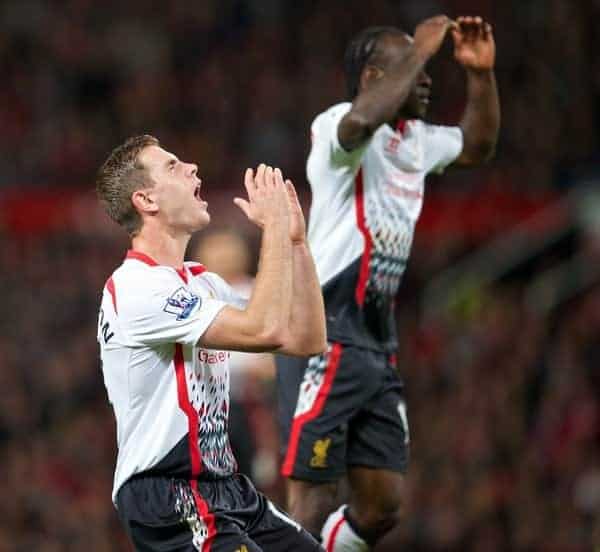 Liverpool are out of the Capital One Cup at the third round stage after losing 1-0 to Manchester United at Old Trafford on Wednesday night. In a very entertaining game, and a much improved Reds performance to that of Saturday’s defeat to Southampton, a single Javier Hernandez goal at the beginning of the second half separated the two sides.

Hernandez struck home on the volley from close range from a corner – yet another illustration of Liverpool’s defensive frailties from set pieces.

Luis Suarez made his return to action following his 10-match ban, playing the full 90 minutes and coming close on more than one occasion. His second half free-kick from just outside the box was deflected onto the bar by David De Gea in United’s goal.

Jordan Henderson also came close late on, his whipping cross being turned onto the post by De Gea.

Brendan Rodgers also opted to play his first team stars, saying before kick-off that he believed the team had enough time to recover from tonight before Sunday afternoon’s visit to Sunderland in the Premier League.