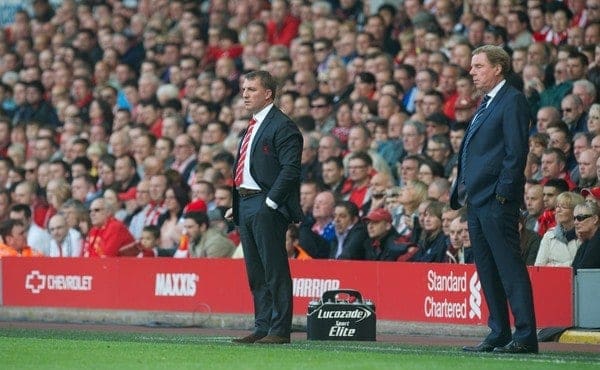 Harry Redknapp claims Liverpool boss Brendan Rodgers would have been his assistant had he been given the England manager’s job in 2012. Redknapp, who is now at QPR, was in the running for the England manager’s job alongside Roy Hodgson – with the latter being given the nod.

Look at Brendan at Liverpool now — he still knows how he wants to play. He got rid of Andy Carroll because he wasn’t in that plan. That is how Spain operate: this is how we play and we don’t compromise.

My thinking on Brendan was this: if he can do it with players from the lower leagues at Swansea what can he do with Rio and Terry or Rooney and Gerrard?

So when Tottenham played Swansea on April 1, 2012 I pulled Brendan after the game and said that if all the speculation about me and England was true would he consider coming to the European Championships in the summer as my part-time coach?

I told him I wanted England to play with as much technical ambition as Swansea. He was up for it.

Redknapp, who was Tottenham manager at the time, claims he received a text message from Liverpool captain Steven Gerrard, among others, saying he would love him to manage England.

Redknapp certainly gets one thing right, commenting on The FA, saying that “English football being run by people who really haven’t got a clue”.